A24 got ahead of the Independence Day wide release competition yesterday with the opening of their Sundance Janicza Bravo directed thriller Zola which took in $505K at 1,468 theaters for a 6th place rank. The movie, based on the zany Twitter thread, boasts 88% Certified Fresh on Rotten Tomatoes and is expected to bring in $2M-$4M in a weekend over 5 days where the top three spots will be owned respectively by Universal movies (over a 3-day basis): the second weekend of F9 (~$28M), The Boss Baby: Family Business ($15M+) (also available on streaming service Peacock for purchase) and The Forever Purge ($10M+). It’s the first time that a major studio owned the top three slots at the weekend box office since Sony during Feb. 11-13, 2005 with Hitch, Boogeyman and Are We There Yet?

Zola follows a Detroit waitress (Taylour Paige), who strikes up a new friendship with a customer, Stefani (Riley Keough). The latter seduces Zola to join her on a weekend of dancing and partying in Florida. What at first seems like a glamorous trip full of “hoeism” rapidly transforms into a 48-hour journey involving a nameless pimp, an idiot boyfriend, some Tampa gangsters and other unexpected adventures in this wild, see-it-to-believe-it tale.

I’m told that the crowd for Zola yesterday and through its Tuesday night previews were young and diverse. For 25% of the ticket buyers, it’s their first movie back during the pandemic. In some theaters, 50% of the audience polled said Zola repped their first trip back to the cinema. 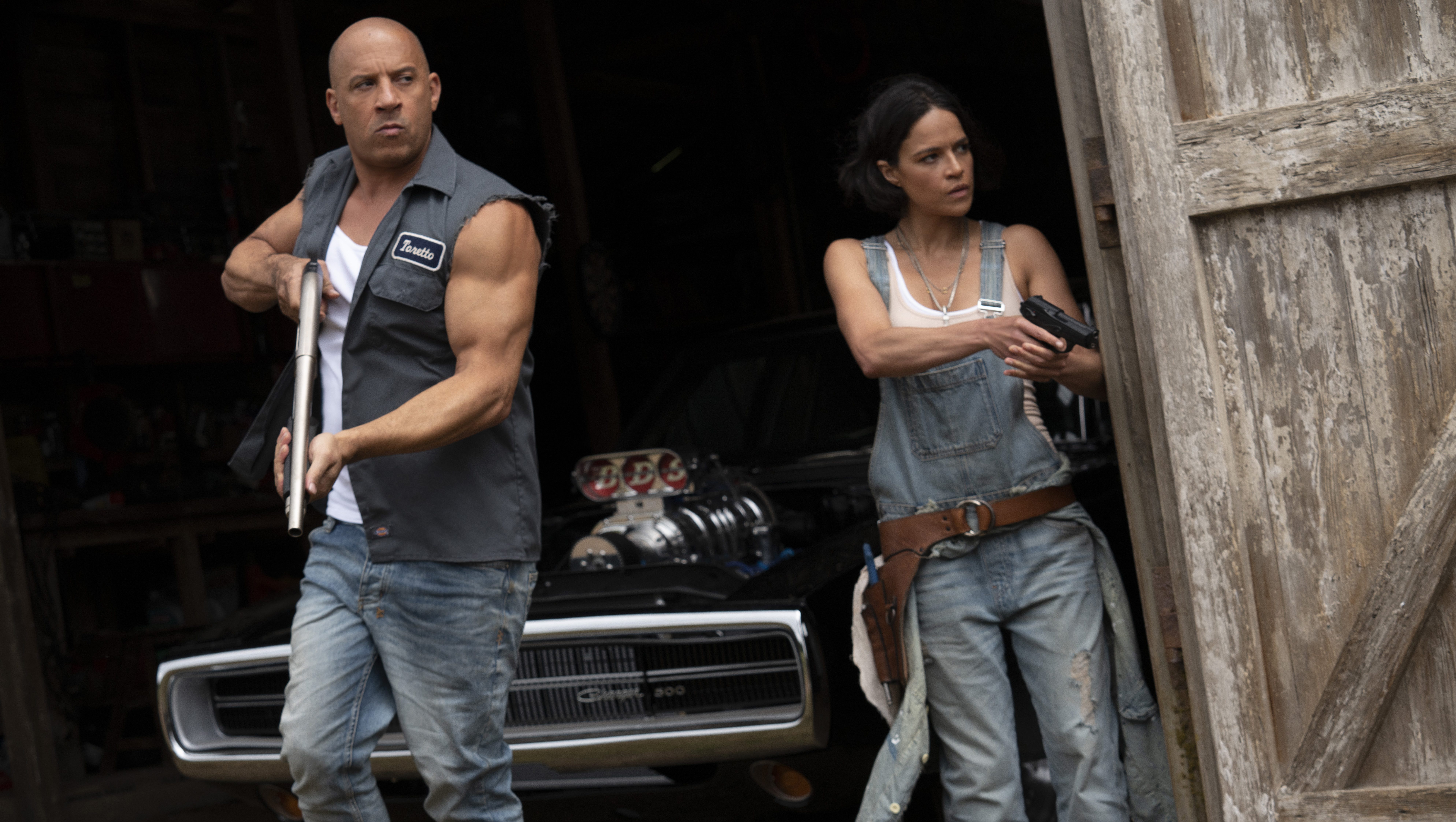 Meanwhile, Universal’s F9 led Wednesday with $5.02M at 4,179 theaters, taking its running domestic total through six days to $88.1M. That is not the biggest Wednesday to date during the pandemic, rather the second-best, after Warner Bros.’ opening day of Legendary’s Godzilla vs. Kong ($9.7M). F9 should easily become the fastest movie to cross $100M during the pandemic, beating A Quiet Place Part II‘s 15-days to that milestone. Lionsgate’s The Hitman’s Wife’s Bodyguard posted a first Wednesday (and opening day) of $3.9M on June 16, while A Quiet Place Part II‘s first Wednesday grossed $3.87M. The Paramount genre sequel made $930K yesterday (-5% from Tuesday) in 2nd place at 3,124 theaters taking its running stateside total to $139.3M.