A 14-year-old boy, who became paralyzed after a tornado tore through his home in December, has walked out of the hospital.

Kyle Koehn and his family's home in Dresden, Tennessee, was leveled during a tornado that ripped through four states last year.

“[I] heard the house start splintering and that’s the last we remember until we woke up in the field,” his father, Darwin, told St. Louis NBC affiliate KSDK.

Most of Kyle’s family wound up about 180 feet from the home, while he landed a few yards away.

“He was moaning,” Darwin said. “And I said right there, ‘That boy is hurt bad.'”

Kyle says that he didn't recall much of the pain right after it happened, but he remembers it being "cold" and "wet."

“He had a fracture that involved every vertebrae in his back,” said Dr. Connie Simmons, a pediatrician at Ranken-Jordan. “He had no feeling from his belly button, basically, down.” 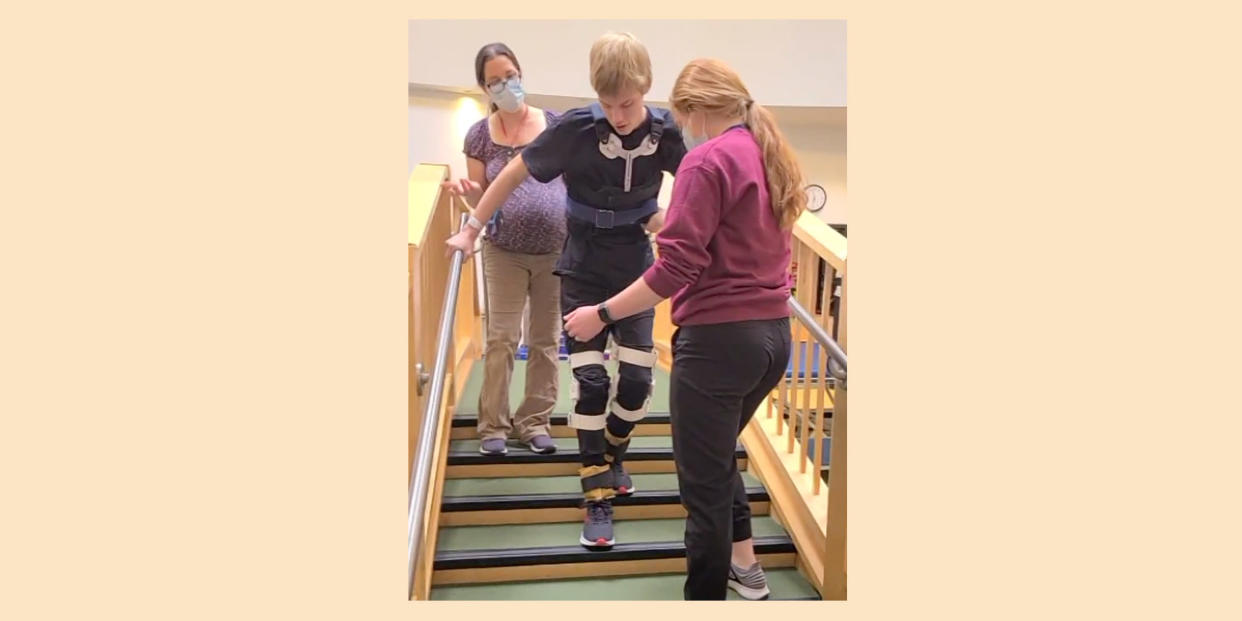 Kyle quickly realized that learning to walk again was not going to be easy, but his team pushed him to keep going.

Kyle's family also couldn’t be with him during the first half of his recovery because his parents were tending to their own injuries from the tornado back home.

“The first time we saw him was here six weeks later,” his mother, Kimberly, said. “That’s how long it took for us to recover enough to travel up here.”

Despite the obstacles, Kyle persevered, going on a treadmill and working with therapists to walk down stairs.

“We knew that this was a kid that was going to fight hard,” Simmons said.

In addition to his community, Kyle remains grateful for all the support he’s received from his team of doctors and therapists.

“They’ve been wonderful, couldn’t ask for better,” he said.

And while Kyle's road to recovery is still underway, Simmons remains hopeful that he will "continue to improve" and "return to some fun teenage activities."