‘The 19th Hijacker’ author James Reston, Jr. spoke with Fox News about the tragic events of 9/11 and how accidents surrounding Flight 93 could have changed history.

Had it not been for a series of happenstances surrounding Flight 93 on September 11, 2001, the U.S. Capitol could have easily suffered decimation and countless more lives would have been lost on that fateful day, says author and Woodrow Wilson Center Global Fellow James Reston, Jr.

In the years since 9/11, the hijacking of Flight 93 has been overshadowed by the other hijacked flights that crashed into the World Trade Center and the Pentagon. 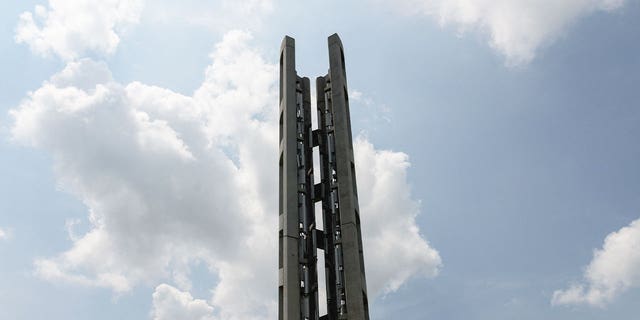 But Reston, author of the book, “The 19th Hijacker,” a novel about 9/11, believes this is precisely because of the fact that the heroic passengers on Flight 93 put their lives on the line to revolt against the hijackers, and that the plane never reached its intended target, widely believed to be the U.S. Capitol.

The “extraordinary act” by which the passengers revolted against the four hijackers, is well-known, said Reston. But it was a confluence of factors, he believes, that ultimately derailed the terrorists’ mission and saved lives.

“Here is the possibility of the utter decimation, destruction of the U.S. Capitol, and it’s only 20 minutes away from actually happening,” Reston told Fox News in an interview. “And the fact is that that there were a series of happenstances, accidents of history, whatever you want to call it, that allowed the event to play out the way that it did. Had any one of those happenstances not taken place, I think the attack on the Capitol would have been successful.” 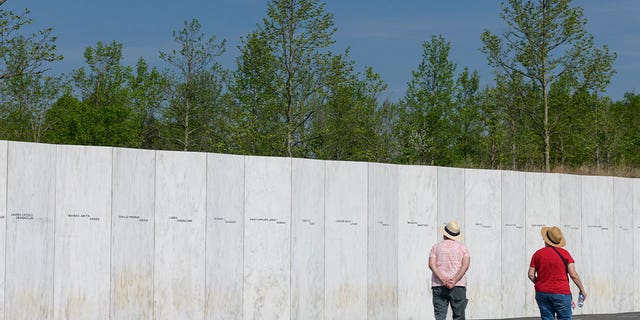 People visit the Flight 93 National Memorial in Shanksville, Pennsylvania on May 26, 2021.
(/AFP via Getty Images)

The terrorists had intended all four hijacked planes to hit the World Trade Center, the Pentagon, and the U.S. Capitol within just minutes of each other. But Flight 93, which was bound for San Francisco from Newark, N.J., was delayed for around 25 minutes before finally taking off. The hijackers also waited much longer (the plane was over Ohio by then) to take control of the plane.

“Those two things alone led to the absolutely critical point of the story, which was that the passengers had about 25 minutes to decide what they were going to do after the hijacking took place,” Reston said.

Flight 93 was also different from the other hijacked flights in that the passengers were able to use their cell phones and call their loved ones – who informed them about the attacks on the Pentagon and the World Trade Center.

Reston believes that if the plane had left on time, there wouldn’t have been the possibility of a “Democratic vote” in the back of the plane to storm the cockpit and overwhelm the minders – the hijackers tasked with keeping the passengers under control.

Also was the fact that the three other hijacked planes had five hijackers, whereas Flight 93 had just four. The fifth terrorist, Mohammed al-Qahtani, was originally part of the plan but was apprehended in August 2001 while trying to enter the U.S. from Dubai.

The Flight 93 hijackers, who were “scrawny and diminutive,” were no match for the passengers on board, which was “dotted with athletes,” Reston said. 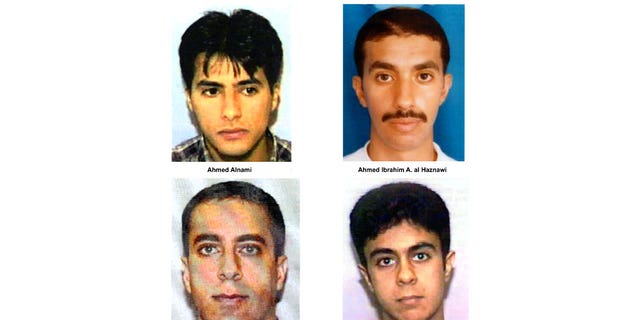 Among the passengers, “there was a quarterback, there was a bungee jumper. There were two 200 pounders. There was a weightlifter. There was an all-star field hockey player … That’s a total accident of history,” Reston said. “So, they got together in the back of the plane and discuss [revolting]. They know they’ve only got a few minutes to do this. And in a Democratic vote, they decide to storm the cockpit.”

In the final moments, Ziad Jarrah, who was piloting the plane crashed into a muddy field in Shanksville, Pennsylvania – killing all 44 people on board.

Reston said he was inspired to write a novel of the hijacking of Flight 93 from a conversation he had 10 years ago with Lee Hamilton, who was the co-chair of the 9/11 commission. Their conversation, Reston said, homed in on Jarrah, who was from Lebanon, unlike the hijackers who were mostly from Saudi Arabia, and had been raised in a middle-class family.

Reston, who is a senior scholar at the Woodrow Wilson Center in Washington, D.C. and has written numerous books, said he was interested in how a man like Jarrah, given his background, could be “persuaded to become part of such a horrendous operation.”

“People have asked me two questions continuously: One, ‘why did I write it as a novel as opposed to a factual book?’ And that’s an easy answer, that the facts simply were not there about the perpetrators. They were all dead. So how would you ever ferret out factually what their motivations were? Unless you imagined it?” Reston said. “And the second [question] was, ‘is your novel a sympathetic portrait of one of the terrorists?’ And the answer to that is absolutely and utterly not in any way, shape, or form is it a sympathetic portrait.

“But the trajectory of that one life from a very fine family in Beirut, Lebanon, through Hamburg, Germany, to training in Florida to New York to the mud of Shanksville is an amazing trajectory of one life. And I wanted to try to see if I could understand how it could possibly happen.”