A new US Congress begins. Here are 5 things that make it different

Washington: It’s a new year and after a historic US midterm election, America has a newly divided government. The new session of Congress begins on January 3, with Republicans in control of the House of Representatives however tenuously, while Democrats have managed to retain the Senate. Here are a few things you should know:

It will be younger than ever and include the first Gen Z member of Congress. Let’s face it: many of the folks in Congress aren’t exactly spring chickens. Outgoing Democratic House Speaker Nancy Pelosi, for instance, is 82. Senate Minority Leader Mitch McConnell is 80, the same age as President Joe Biden. And Republican Senator from Iowa, Chuck Grassley, is 89. 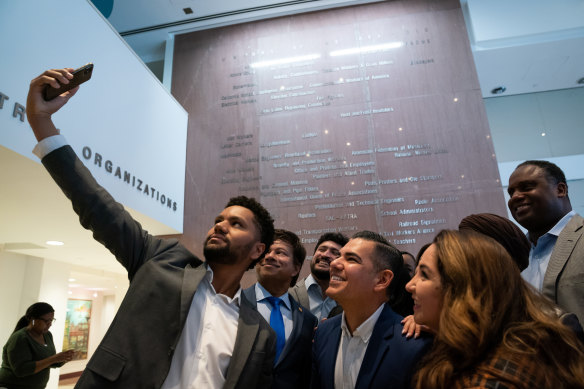 According to the Congressional Research Service, the average age in the last Congress for House of Representatives members was 58.4 years and 64.3 years for Senators. This Congress, however, will be the youngest in recent history, with the average age falling by about 2.5 years.

About 18 new members will be in their 20s or 30s, including 25-year-old Maxwell Alejandro Frost, who will be the first person elected from Generation Z (those born in the late 1990s or early 2000s).

Frost cut his political teeth as the national organising director for March for Our Lives, the gun control group born out of the tragic Stoneman Douglas High School mass shooting of 2018. Not surprisingly, the Democrat from Orlando, Florida, places gun reform high on his agenda, along with addressing America’s housing crisis – something he experienced personally when he tried to find a place to live in Washington before starting his new job.

“Just applied to an apartment in DC where I told the guy that my credit was really bad,” Frost tweeted. “He said I’d be fine. Got denied, lost the apartment, and the application fee. This ain’t meant for people who don’t already have money.”

The new Congress will be stacked with plenty of Donald Trump loyalists and election deniers. One of the big take-outs from last year’s midterm elections was Trump’s failure to install most of his of election-denying candidates into critical state and federal positions. 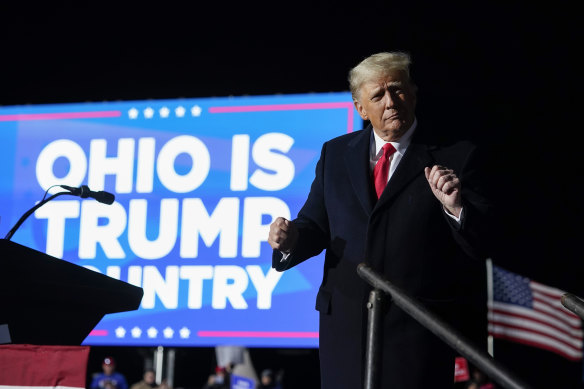 Former President Donald Trump dances after he finished speaking at a campaign rally in support of the campaign of Ohio Senate candidate JD VanceCredit:AP

But while many of the people he endorsed lost their state-based races (former TV presenter Kari Lake in Arizona; retired military officer Doug Mastriano in Pennsylvania) there are still almost 150 people in the new federal Congress who have suggested Biden’s victory was rigged. Most of them were re-elected incumbents: from Colorado gun rights activist Lauren Boebert, to fellow far-right Florida Republican Matt Gaetz.

And some fresh faces who will join them. The most high-profile is venture capitalist and Hillbilly Elegy author JD Vance, who asserted the 2020 election was stolen from Trump, and will now represent Ohio in the Senate. Former Trump aid Max Miller, who helped plan the January 6 rally that preceded the incendiary attack on the US Capitol, also won his race in Ohio and will now sit in the House of Representatives.

Republicans’ hold on power will encourage probes of Democrats and others. The new House Speaker will need to balance extremist demands for investigations and culture wars with the leadership needs of his or her party. In a telling sign, Kevin McCarthy has agreed to weaken his own power to win the needed backing of far-right representatives.

There will be a flurry of investigations. While the Republican “red wave” failed to materialise at the midterms, the party narrowly won enough seats to hold the majority in the House. This gives it control of key committees and the power to launch several investigations against the Democrats.

James Comer, the top Republican on the House Oversight Committee, has already promised to aggressively probe the financial dealings of Biden’s son, Hunter, who Republicans have long accused of profiting from his father’s roles as Senator and vice president to Barack Obama.

Republicans have also suggested they may examine the botched withdrawal from Afghanistan in August 2021, in which 13 service members were killed by a suicide bomber outside Kabul airport as Americans and Afghans sought to evacuate the Taliban-reclaimed country.

Former White House health adviser Dr Anthony Fauci is also likely to be grilled as part of an investigation into how COVID-19 spread from China, as could Homeland Security secretary Alejandro Mayorkas, who some Republicans want to impeach over the growing crisis at the US-Mexico border.

It will be more diverse than it’s ever been: Politics is often known as predominantly “pale, male and stale” but the tide is gradually turning in the corridors of power on Capitol Hill.

In addition to members being younger, there will be a record number of Latinos – 34 Democrats and 11 Republicans in the House of Representatives – along with more Asian Americans and Pacific Islanders, more black women and more openly LGBTQ members.

Among Democrats, one notable shift was the elevation of Hakeem Jeffries, who was unanimously elected last month to replace Nancy Pelosi as the party’s top leader in the House. This makes the 52-year-old New Yorker the first black American to hold such a high-ranking position.

Freshman Democrat Becca Balint will be the first woman and openly gay person to represent Vermont – the last state to elect a woman to Congress – and former Democratic mayor Robert Garcia from California will become the first LGBTQ immigrant elected. 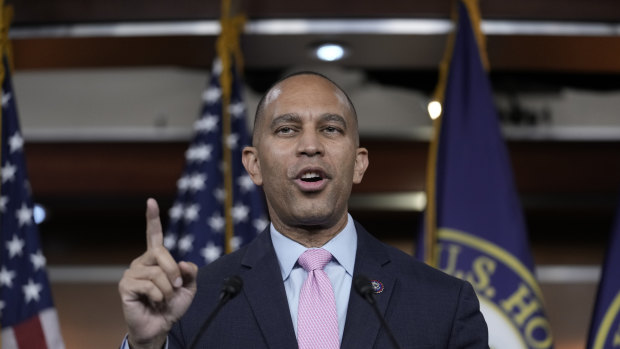 Among Republicans, victories by John James in Michigan and Wesley Hunt in Texas will bring the total number of black Republicans in Congress to five, the most since 1877.

There’s a fabulist in the House. Politicians are known for spinning the facts, but New York Republican George Santos, (a bit like Trump himself) appears to simply invent stories. Santos is the newly minted Congressman whose political career could end not long after it begins. Indeed, merely weeks after being elected, Santos is already getting calls from both sides of the aisle to stand down after getting caught out in a web of lies.

While campaigning, the 34-year-old depicted himself as an accomplished Wall Street veteran who studied at esteemed institutions and had a Jewish heritage.

He claimed, for example, that he was an “associate asset manager” at Citigroup and also worked at Goldman Sachs, until both companies told The New York Times they had no record of him. 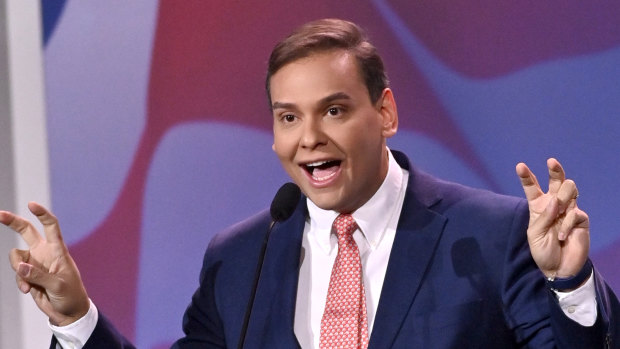 He also said he graduated from Baruch College in Manhattan with a bachelor’s degree in economics and finance and studied at NYU, both also untrue.

And he claimed that he was Jewish, but when doubts about this also emerged, told a local publication that what he really meant was: “I’m Catholic, but I’m also Jew-ish — as in ‘ish’.”

Despite admitting that he fabricated his resume, Santos has so far rebuffed calls to resign. The question is, for how long can he resist the pressure?