Able seaman, 22, accused of groping colleague is cleared of charges

Able seaman, 22, accused of bending colleague over and groping her while saying ‘if I could, I would’ is cleared of sexual assault 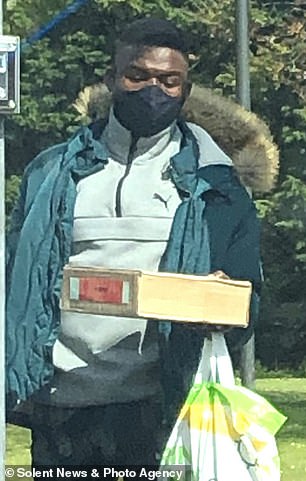 Able Seaman Muhammad Hussaini Bulama, 22, made the sleazy comments to two male colleagues before bending over the woman and touching her crotch, a court martial heard

A Navy man was today cleared of sexual assault after it was claimed he bent a female colleague over and groped her.

Able Seaman Muhammad Hussaini Bulama, 22, was cleared of one charge of sexual assault by the board who deliberated for just 20 minutes at Bulford Military Court, Wiltshire.

The court heard how the logistician, of Worthy Down Barracks in Winchester, said of a female colleague: ‘if I could, I would’ to two male colleagues.

The woman is said to have been chatting with two colleagues on the staircase of a Royal Navy training base accommodation block at HMS Raleigh, Cornwall, last June.

They were then joined by Mr Bulama who was accused of making the sleazy remark before proceeding to bend her over ‘at a 90 degree angle’.

Whilst doing so, the Able Seaman was accused of touching her crotch over her overalls.

After he left, the shocked female sailor asked the others: ‘Did you just see? He grabbed my f***y’.

Bulama was then reported by one of the witnesses a few days later and interviewed by military police.

However, he was cleared of the charge after he told the court that he had simply been trying to demonstrate a physio move and had only touched her back.

In an interview with the police, recorded and played to the court, the woman, aged in her 20s said: ‘He grabbed me and bent me over so I could not move.

‘He put his arm around me and had his hand on my crotch area. I was frozen and then laughed it off with everyone.’

She described Bulama’s action to the court as ‘firm but not aggressive’ adding ‘to me, it was in a sexual way’. 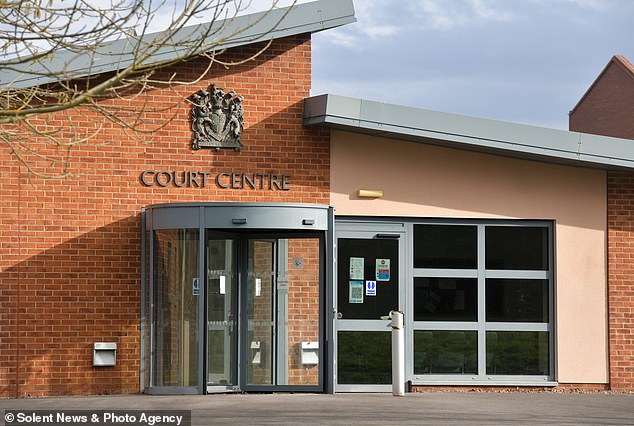 Mr Bulama claims he was simply demonstrating a physio move to help her with an injury, a martial at Bulford Military Court was told

Prosecutor William Peters described it as a ‘brief incident of opportunistic sexual touching’.

The court heard that Mr Bulama told officers that just before bumping into the woman, he had been watching physiotherapy videos on social media.

He said he knew she had an injury so he decided to demonstrate a physio technique he called a ‘back shot’ in order to help ‘bring your back into a normal shape’.

He denied bending the woman over and said she was leaning forward slightly with ‘bad posture’ with one hand on her back and the other at his side.

Mr Bulama, who was awarded for being an ‘outstanding recruit’, was told by Judge Alastair McGrigor: ‘You are now free to go back to your normal duties.’