AN AFGHAN refugee has sparked a social media frenzy after sharing a snap of his tiny food ration at Fort Bliss – with many likening it to a pathetic meal from Fyre Festival.

After managing to escape the Taliban on an evacuation flight from Kabul, Hamed Ahmadi is now living in a tent with 70 others at the military base in El Paso, Texas. 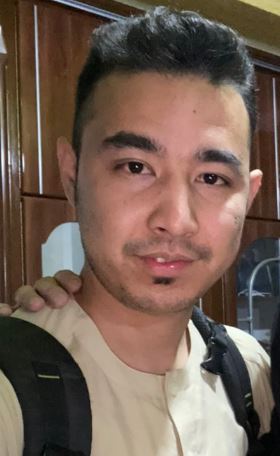 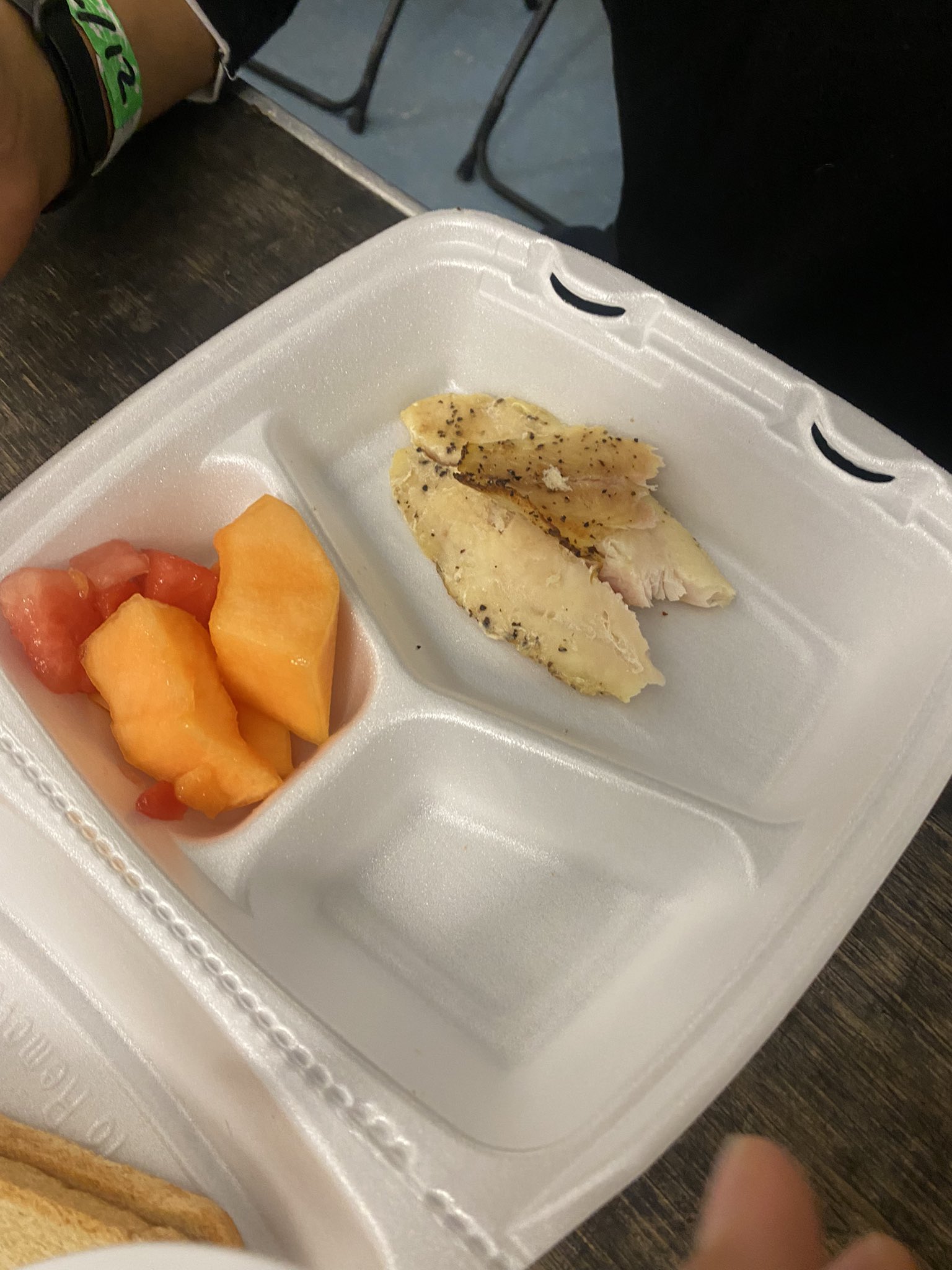 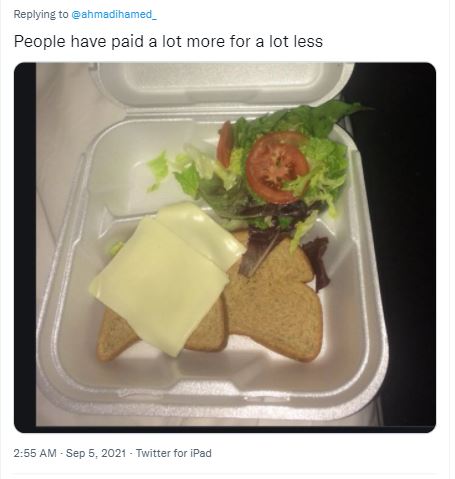 Food supplies are having to be stretched as more refugees arrive at the site, and so the 28-year-old decided to share a snapshot of his experience online.

He posted a photo on Twitter of a few pieces of chicken, some chunks of fruit and a slice of bread, which he said would have to last him until his next ration was given out in another 12 hours.

"Not complaining but this is what I got last night for dinner and the next meal is 12 hours later," he wrote.

"Refugee life might be safe but never easy & favorable."

Many were quick to point out the meager ration resembled a meal from the disastrous Fyre Festival in 2017, which promised people a VIP experience in the Bahamas.

Fstival-goers became stranded in a miserable situation after forking out thousands of dollars for tickets, with the gourmet food they were promised turning out to be two pieces of bread, two slices of cheese and a handful of salad in a takeaway box.

Twitter users compared the meals, with one sharing a picture of the sad cheese sandwich from the doomed festival with the caption: "People have paid a lot more for a lot less."

But while some sympathized with his situation, others slammed Ahmadi and even demanded for him to be sent back to Afghanistan.

One person responded: "More than happy to fly you home and trade you for the service dogs. Just ask. One way ticket, on me."

Another added: "So we rescued you from Afghanistan and are giving you food that the taxpayers are paying for and you have the nerve to complain?"

A third wrote: "Maybe you could sell the iPhone you're tweeting from and get yourself several 5 (star) meals. Or, trade places with many homeless American veterans."

Others offered support, however, with one replying: "You are absolutely allowed to complain, this is nothing.

"Refugee still have rights and it's ridiculous that you are getting fed so little."

Another said: "My heart goes out to all the afghanis who had to leave their country and family.

"It’s never easy leaving your motherland behind. And I am sorry to see this is the food you are getting. I hope it was better."

But Ahmadi has defended his post, saying he was trying to show people that life as a refugee is not glamorous.

"The point of that tweet was not … to be complaining, to be very critical,” he told The Independent.

"I was just describing a situation of Afghan refugees that are in the situation that they never really wanted to be in.

“I had a pretty good job back in Kabul. I had a decent life. I had my family. I was forced to flee Afghanistan.

"If I had more space [on Twitter], I would have added more explanation – because I wanted to say that this is the refugee life. And we need to be patient."

Ahmadi did not want to flee Afghanistan, but felt compelled to as he felt he "was in danger" as he had a strong social media presence, sharing people's stories "at the grassroots level".

He told the outlet that his brother died just two months ago fighting the Taliban, while one of his sisters died of Covid last year.

Another of Ahmadi's sisters – who is pregnant – remains in Afghanistan, but is in hiding in fear as she had been a member of the Afghan police force. 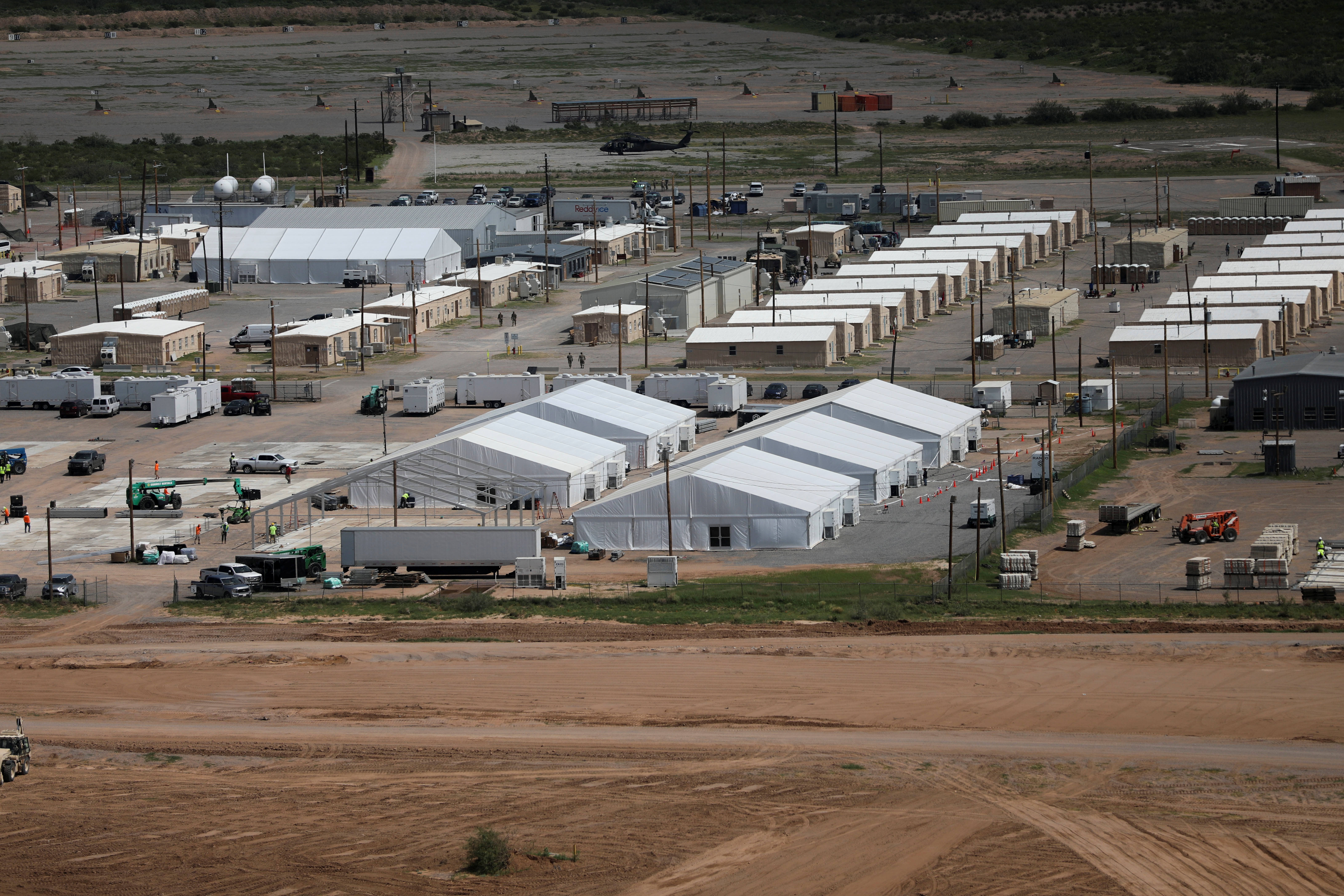