Another 100 migrants defy winds to cross Channel as 2022 total goes past 12,000 at more than double the rate of last year

Nearly  100 migrants have crossed the English Channel by small boat today – after last week saw the total number of arrivals so far this year exceed 12,000.

Despite windy conditions, around 90 people were escorted into in Dover, Kent on board Border Force catamaran Typhoon shortly before 9am.

Several migrants raised two fingers in a ‘V for victory’ sign as the vessel approached the shore, while another waved at onlookers. 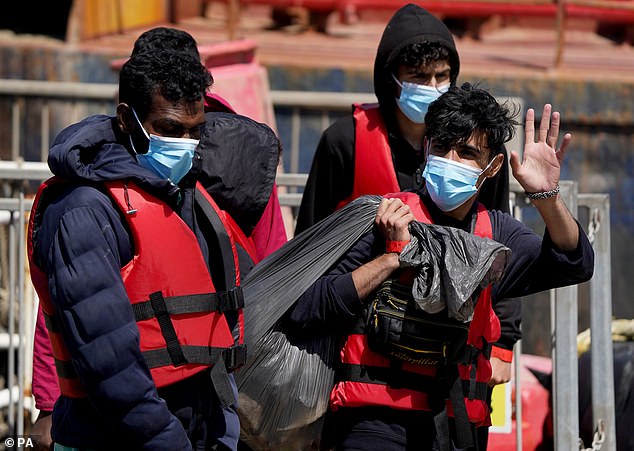 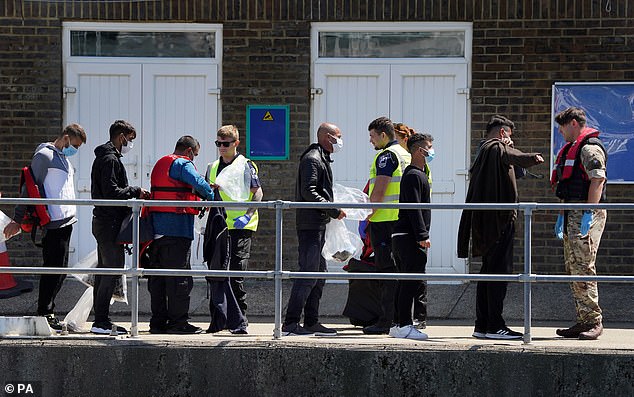 So far this year, according to the Ministry of Defence, 12,149 people have successfully crossed the English Chanel, compared with 5,906 in the same period last year 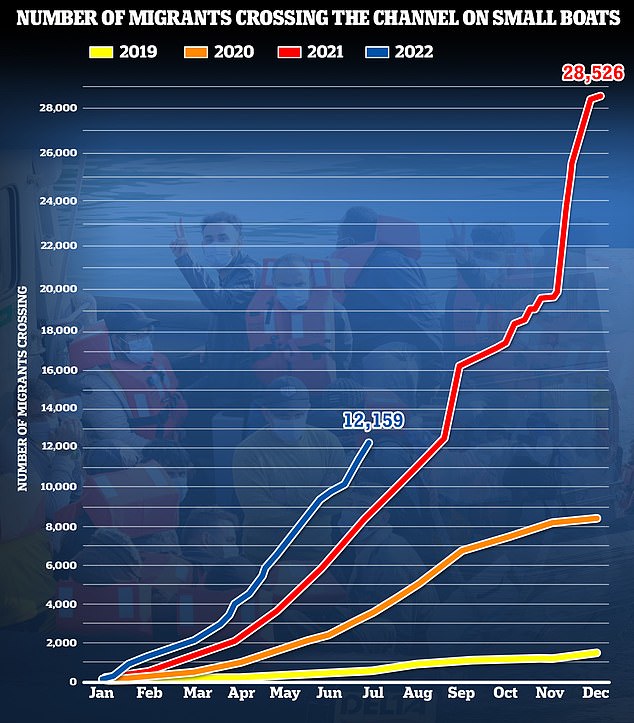 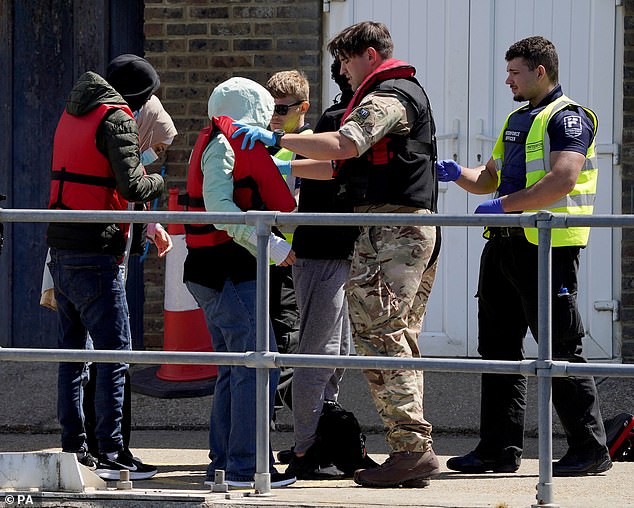 The migrants were dressed in thick coats, gloves and scarves, and wrapped in blankets, after battling wet and windy conditions at sea

They could be seen dressed in thick coats, gloves and scarves, and wrapped in blankets, after battling wet and windy conditions at sea.

The migrants are continuing to cross the channel despite the Government’s plans to offshore them to Rwanda for processing. However, the Home Secretary Priti Patel was forced to cancel the £500,000 flight at the last minute after an intervention by the European Court of Human Rights.

According to official figures released by the Ministry of Defence (MoD), 12,159 people have made the perilous journey across the 21-mile Dover Straits in 366 boats so far this year – more than double the 5,906 migrants who arrived in the same period in 2021.

Despite forecasts of stormy weather, 231 people reached British soil in five dinghies or other small craft on Friday, June 24.

According to the MoD no migrants were detected crossing the Channel in small boats over the weekend.

So far this month 2,595 people have reached the UK in 64 boats. The busiest day was on June 14 when 444 migrants were intercepted in the Channel by Border Force staff. 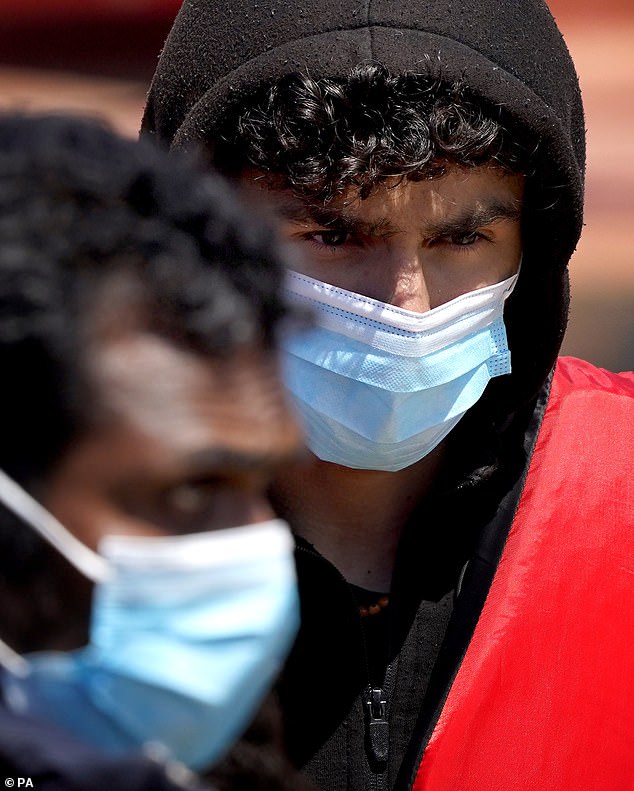 According to the MoD no migrants were detected crossing the Channel in small boats over the weekend. 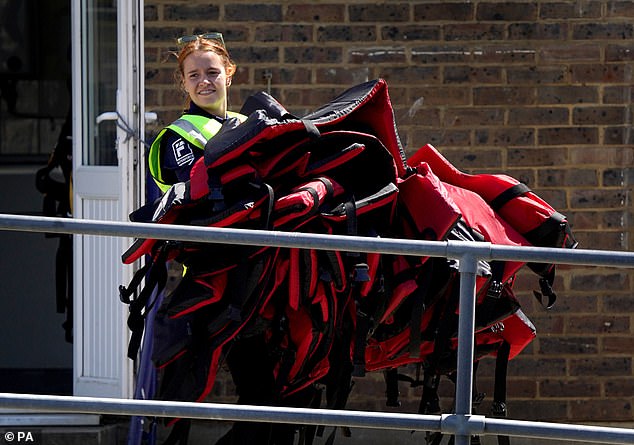