AMANDA PLATELL: Why are we letting Osama bin Laden's right hand man in

Why are we letting this terrorist back on UK streets? Asks AMANDA PLATELL after Osama bin Laden’s right hand man was freed from US prison because he’s too fat

Why in Heaven’s name are we allowing a convicted terrorist and mass murderer to return to Britain to live in our midst?

On Thursday, Osama bin Laden’s right-hand man — responsible for plotting the U.S. Embassy bombings in East Africa which killed more than 200 — flew in from the States after being freed from prison there.

Adel Abdel Bary, a 60-year-old father-of-six, enjoyed a reunion with his wife Ragaa in their £1 million council flat in North London’s fashionable Maida Vale. And from now on, he’ll be free to walk the streets.

Adel Abdul Bary after he appeared at Bow Street Magistrates court in July 1999. He returned to the United Kingdom on Wednesday after being freed from a New Jersey detention centre

Adel Abdul Bary, then 54, wipes away tears while pleading guilty in Manhattan in 2014 before Judge Lewis Kaplan over terror charges related to the 1998 bombings in Africa

It beggars belief that such a dangerous man is on the loose again in Britain. A man the Government battled in the courts to extradite to the U.S. where he was jailed for 25 years — only to be released early on ‘mercy’ grounds after arguing he was so fat his life was at risk.

Bary’s always known how to work the system — particularly the broken British one. We gave him asylum here in 1993 even though he was on the run from Egypt where he was known to be leader of the Islamic Jihad.

Now he is back, once again posing a threat to all of us. Back, with his wife, presumably living in that chi-chi flat at our expense.

What must the families of those he has murdered in terrorist atrocities be feeling? Or the millions of Britons in desperate need of social housing, more than 100,000 of whom have been waiting for more than ten years. Not that bleeding-heart lawyers and Lefties such as Jeremy Corbyn and his ally John McDonnell seem to care. Predictably, they opposed Bary’s extradition to America. 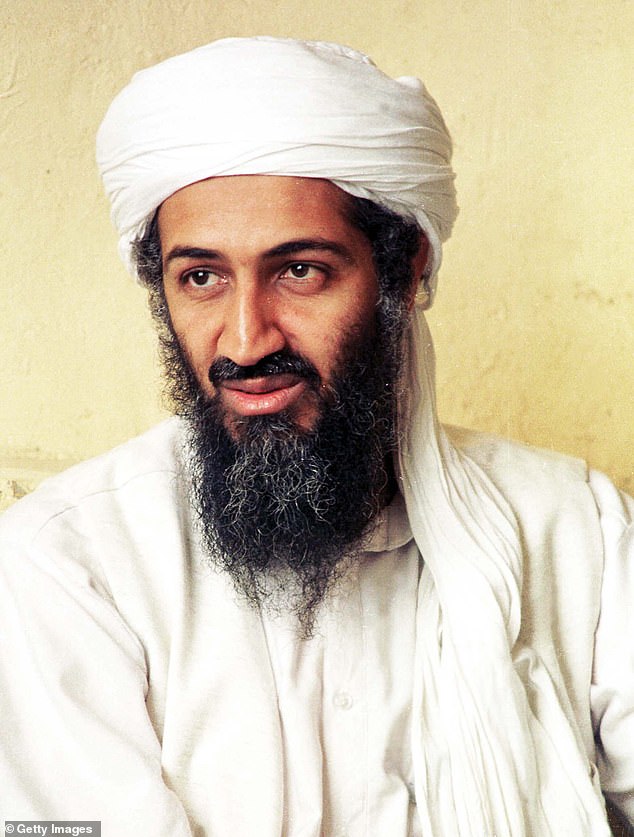 Adel Abdel Bary is Osama bin Laden’s (pictured) former spokesman and was responsible for plotting the U.S. Embassy bombings in East Africa which killed more than 200

But at heart, it is for governments to stop the abuse of the asylum system and human rights laws by fanatics like Bary who would do us harm. If necessary by changing the legislation.

Bary, I repeat, is a convicted terrorist and he won’t have changed his tune. His son Abdel-Majed Abdel Bary has learned from him — he, too, is a terrorist who left the UK for Syria in 2013 to join ISIS. A year later he was pictured on Twitter holding up the severed head of a man.

Welcoming Bary into this country, allowing him to live off our largesse, is not only an insult to his victims. It is a damning failure by the Government in its most important duty — to keep us safe.

A Mountain of Courage

A sad farewell to Doug Scott, 79, who died this week, the first Englishman to conquer the most dangerous south-west face of Everest.

At a time when when elf ’n’ safety jobsworths run riot, we should celebrate the courage of a man who, after breaking both his legs ascending The Ogre in Pakistan, crawled on his knees through a snow storm to base camp and championed our spirit of adventure.

My rather pathetic salute to him was to watch The Sound Of Music’s Climb Ev’ry Mountain . . . 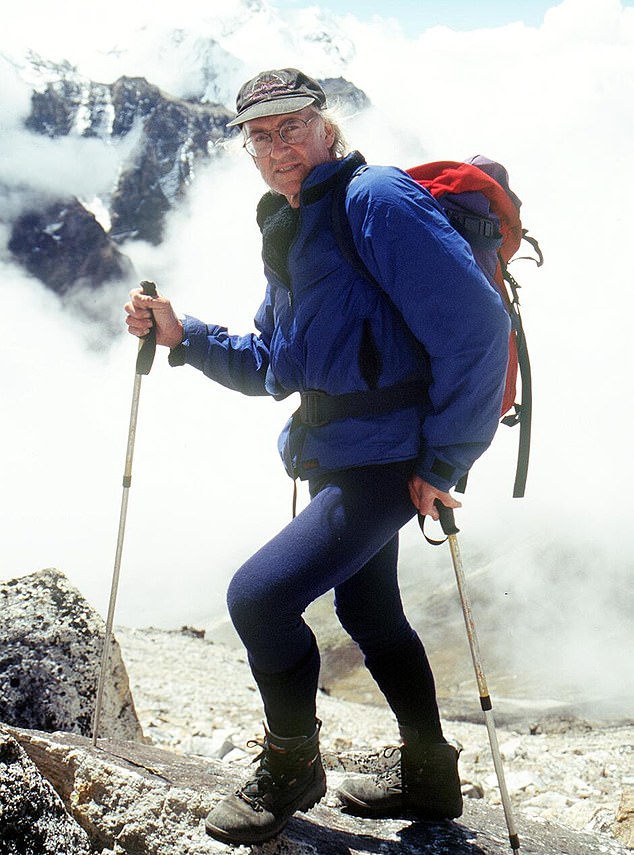 Doug Scott, 79, the first Englishman to conquer Everest, has died of brain cancer, The climber from Nottingham reached the summit of Everest on September 24, 1975

While many bosses have abandoned their workers, aka Philip Green, it’s heartening to hear that a bloke who grew up in a two-up, two-down and was expelled from school for bunking off to visit his brother in prison has made his workers millionaires.

Manchester-based Matt Moulding, founder of The Hut Group, has shared his wealth with secretaries, warehouse staff and drivers, who all feel like Lottery winners. As the saying goes, it is only by helping others that we truly help ourselves. 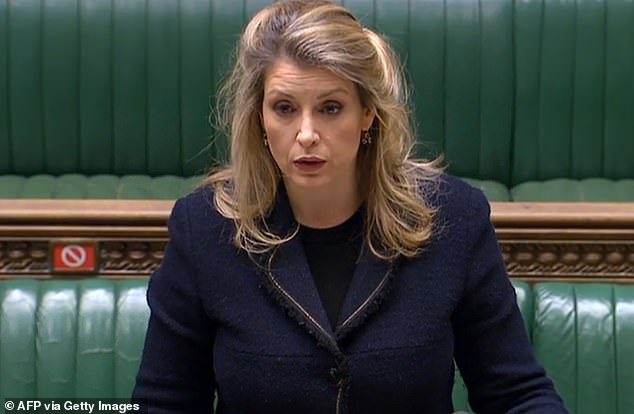 For her steely manner giving Labour a handbagging while answering Brexit questions, Penny Mordaunt is compared with Margaret Thatcher.

For her steely manner giving Labour a handbagging while answering Brexit questions, Penny Mordaunt is compared with Margaret Thatcher.

Surely Ms Mordaunt’s more on a par with the clever, gorgeous French film star Catherine Deneuve — and I’ll wager she’s the next but one incumbent of No 10.

The Crown star Josh O’Connor, who plays Prince Charles, is upset by calls from Culture Secretary Oliver Dowden for the Netflix series to carry a historical disclaimer as it’s so full of fibs.

‘The arts are struggling, they’re on their knees,’ he said. ‘It’s a bit of a low blow.’

Not so low a blow as him portraying Charles as a witless, whingeing, bullying narcissist devoid of humour or honour.

Boris has been singing Waltzing Matilda in No 10, evoking the spirit of an Australian-style deal if his Brexit talks fail. What a ninny. The song is about a swagman, an itinerant sheep thief, who jumps into a billabong to escape the police and drowns. A fitting epitaph if he fails to deliver Brexit.

Cheeky of those Euro-brats Michel Barnier and Ursula von der Leyen to serve our PM a meal of mostly fish in Brussels, followed even more disrespectfully by the Aussie dessert Pavlova. It is named after Russian ballerina Anna Pavlova, most famous for her role in The Dying Swan. 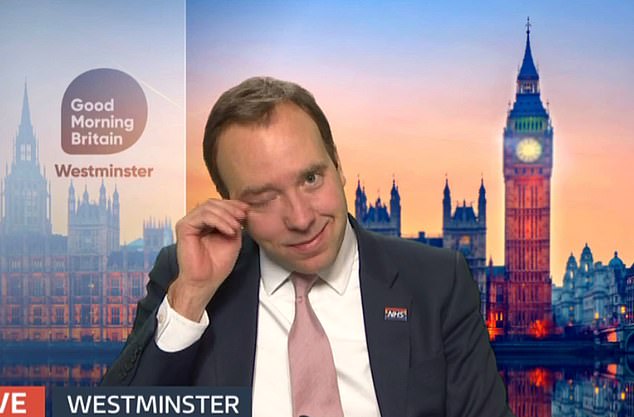 The hapless Matt Hancock blubbed on TV as the first Covid vaccine was given to Margaret Keenan, who turns 91 next week. Happy birthday. And I hope it will soon be a happy retirement from frontline politics for the Health Secretary.

Trinny Woodall reveals on Instagram her morning DIY facial exercises, including pictures of her pushing up her sad ‘droopy’ eyes. These are performed while pulling a face which a casual observer may mistake as: ‘I’ve been dating Nigella’s ex, the multi-millionaire Charles Saatchi, for seven years — and still he won’t marry me!’ 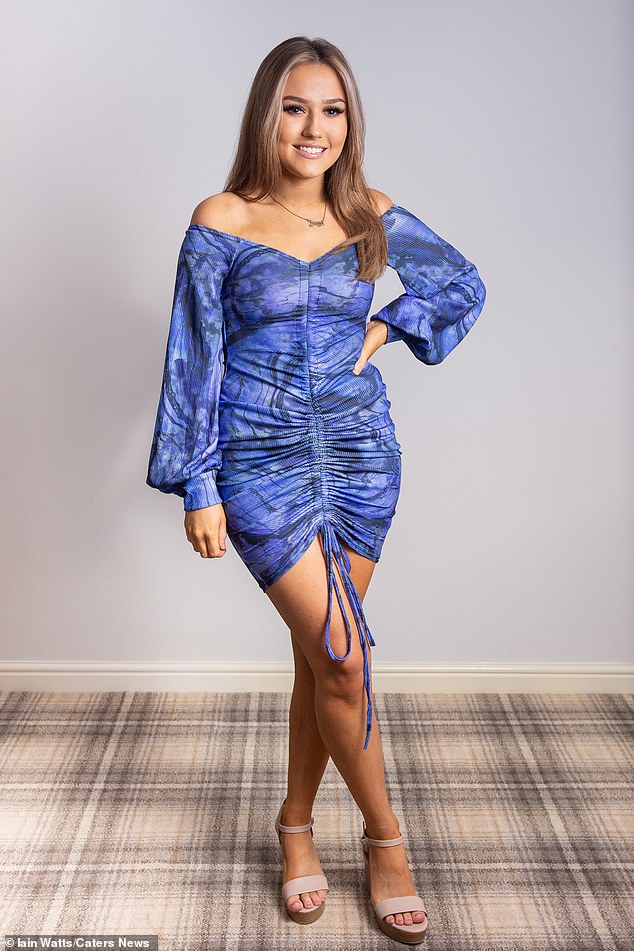 University student Jessica Simpson, 19, posts pictures of herself in £1,600 worth of Boohoo-owned PrettyLittleThing dresses

University student Jessica Simpson, 19, posts pictures of herself in £1,600 worth of Boohoo-owned PrettyLittleThing dresses and shoes she bought online for just £35, some items priced at just 15p.

Not such a clever boast, sweetie, given that less fortunate young women than yourself are paid as little as £3.50 an hour working in appalling conditions to make your throw-away frocks, most of which are worn a couple of times before ending up in landfill.

Strictly’s buxom judge Motsi Mabuse says she won’t rule out a breast reduction. Jolly good, but while she’s at it could garrulous Motsi also consider having a gastric band fitted to her ego, which appears on the dance floor even before her chest?

Yet it has — for two decades. He cared for her lovingly during the last years, as together they battled her Alzheimer’s.

Whenever I looked at them, all I could see was a shining love, like that of my dad as he cared for Mum when she slowly drifted into that awful life-sapping disease. 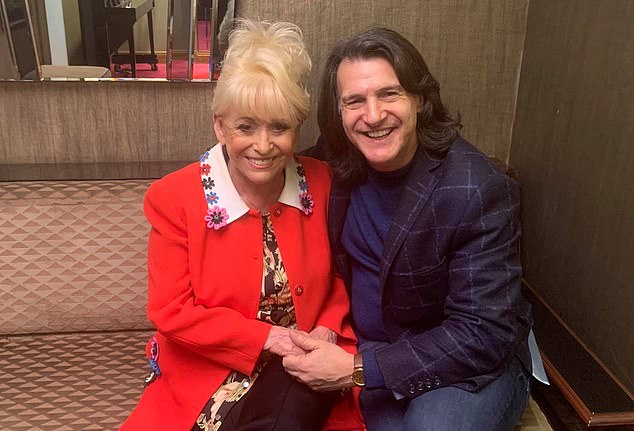 ‘Barbara’s final weeks were full of humour, drama and a fighting spirit to the end,’ her husband said.

How reassuring for devastated Scott — as well as all of us who loved Babs — that her bubbling laughter carried on for so long.

Fans were aghast after Bob Dylan sold the rights to all his music for £225 million, meaning the songs could be used without his sensitive approval in movies and even TV commercials.

More distressing still are rumours that one of his greatest hits has already been procured by a gym franchise and adapted to — altogether now — Hey, Mr Trampoline Man.