The last mourner: In his Cub’s cap, amazing image shows boy of eight who was the last in queue to see George VI lying in state

Cloaked in an enormous blanket and dutifully ready to remove his Cub’s cap, eight-year-old Mickey Bran earned a minor place in royal history as the last person in the queue to see King George VI lying in state.

Now, 70 years on, Mr Bran remembers the occasion with a heavy heart.

‘It was daunting,’ the 78-year-old military veteran said from his home in Gosport, Hampshire, after being tracked down by the Daily Mail.

‘I walked into Westminster Hall and had never seen anything like it before in my life. And I never thought I’d see it again. But now we’ve seen it on a TV and it brings back memories.’

Mr Bran said he was in the queue on February 15, 1952, with his father Bernard to pay his respects when he was approached by the Press.

‘The Press came up and they wanted somebody to go through last and make a story of it, so that was me.’ 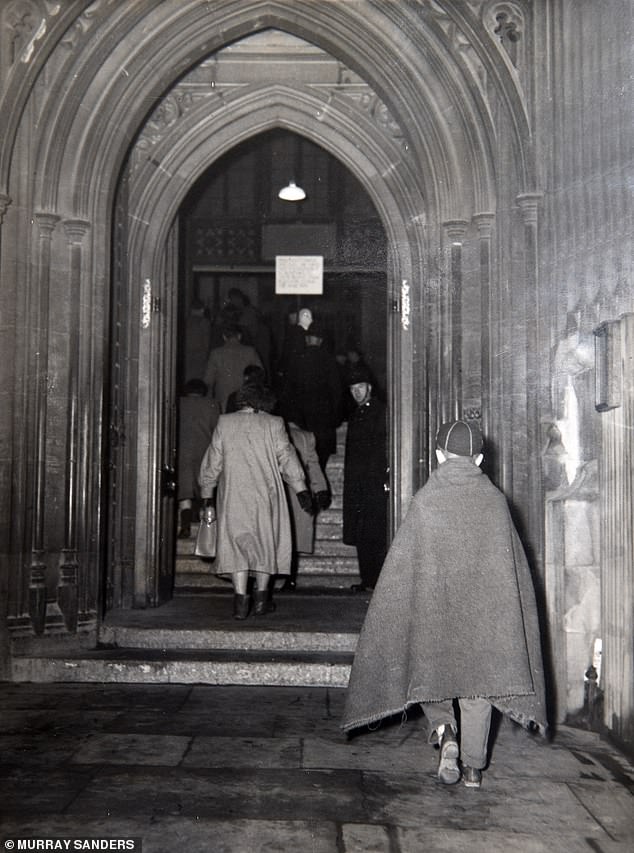 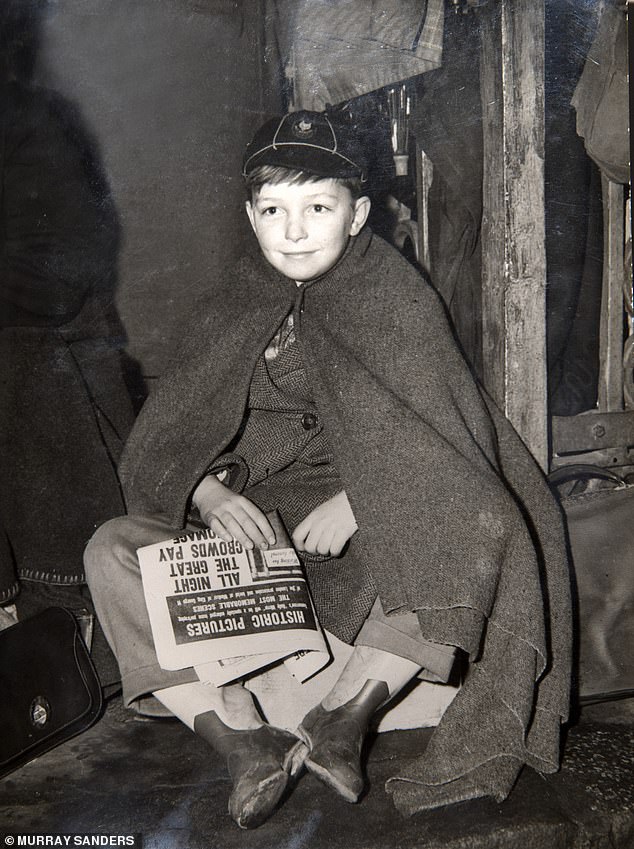 The press approached Mr Bran, who is now 78, and asked to picture him. 70 years on, he remembers the occasion with a heavy heart

Mr Bran, who grew up in Colliers Wood, south London, said he spent around two hours waiting before he filed silently in to see the coffin.

‘It was all different in those days – there were a couple of policemen, nobody was armed, there wasn’t all this security.’ 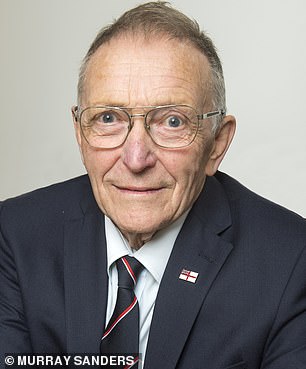 Mr Bran said he and his wife Brenda would have loved to have joined the queue again to see the Queen lying in state, but he could not because of a long-standing knee injury which required major surgery at the weekend.

‘And I would have been up there for the funeral, but I just can’t do it,’ he said. Mr Bran had several brushes with royalty during his 12 years in the Royal Navy and 19 years working for the London Fire Brigade, including meeting the Queen in 1977.

Mr Bran, inset, who has two daughters, two grandsons and two step-granddaughters, said: ‘When I joined the Navy, I pledged my allegiance to the Queen and the country.

‘And even when I served in the fire service, we met the Queen and Duke of Edinburgh then. It means a lot to me, the Royal Family. Seeing the coffin in the hall again, it really gets to you.’