Another bad roughing the passer call, this one took a turnover away from Chiefs D

Andy Reid is a gentle soul, especially in relation to other NFL head coaches. It takes a lot to get him as heated as he was Monday night.

He can join other coaches, players and fans around the NFL who aren't happy with how roughing the passer is being called this week.

The Kansas City Chiefs were on the wrong end of a bad call on Monday night. Chiefs defensive lineman Chris Jones seemed to make a huge play late in the second quarter with the Chiefs trailing 17-7. Jones got to the Las Vegas Raiders' Derek Carr, sacked him and got a fumble. He landed on Carr but it wasn't egregious.

The flag came out. So did Reid's anger as he yelled at the officials.

Officials ruled that Jones landed with his body weight on Carr. There wasn't a lot of choice as Jones cradled the fumble after hitting Carr.

"At some point you have to be realistic," ESPN play-by-play announcer Joe Buck said on the broadcast. "The defense player, what's he supposed to do, disappear?"

Chiefs fans booed and chanted at the officials the rest of the half.

ESPN brought on officiating analyst John Parry, who pointed out that Jones braced himself with his left arm, which officials are supposed to look for when judging if a defender falls on the quarterback with his full body weight. He seemed to disagree with the call too.

"I can see why the Kansas City fans are not thrilled with it," Parry said.

It was another questionable roughing call, one day after the Atlanta Falcons got a universally criticized roughing call against Tom Brady. Officiating always gets criticized, and now fans have a good reason to tee off. 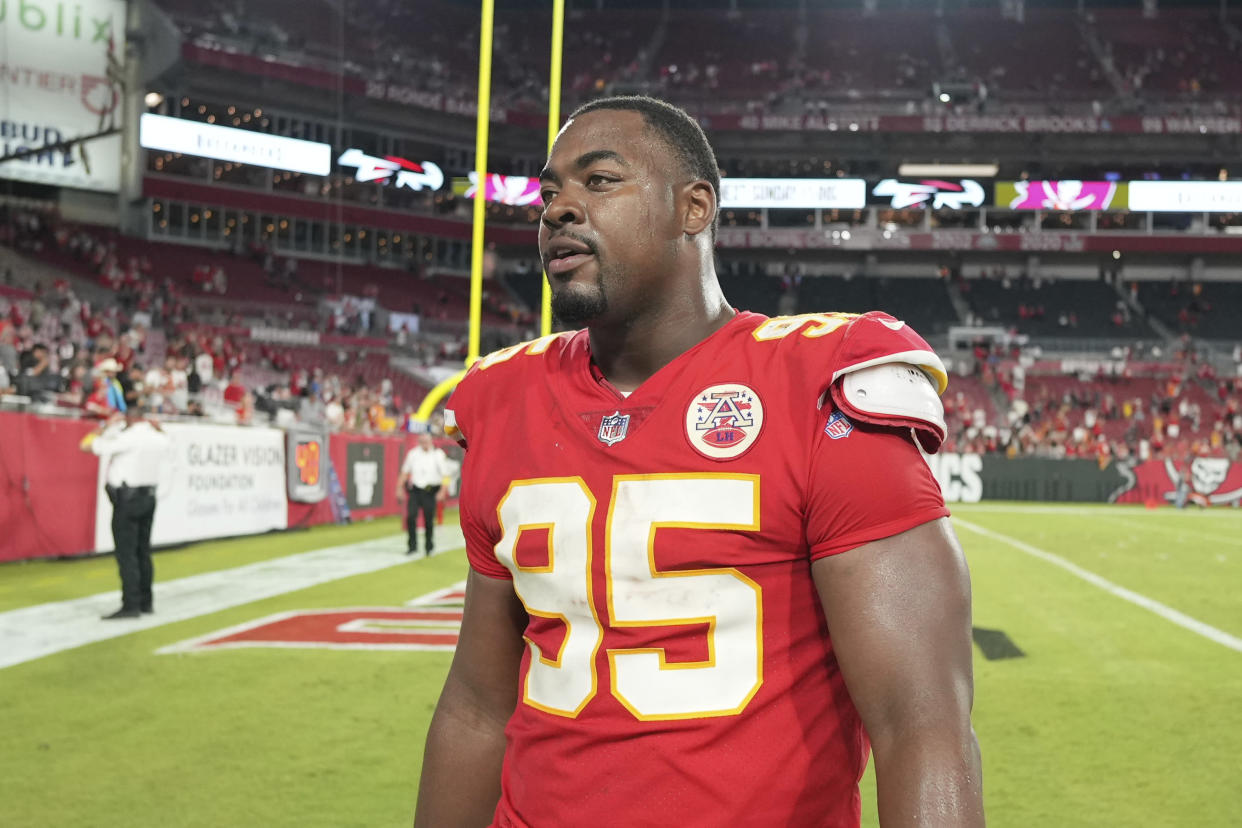