Another blow to WorkSafe as key private partner walks away

The move throws into uncertainty the jobs of about 300 workers who must wait to see a "succession plan" which CGU has sent to WorkSafe for its approval by mid-January. 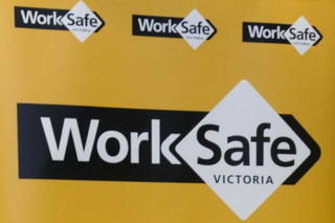 Insurance company CGU is walking away from its 30-year relationship with WorkSafe Victoria.

Many of the workers may be hired by the other four insurance companies who act as authorised agents for WorkSafe, doing much of the day-to-day work of the scheme in claims management and underwriting, while others could be re-deployed around CGU's parent company IAG.

CGU told The Age that the WorkSafe model no longer aligned with the business' strategic direction, but it told workers last week that it would continue its involvement with workers’ compensation schemes in Western Australia, Tasmania, the Northern Territory and the ACT.

News of the private insurer's departure caps off a torrid 12 months for WorkSafe Victoria which was the subject of a scathing Ombudsman’s report at the end of 2019, when it was accused of "unjust and wrong" and "immoral and unethical" conduct towards the injured workers it was supposed to be helping.

In October WorkSafe reported a $3.5 billion loss for the 2019-2020 financial year, blaming the effects of the coronavirus pandemic and soaring numbers of mental health workplace injury claims which are typically more expensive for an insurer than physical injury claims.

CGU said it had carefully considered WorkSafe's offer of a two-year extension to its authorised agent contract before declining and will formally end the relationship in June 2021.

"After careful consideration, in line with the strategic direction of our business, CGU decided not to accept the two-year extension offer of our existing contract with WorkSafe Victoria," a spokesman for the company said.

"For CGU, the agency model doesn’t leverage our core capabilities and align with the direction of our business, which is why we’ve chosen not to continue as a claims agent."

The spokesman said CGU would work to ensure that the hundreds of employees affected by the decision did not lose their jobs.

"Along with our customers, a key priority for us is our employees, and the decision not to extend the existing contract has implications for these roles over the next six months as we leave the scheme," he said.

"We are dedicated to helping our employees find suitable roles either within IAG, or with other scheme agents."

The state government did not respond to questions about concerns for the long-term viability of the scheme but issued a statement through a spokeswoman.

"We are confident WorkSafe will work to minimise any disruption and ensure injured workers continue to receive the support they need," she said.

“The Andrews Labor government has serious questions to answer as to why CGU has decided to quit the scheme," workplace safety spokesman Nick Wakeling said.

“CGU’s decision to quit the scheme can only be seen as a vote of no confidence in WorkSafe and Labor’s management of the scheme."

"Service to injured workers and their employers is WorkSafe's priority, and we will work with CGU and other agents to ensure a smooth transition for those affected."