A HUGE anti-vaxxer mob attempted to storm a coronavirus testing centre during a lockdown protest – as rallies took place up and down the country.

Hundreds of people took to the streets in London and Manchester to protest against Covid-19 vaccine passports. 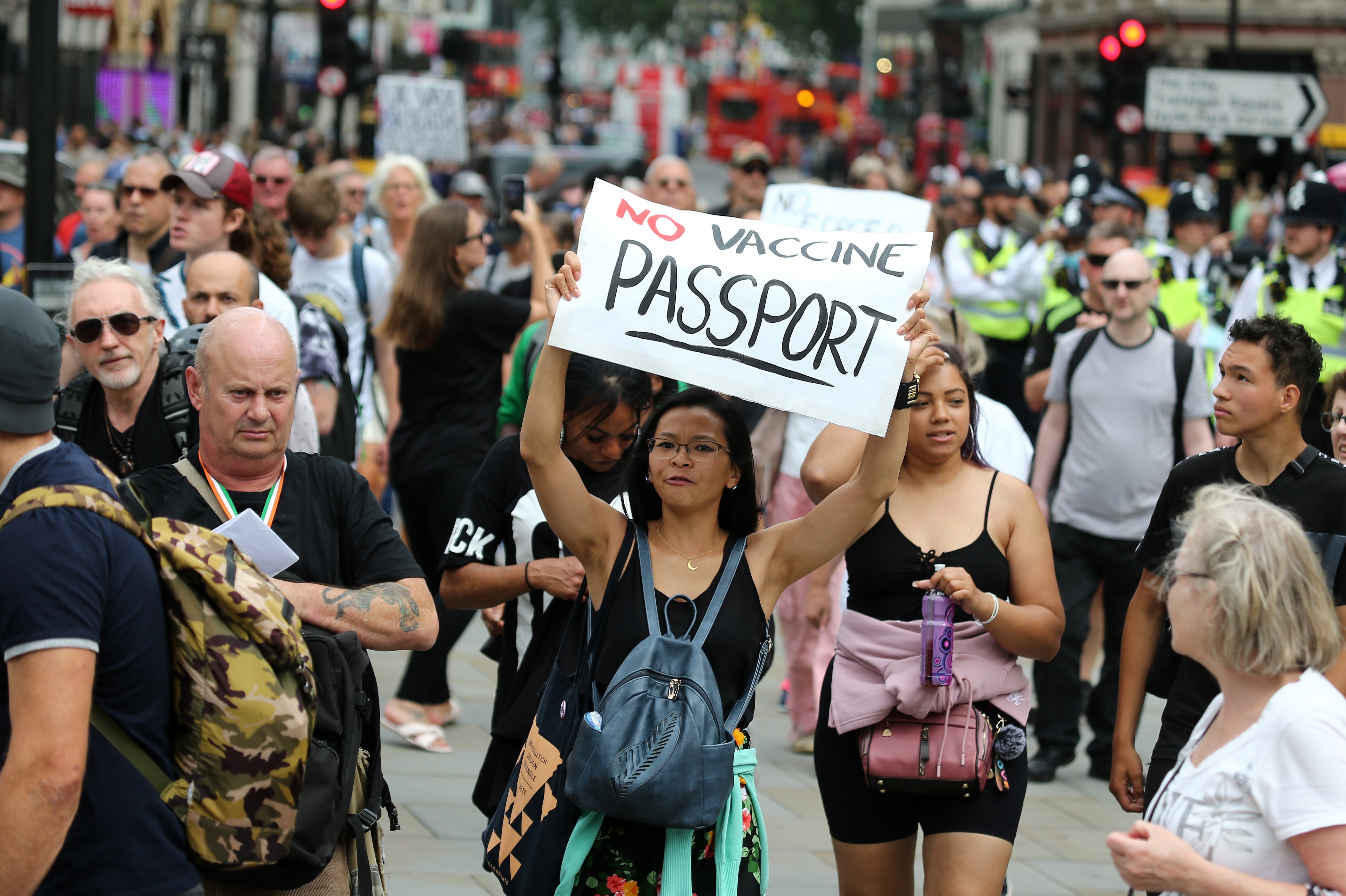 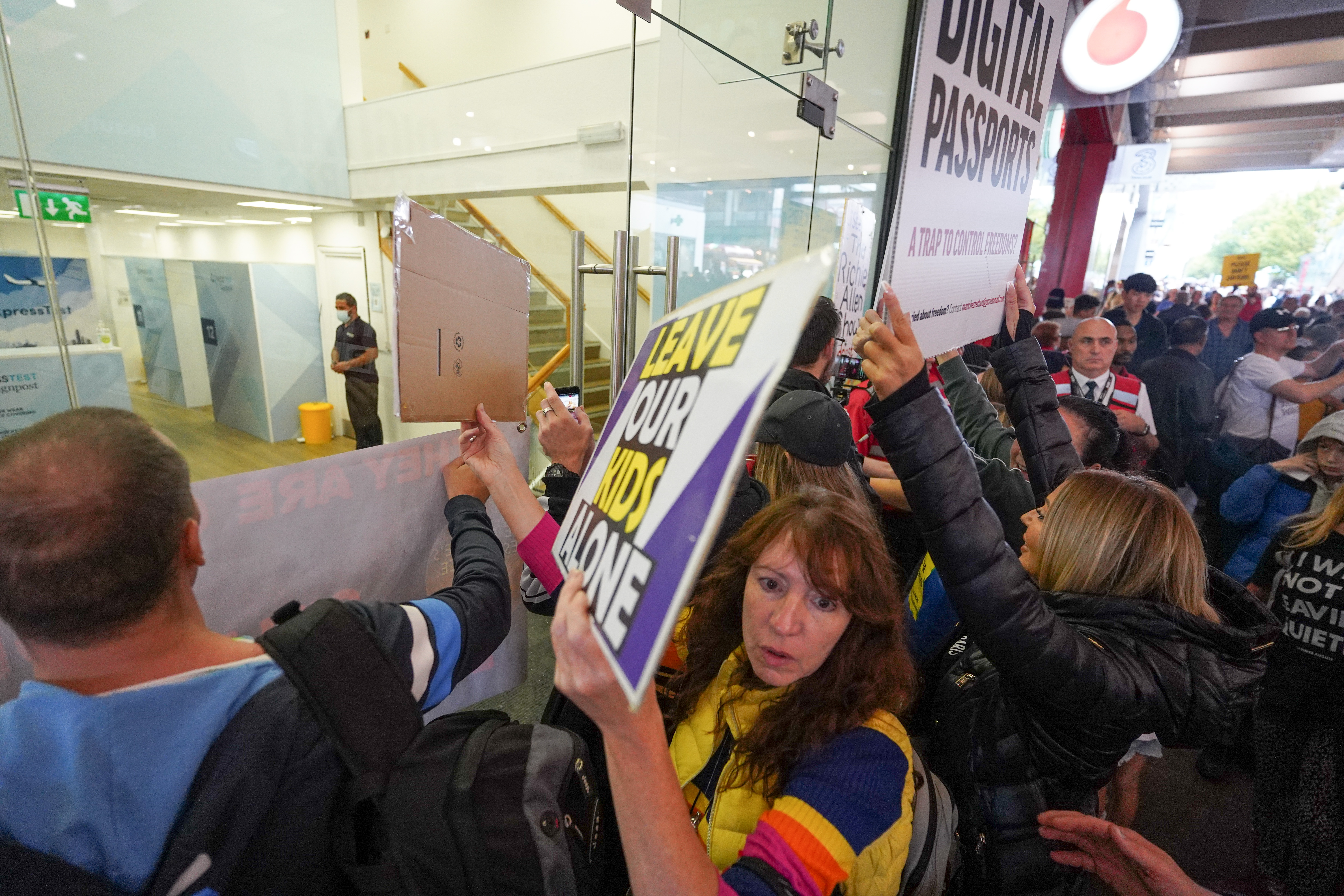 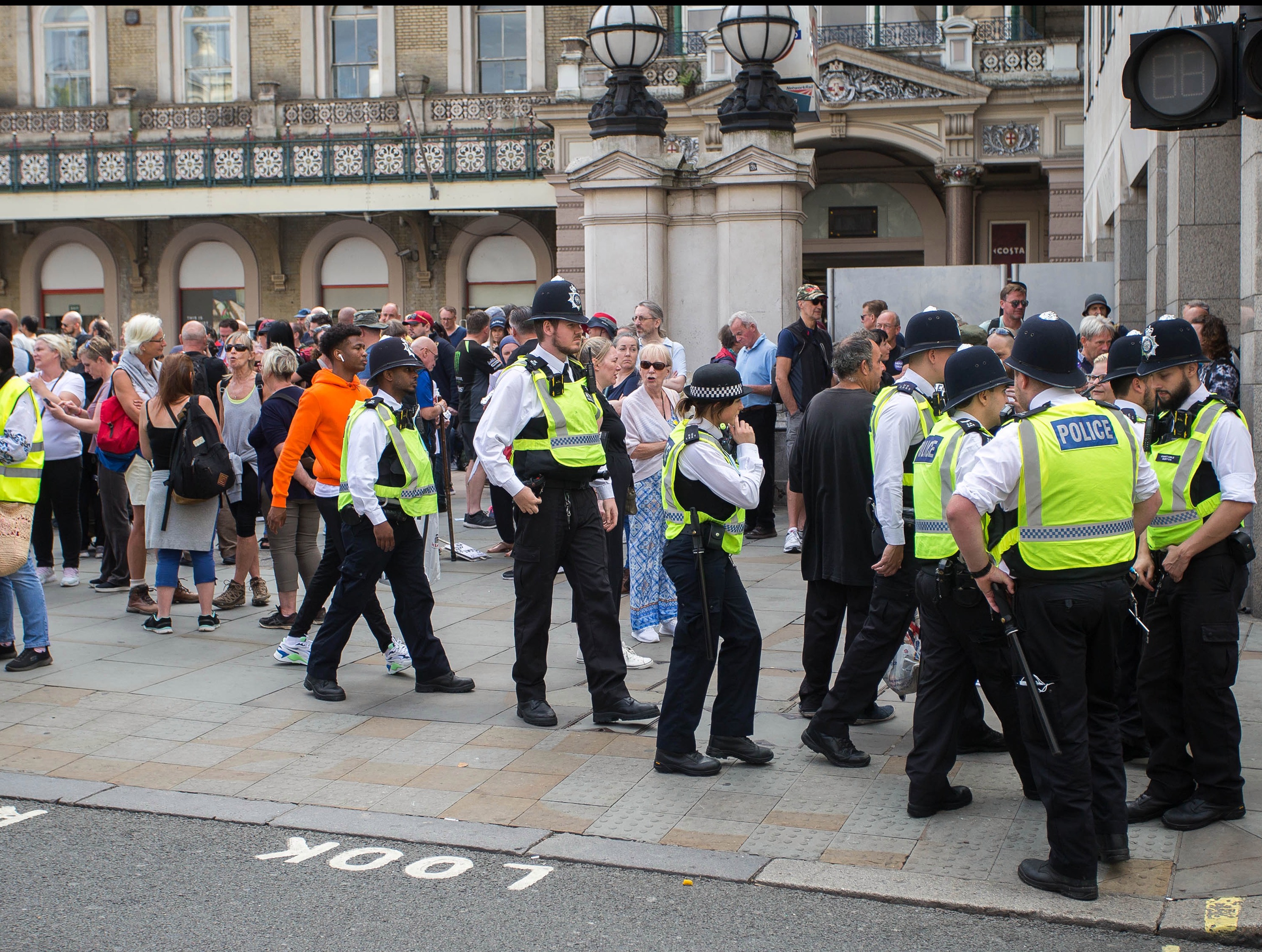 Demonstrators in central London marched with signs which read “no vac pass, no control” as well as “no forced vaccinations”.

In Manchester a mob of protesters waited outside of a vaccination centre and appeared to block the entrance.

At the centre located in the Arndale shopping centre, in central Manchester, dozens of people attempted to storm the building.

The demonstrators held up a series of signs to the windows of the vaccination centre, as they

The protests come after Prime Minister Boris Johnson was planning on rolling out vaccine passports across the country.

Under that proposal punters would've been able to provide proof of either double vaccination, antibodies, or a negative swab.

Labour has suggested it could support Covid papers so long as there's a testing option for the un-jabbed.

Music venues are open to the idea of a voluntary system so long as it rules out the return of social distancing.

Protestors were also seen with signs and shirt’s slamming plans to allow children under 16 to be given vaccinations.

At-risk 12 to 15-year-olds and those living with someone with a weak immune system became eligible on 19 July.

NHS England say vaccinations will start from 23 August at the latest.

The demonstrations in London come after four days of protests in France, with people left furious over President Macron’s decision to make vaccinations compulsory for certain workers. 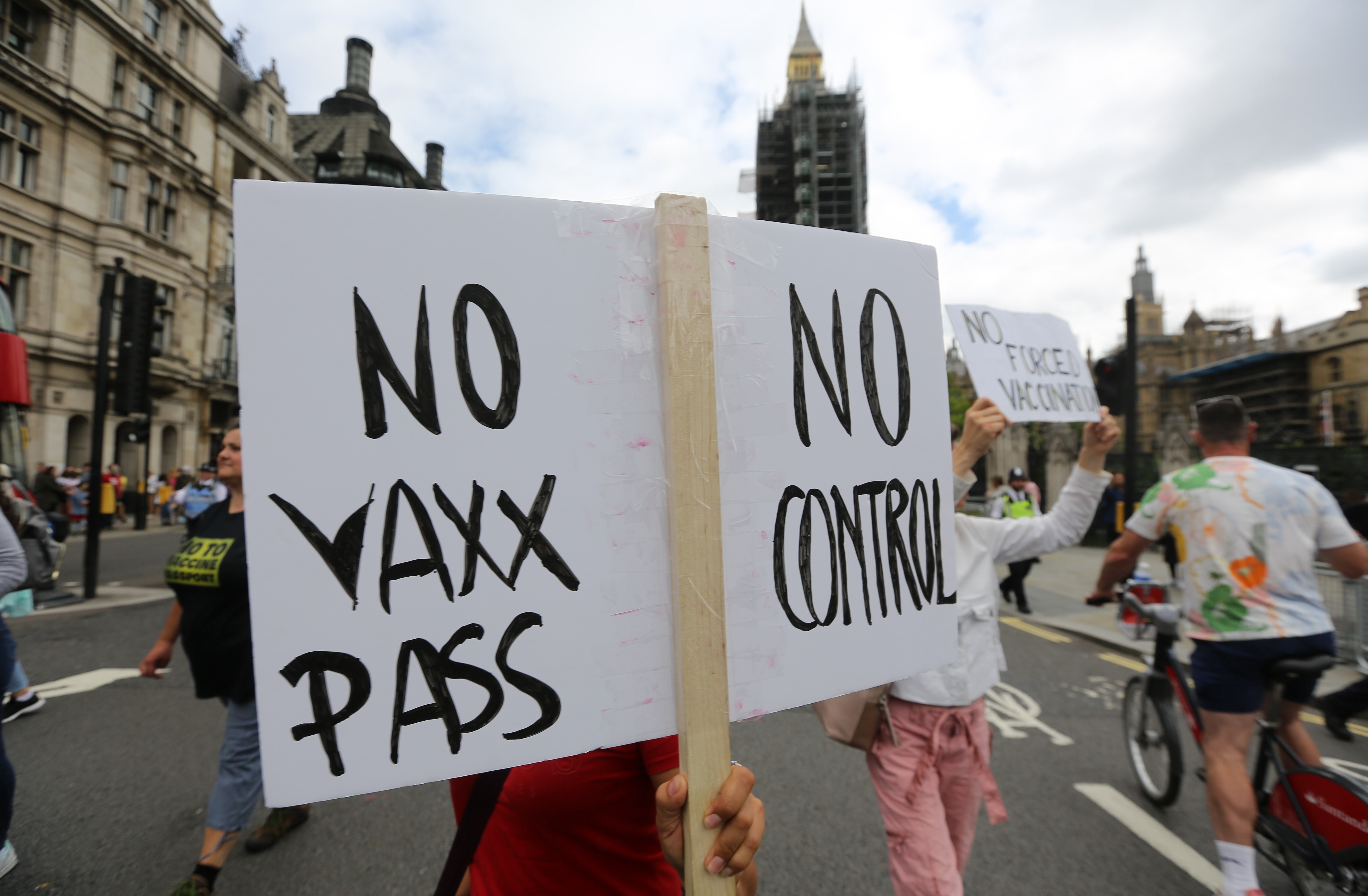 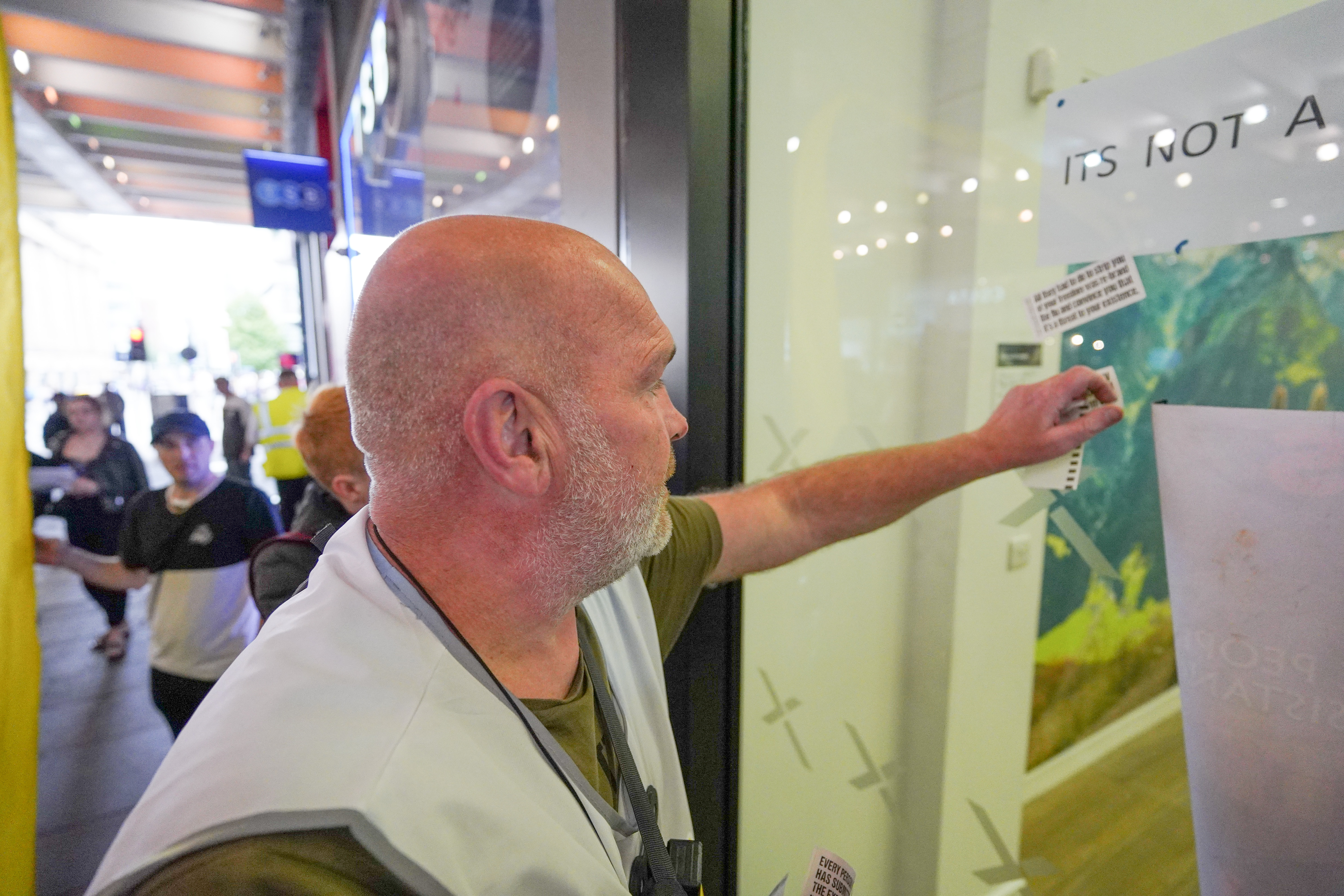 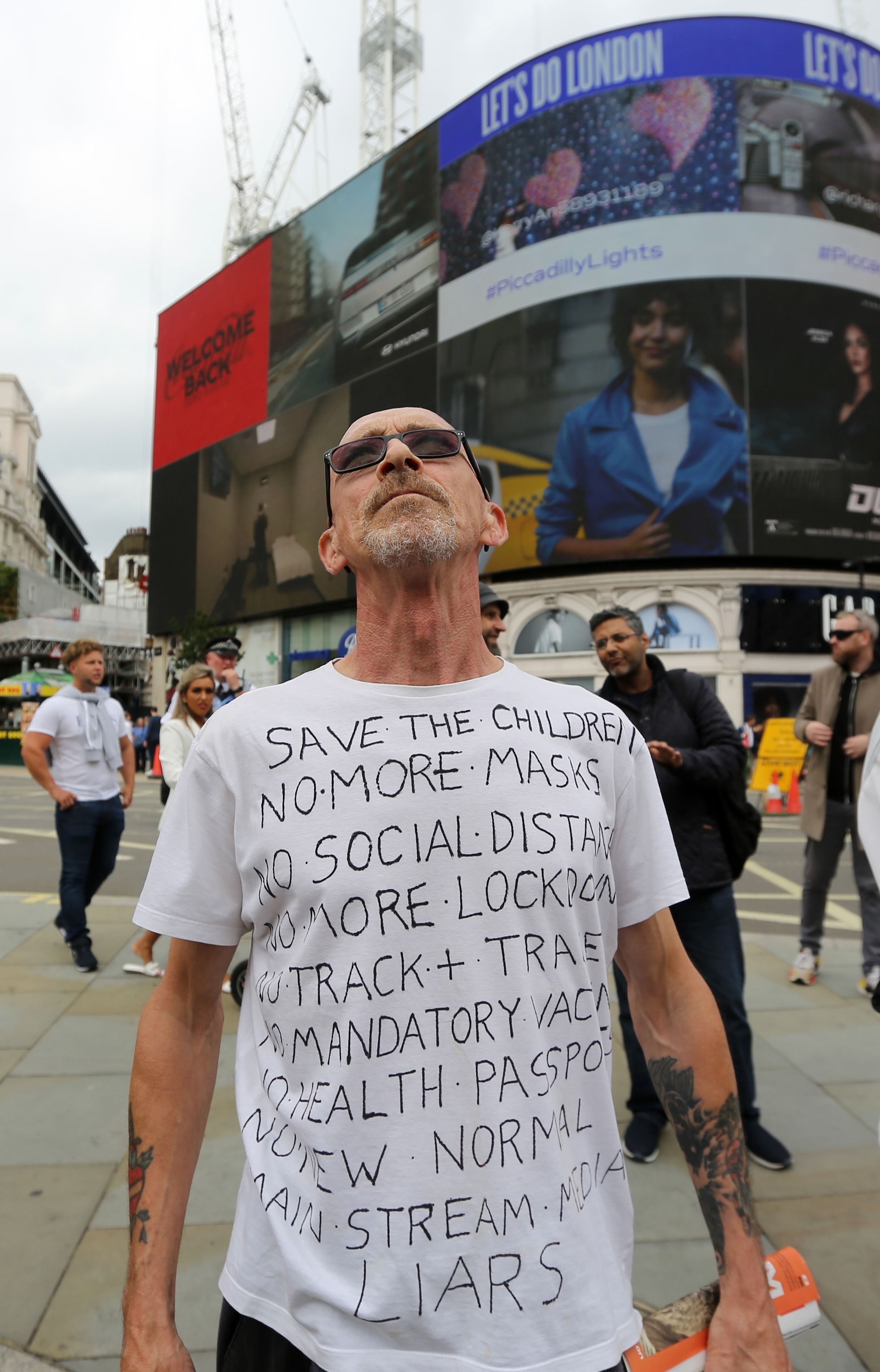