What a wind up! Antique clockmaker spends hours resetting HUNDREDS of timepieces because clocks go forward tonight (so don’t YOU forget either!)

Antique clock repairers are bracing themselves to reset hundreds of timepieces this weekend as the clocks go forward, signalling the start of British Summer Time.

While most face losing an hour of sleep tomorrow, Dorset Antique Clocks in Abbotsbury, Dorset, have a more daunting task ahead of them.

Their impressive collection of timepieces, which is believed to be one of the most extensive and diverse in the south of England, includes a 236-year-old table clock worth £55,000. 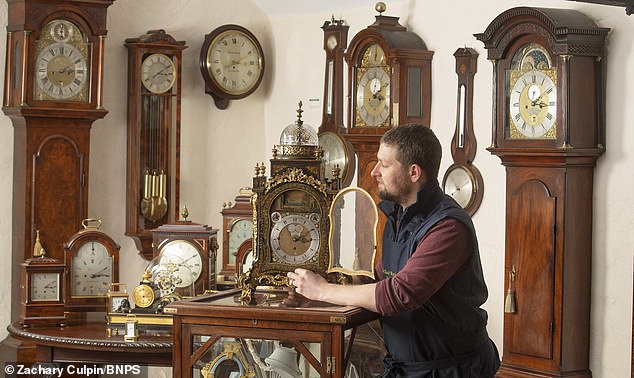 The gilt-mounted japanned musical automaton table clock was made in London by George Prior in 1785 for the Turkish market.

Dorset Antique Clocks are also specialists in repairing and restoring old clocks and the skilled horologists will be manually turning the hands of about 200 clocks.

Ben Ledbury said: ‘We’ve got clocks everywhere at the moment as we’re just starting to get ready to reopen in April.

‘We will have to go around every single clock and turn the hands forward, but we definitely prefer that to October. It’s easier turning them forward than it is turning them back.

‘It will probably take a few hours. We have a lot of customers clocks ready for collection that we can’t get out to them at the moment because of lockdown as well as the show room clocks so it will take a bit longer this year than normal. 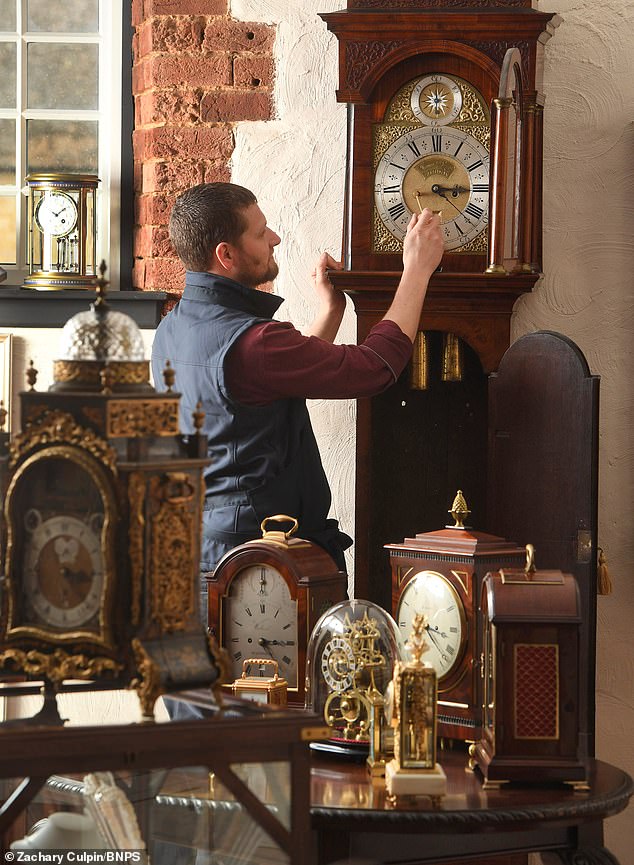 While the worst most of us face tomorrow is an hour less in bed, Zachary faces changing hundreds of clocks on an hour

The business started in Winchester in 1996 and moved to Dorset about six years ago and stocks a range of between 100 and 200 clocks in the show room at any one time.

The government brought in the British Summer Time in the First World War to improve the economy by giving farmers an extra hour of sunlight to work in.

SO why do clocks go forward? 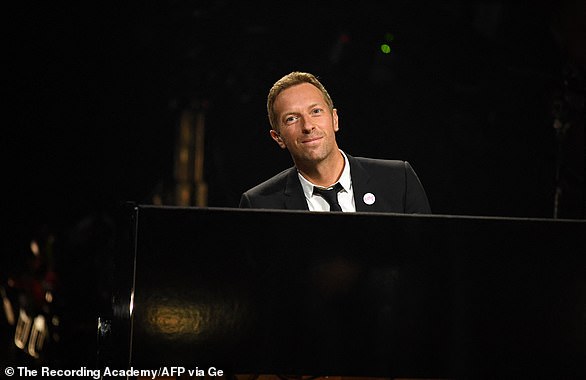 British Summer Time, sometimes known as Daylight Savings Time, is when clocks go forward an hour during the spring so evening daylight lasts longer during the day.

The idea was first proposed by American inventor Benjamin Franklin in a letter he wrote in Paris in 1784 and was next discussed by New Zealand scientist George Vernon Hudson proposed unsuccessfully to his government.

He campaigned the British Parliament extensively but passed away from influenza in 1915.

In 1916 the German army turned the clocks forward as a way of conserving fuel and several European governments, including the UK, followed suit.

In 2019 The European parliament voted to scrap the twice-a-year custom of changing the clocks by an hour in spring and autumn.

Clocks will go back an hour, giving most of us an extra hour in bed, on Sunday, October 31- Halloween.