Aussie Uber driver reveals extactly how much he earns a week

An Australian Uber driver has revealed how he makes close to $2,000 a week all from the comfort of his own car.

Callan Double, a 22-year-old from Brisbane known on TikTok as That Uber Driver, has shared a series of videos detailing his earnings while encouraging others to give rideshare driving a shot.

He said when he first started picking up passengers he earned more than $1,800 in his very first week.

Guess what I do for work…  #moneytok #payday #makingmoney #uber #drive 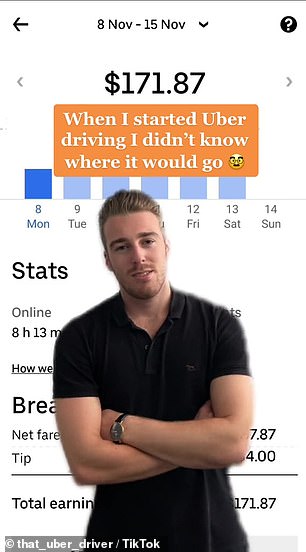 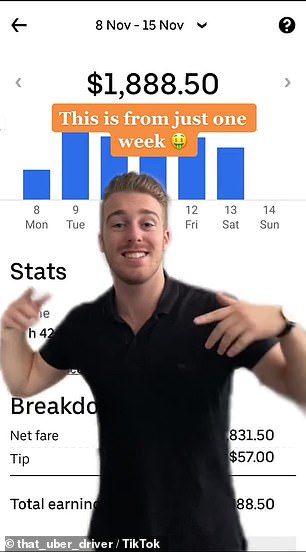 Callan Double, a 22-year-old from Brisbane has revealed just how much money he earns in a week from Uber driving

His TikToks have gained close to 200,000 views from many intrigued to know how much money an average Uber driver can take home.

Mr Double said he likes the gig because it allows him to be his own boss and requires no qualifications.

Many pointed out that some of his weekly wages would have to go towards tax and fuel, to which the driver said he puts aside around 15 to 30 per cent for. 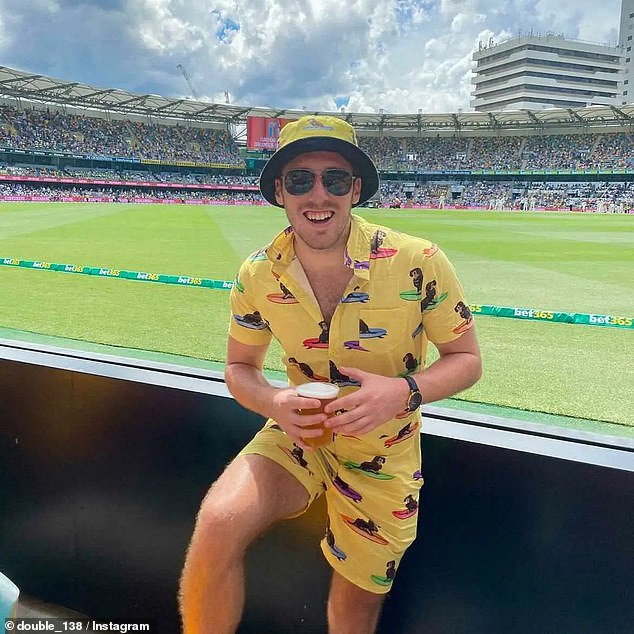 ‘I do have a lot of tax write-offs so I do take the majority home with me,’ he said.

‘Fuel is tax deductible and you can claim GST credits as well.’

Mr Callan said another tip was that he starts driving at around 4am where there isn’t many other drivers around, and sticks to peak hours. 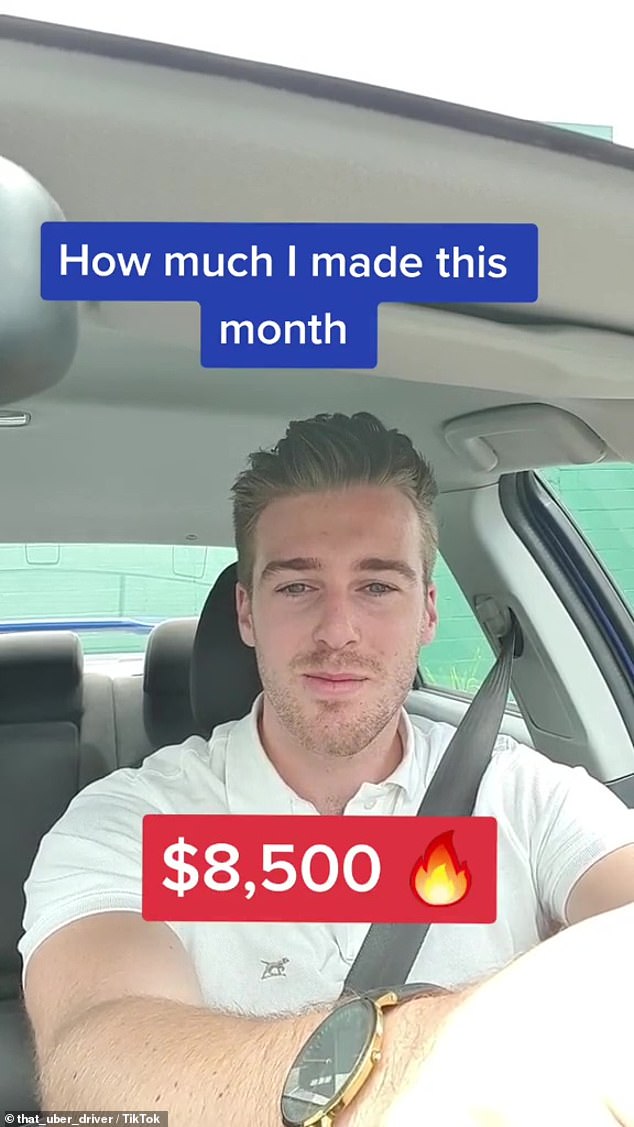 The 22-year-old made $8,500 in one month driving people around Brisbane