Families of people shot dead by British soldiers at Ballymurphy 50 years ago have called on the Irish Government to intervene in any attempt to prevent prosecutions of veterans by the British Government.

Family members said they would take legal action against any plans to block the prosecution of former British soldiers.

Carmel Quinn, whose brother John Laverty was shot dead in the incident in west Belfast, appeared before the Good Friday Agreement Committee in Dublin today.

She said Prime Minister Boris Johnson needs to be told ‘firmly’ that there should no amnesty for soldiers who allegedly committed crimes during the Northern Ireland Troubles.

Earlier this month, Mr Johnson issued a formal apology to the families of the Ballymurphy victims, after a coroner found that the 10 people who died in August 1971 were ‘entirely innocent’.

The Army was found to be responsible for nine of the deaths, which included a mother-of-eight and a Catholic priest. 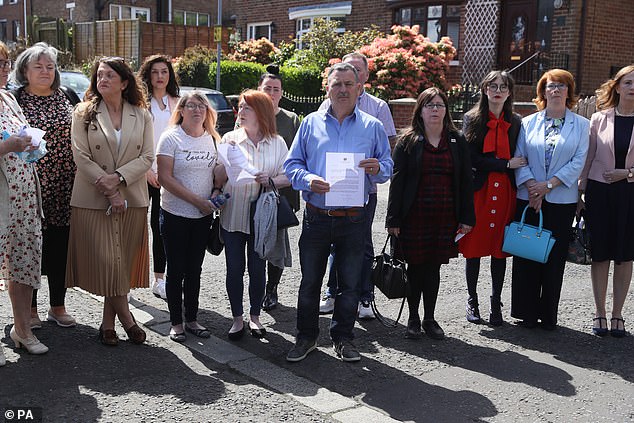 Families of people who were killed, holding a letter from Prime Minister Boris Johnson, which apologised after a coroner found British soldiers responsible for nine of the deaths 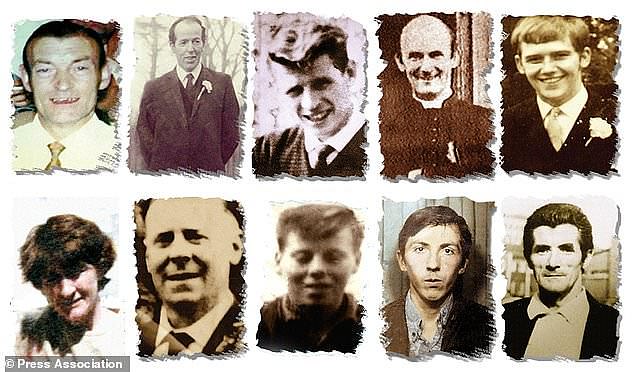 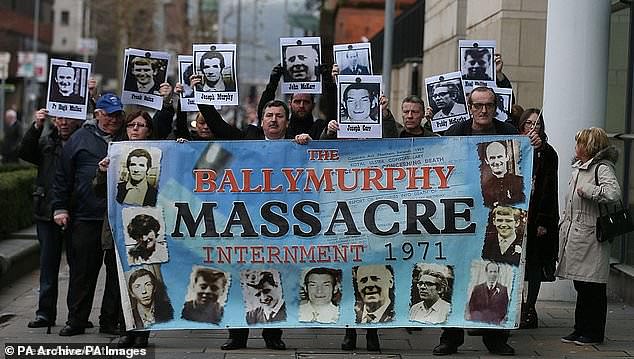 Fine Gael senator Emer Currie said families should have access to an effective investigation and process of justice for every Troubles-related death.

‘I am utterly against any unilateral action that changes the Stormont House Agreement which is a collective framework to deal with legacy,’ Ms Currie told the committee.

‘If unilateral action is taken what does that mean for obligations under the European Convention on Human Rights (ECHR), which is a key element of the Good Friday Agreement, and what does it mean for international human rights?’

Padraig O Muirigh, solicitor for the Ballymurphy families, said any move to provide amnesty for British soldiers is a breach of the ECHR.

‘These families will challenge any such move by the British Government, in the domestic courts or the European courts if they need to,’ he added. 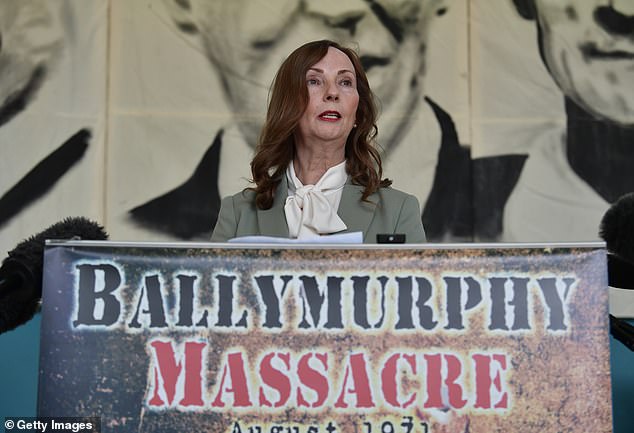 Carmel Quinn, sister of the late John Laverty pictured at a press conference earlier in May 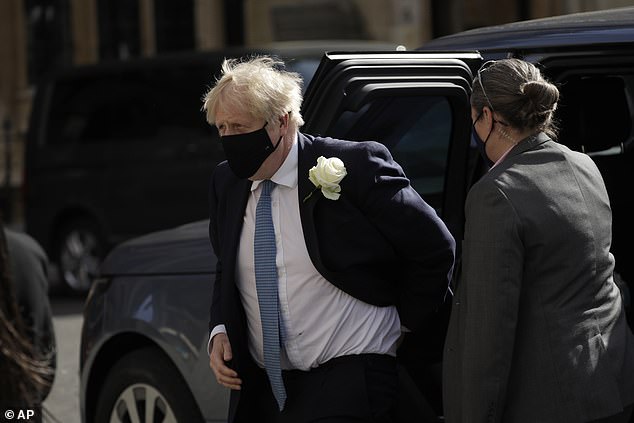 Who were the ten people shot in the ‘Ballymurphy massacre’?

Francis ‘Frank’ Quinn, 19, was shot while going to the aid of a wounded man.

Father Hugh Mullan, 38, a Catholic priest, was shot while going to the aid of a wounded man.

There is evidence that the priest had been waving a white item, either a handkerchief or T-shirt, at the time.

He had served a year in the Merchant Navy before being a priest in parishes in Belfast, County Antrim and County Down before going to Ballymurphy.

Joan Connolly, 44, a mother-of-eight, was shot as she stood opposite the army base.

It has been claimed she might have survived had medical help reached her sooner. She lay dying for several hours.

Her family had moved from a two-bedroom bungalow to a four-bedroom house in Ballymurphy in 1966.

Briege Voyle, one of Mrs Connolly’s daughters, said her mother ‘just couldn’t get her head around’ the Troubles.

The mother-of-eight had made tea and sandwiches for British soldiers at the family home.

Mrs Connolly had been out looking for her daughters – who were moved to a refugee camp during the unrest – when she died.

Most of the bullets entered his back.

Noel Phillips, 20, was shot as he stood opposite an army base

Joseph Murphy, 41, was shot as he stood opposite an army base

Edward Doherty, 28, was shot while walking along a road

John Laverty, 20, and Joseph Corr, 43, was shot at separate points at the top of the same road

John McKerr, 49, was shot outside a Catholic church

There was not enough evidence to determine where the shot that killed him came from, nor whether it was fired by the military or paramilitaries

He died of his injuries nine days later on August 20

Ms Quinn said the inquest process was often distressing for the families.

‘It was the attitude of some of the soldiers who were asked about things but said they couldn’t remember. That was right down the line,’ she added.

‘There are other families who haven’t had any kind of recognition, their loved ones were murdered one day and then nothing happened.

‘The Stormont House Agreement is there, the mechanisms are there, but people can’t move on and they are stuck in the past because there has never been any accountability for what happened.

‘There was a letter sent to Irish Government from people from all walks who lost someone in the conflict but that still needs some kind of accountability.

‘That needs to be addressed. The Stormont House Agreement needs to be implemented and the Prime Minister needs to be told firmly there is no amnesty on the table for soldiers.’

John Teggart, whose father Danny was shot by a soldier in August 1971, said that if a proper investigation had been carried out at the time of the deaths, it would have saved other lives.

He added: ‘If the courts were more sympathetic to the families without taking the word of the Army at the time, if things were done differently in the courts and they were held accountable, things would have been different.

‘We corrected history and vindicated their good names. We hope the same help and resources and the same laws were available to others.’

Mr Teggart, who was 11 when his father was killed, described the years after his death, saying: ‘It was very hard. I grew up really angry about what happened.

‘I would have herd my mummy crying at night-time. My family was split up to try and help in some way. We were sharing the pain and that continued through life.’

Ms Quinn, who was eight when her brother was killed, said: ‘There was nightly raids at our homes because that is what the Army did. They targeted the homes of the people that were murdered, they targeted them to try and keep us quiet and demonise us.

‘It was another way to try and keep the families down.

‘My mother was never the same again after that. It has had a lasting impact on my life.

‘I am very conscious of where my children are, who are adults now, and I am very alert and anxious. The rest of my siblings were never the same again and never lived the lives they should have lived.

‘I get sometimes very angry because not only did they murder my brother, they destroyed an entire family. I watched my mummy slowly die in front of me and my dad died of a broken heart.

‘Our loved ones were innocent but we need prosecutions and investigations. We will never move on.

‘I can’t accept what happened to my brother.’