Another member of the Chicago Bears was arrested this offseason.

Wide receiver David Moore, who only signed with the team in April, was arrested on drug and weapons charges on July 4 in Gainesville, Texas, according to Cooke County online records. Moore posted $5,000 bond and was released on Monday, according to KXII.

Moore, 27, signed a one-year $1.035 million deal with Chicago after spending the 2021 season bouncing between the Carolina Panthers, Las Vegas Raiders, Denver Broncos and Green Bay Packers – mostly on those team’s respective practice squads. He previously played four seasons with the Seattle Seahawks from 2017-2020 after being taken in the seventh round out of East Central University. Moore has caught a career 78 receptions for 1,163 yards and 13 touchdowns.

Moore’s arrest signals a startling trend for the Bears, who recently overhauled their coaching staff and front office. Moore is the third Bears player to be arrested this offseason after receiver Byron Pringle and linebacker Matthew Adams. Pringle was arrested for reckless driving and driving on a suspended license on April 23, while Adams was arrested for possession of a loaded firearm without a state license on June 24.

All three were signed this offseason by new general manager Ryan Poles.

The Bears haven’t commented on Moore’s arrest yet. 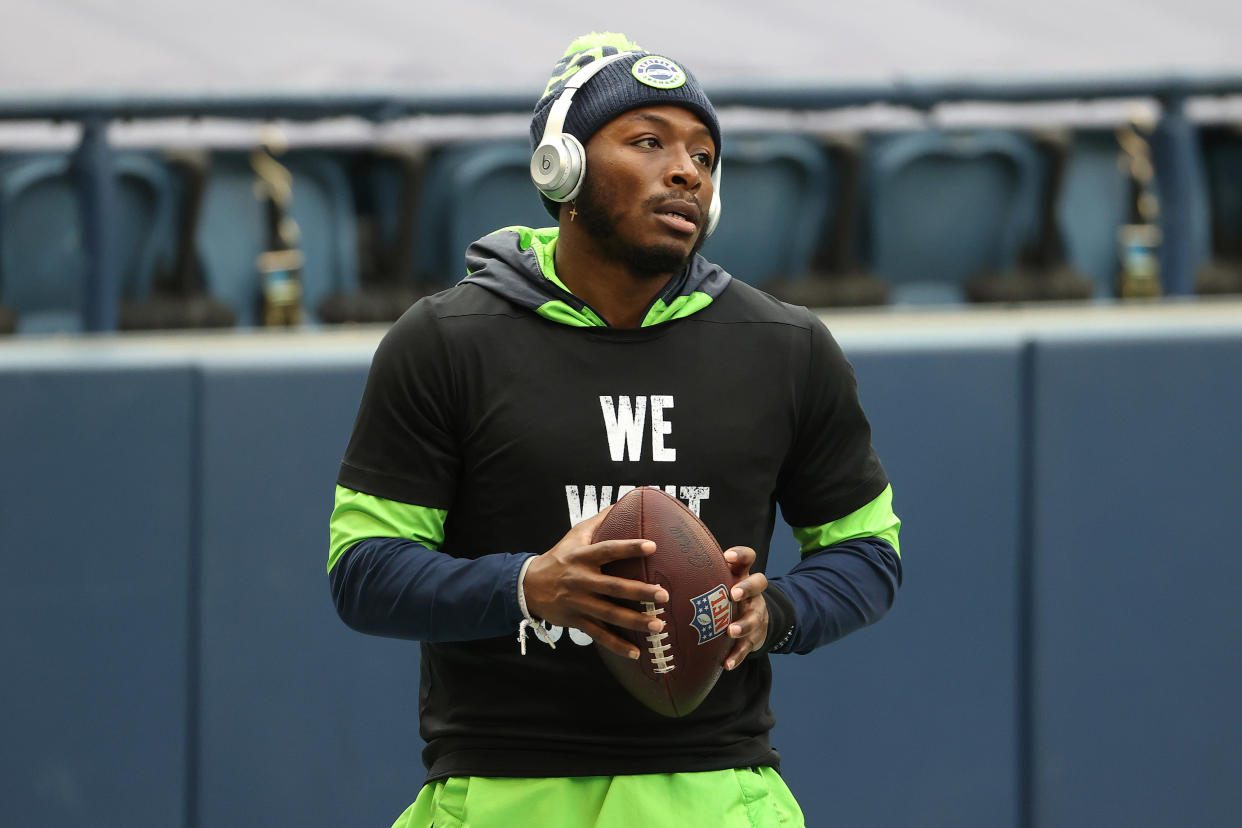