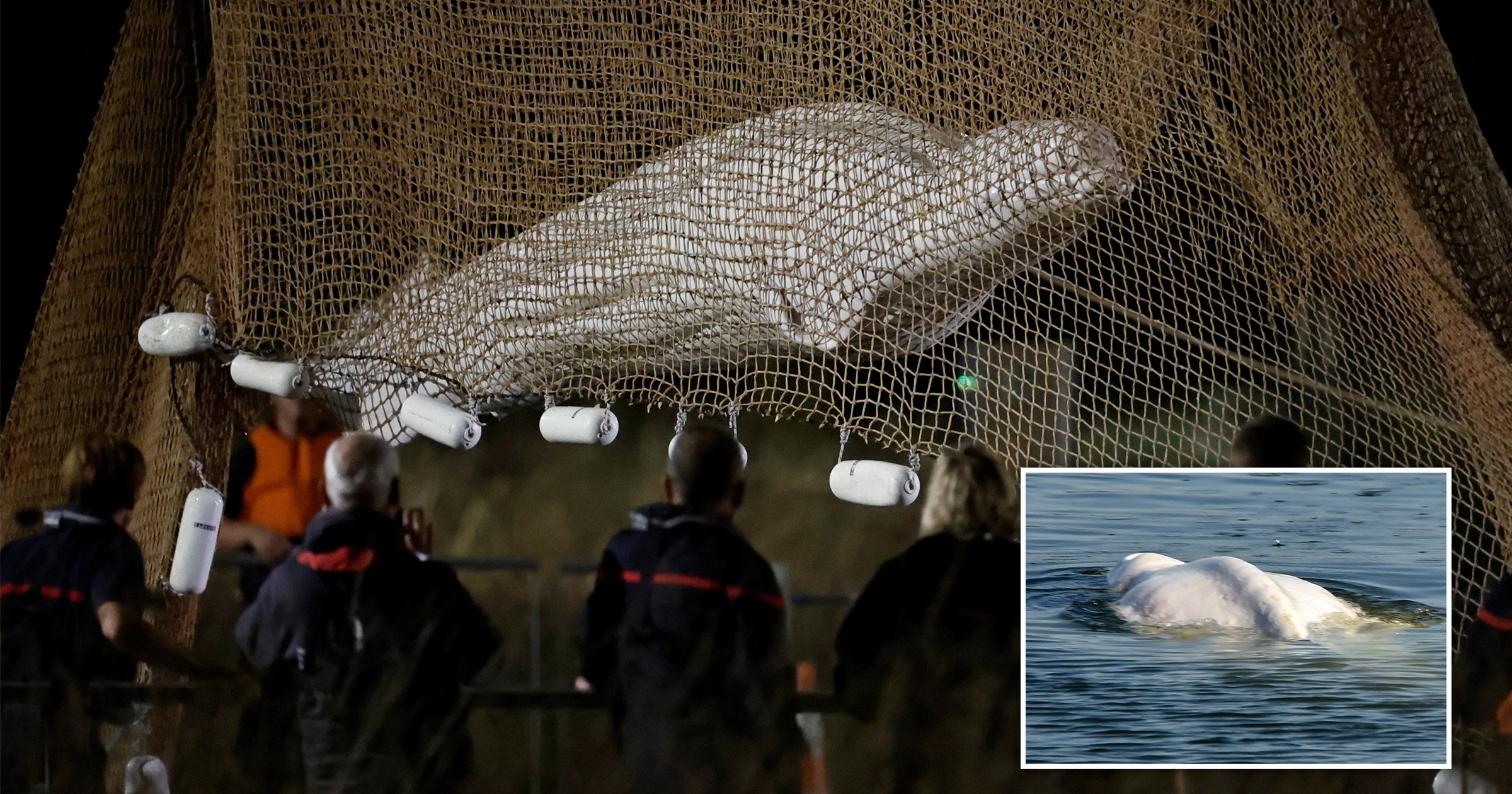 The beluga whale which was stuck in the River Seine for days has died, despite a mission to save its life.

It was lifted out of the water close to Paris early this morning in preparation for a transfer to a saltwater basin in Normandy.

‘Despite an unprecedented rescue operation for the beluga, we are sad to announce the death of the cetacean,’ the prefect of the Calvados department said on Twitter.

The whale was first spotted in the river on Tuesday and had become dangerously underweight as it wasn’t accepting food.

Rescuers accepted that moving the mammal would be risky, but also said it couldn’t stay in warm and non-salty river water for much longer.

Attempts to feed the whale squid and live trout have failed and rescuers suspect the beluga is sick.

However local authorities said it had shown signs of improvement after receiving a cocktail of vitamins and antibiotics.

‘That’s what really matters: determine if it can be cured from what it is suffering from. It’s a necessary step before releasing it into the sea,’ said Lamya Essemlali, president of Sea Shepherd France.

The beluga swam nearly halfway to Paris before local authorities confined the all-white whale in a large lock system.

This is a breaking news story – more to follow.