PRESIDENT Biden joked "I keep forgetting I'm President" in an awkward moment during a trip to the UK.

Speaking at a Royal Air Force station in England today, Biden made the embarrassing joke to a crowd of military personnel. 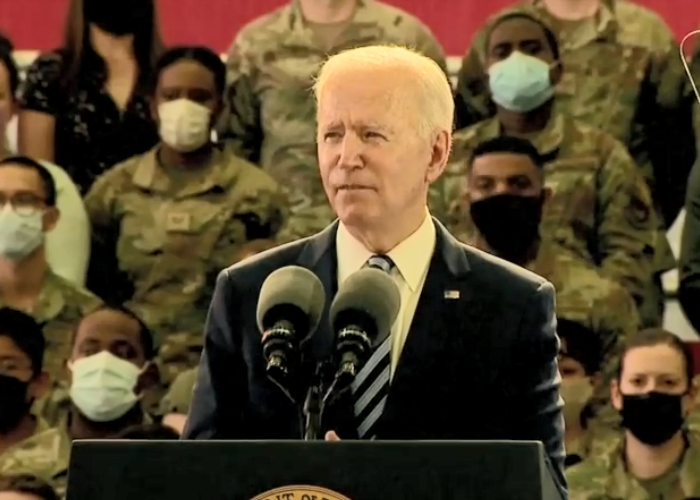 After running on stage, Biden began his speech by proclaiming "When I was 14…" before becoming distracted by the standing crowd.

He gestured the large crowd to sit back down by saying "at ease" before joking "I keep forgetting I'm president".

It comes after the First Lady told the troops' families that they were as "crucial to our military as radar."

Jill Biden praised the military, praising its patriotism: "When you serve, your families serve too."

She called for a national security imperative and said the  RAF Mildenhall officials understood that.

During his RAF address, Biden choked up as he described his pride during his late son Beau's military promotion before praising the British military base.

"We have an awful lot of history at this base," he went on. "I'm sure everyone here knows the history."

He noted the base was bombed thousands of times during WWII and noted that his uncle was killed in the war.

Biden touched down in Britain today for his first international trip as president, with the G7 summit and a meeting with Queen Elizabeth.