Washington: The divorce between Bill Gates and Melinda French Gates, co-founders of one of the world’s largest private charitable foundations, was finalised on Monday, Business Insider reported, citing court documents.

The couple filed for divorce on May 3 after 27 years of marriage, but pledged to continue their philanthropic work together. 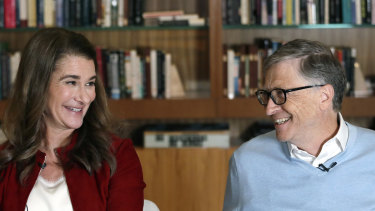 Microsoft co-founder Bill Gates and his wife Melinda were married for 27 years. Credit:AP

The Seattle-based Bill & Melinda Gates Foundation has become one of the most powerful and influential forces in global public health, spending more than $US50 billion ($67 billion) over the past two decades to bring a business approach to combating poverty and disease.

The Gateses have backed widely praised programs in malaria and polio eradication, child nutrition and vaccines. The foundation last year committed some $US1.75 billion to COVID-19 relief.