A SHOVEL-wielding man covered in blood escaped cops on foot despite being tasered five times – leading them on a violent pursuit through the streets wearing nothing but underpants.

Laemin Forbes allegedly smashed his way through a series of homes and backyards in Western Australia – attacking at least two elderly women on his way – as he fled from police. 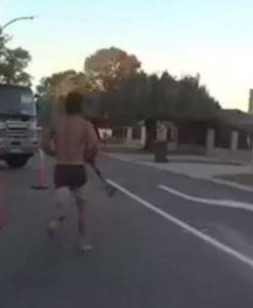 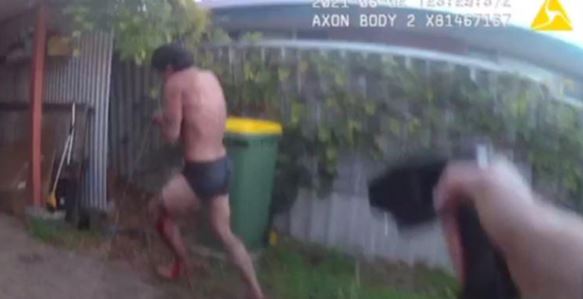 After resisting attempts to arrest him as part of an ongoing investigation, the 40-year-old reportedly broke free by smashing his way through a closed glass window.

Then, wearing only underpants and brandishing a shovel, Forbes made off on foot – forcing cops to chase him.

Cut and bleeding, Forbes was tasered five times by police – but this was not enough to stop him, with witnesses branding him an "unstoppable Terminator", reports 7news.

In a bid to escape the clutches of authorities, a bloodsoaked Forbes – described as "desperate, violent, and dangerous" by police – then went on a running rampage through Como, Perth.

During the pursuit, he allegedly threw 84-year-old Mary to the ground as she was in his way as he ran down a footpath.

She hit her head on the pavement and had to be rushed to to Sir Charles Gairdner Hospital.

“He put his arm across my chest,” she told 7news. 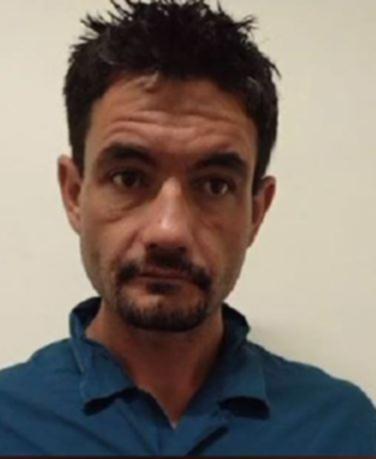 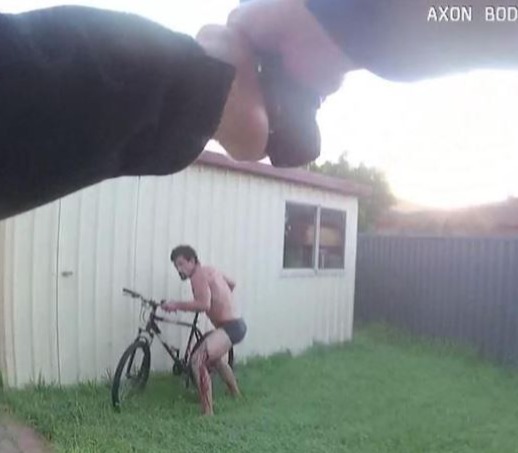 Forbes is then said to have forced his way into another house where he tried to pinch a bike from the backyard.

He then allegedly ran across the road – leaving a trail of blood behind him – and burst into yet another home, reportedly attacking an elderly lady and stealing her car keys.

But as cops tried to pull him from the vehicle, he put slammed his foot on the accelerator – smashing through the door of the garage and narrowly avoiding knocking a group of officers over.

He has been on the run since around 7am on Thursday, sparking a state-wide manhunt.

Today police warned: "He is desperate, violent, and dangerous.

"Anyone assisting Forbes can be charged for helping him."

Police believe he is prepared to do whatever it takes to avoid being caught.

Anyone who sees him to call police immediately.

“He should not be approached under any circumstances,” police said.

"If sighted, members of the community are asked not to approach Mr Forbes but to call police immediately on 131 444."