Body found in the search for ex-BBC editor, 65, who disappeared on NYE

Body is found in the search for ex-BBC editor, 65, who disappeared on New Year’s Eve after a meal out with his wife

A body has been found in the search for a former BBC editor reported missing on New Years Eve.

South Wales Police confirmed that a body was recovered in Cardiff Bay as part of the ongoing search for missing man Aled Glynne Davies.

He had been reported missing from his home in Pontcanna.

The 65-year-old, a former BBC Radio Cymru editor, was last seen in the Pontcanna area of Cardiff city at 11.30pm on Saturday, December 31. 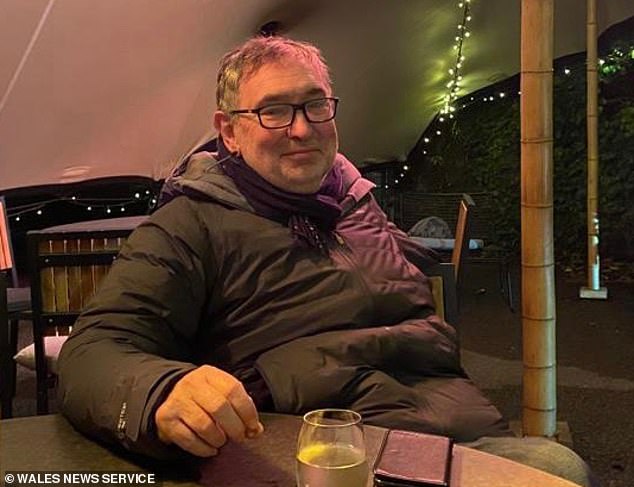 South Wales Police had been searching for Aled Glynne Davies, 65, who disappeared from Cardiff on New Year’s Eve around 11.30pm. 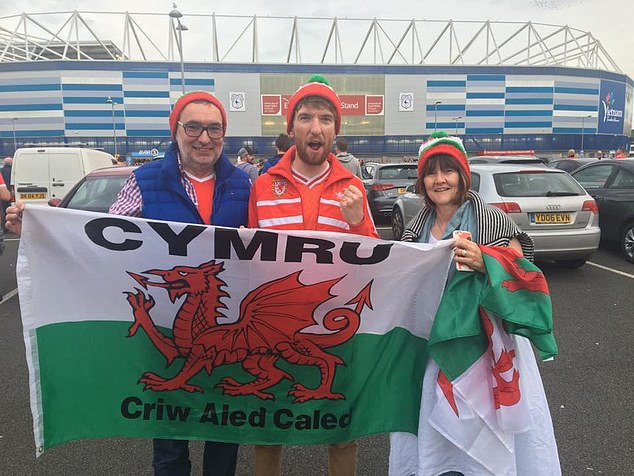 Aled (left) was last seen at his home in Cardiff, Wales, after a meal out with his wife Afryl Davies (right). The couple are pictured with their son, Gruff (centre)

Hundreds of people had been out searching for him since his disappearance while police and family members urged the public to check their CCTV cameras for any trace of him.

Aled had returned home from a meal in Pontcanna at around 10:30pm at night before going out for a walk at 11:30pm when he was last seen.

He did not take his medication with him and his family had described his disappearance as very uncharacteristic’.

Today South Wales Police confirmed that a body had been found in Cardiff Bay and that while formal identification has not yet taken place, they believed this to be the missing man, whose family has been informed. More than 400 people turned up on Sunday to help search for Aled (pictured) in Pontcanna, Penarth and Cardiff Bay.

He said: ‘Thank you all for your effort. It is very sad to announce that Dad has been found in the river.

‘Time for us all to try to relax now. Let’s celebrate Dad x’s life Avryl, Gwenllian and Gruff (and the rest of the family).’

Earlier in the day Huw Edwards had joined the family’s frantic appeal for information about his disappearance.

Superintendent Michelle Conquer said: ‘We continue to support Aled’s family at this very sad time and our investigation continues to determine the circumstances surrounding the death.’

Aled served as editor of BBC Radio Cymru – the broadcaster’s Welsh language radio service – between 1995 and 2006.

He is credited with successful relaunching the network and spearheading changes at the station that helped appeal to a new, younger audience.

Before serving his role as Radio Cymru editor, Aled was the station’s news editor. He also served as a senior producer of the BBC’s TV news service on S4C.

After leaving the BBC Aled and his wife, a former teacher, established Goriad Cyfyngedig in 2007 which produces television and radio programmes.

The company also facilitates conferences, workshops and courses relevant to the media industry.

Additionally, Aled has acted as a radio and TV juror for Bafta Cymru, the Wales Media Awards and the Celtic Media Festival.