The PM has called an emergency cabinet meeting for crunch talks this afternoon ahead of the public address. 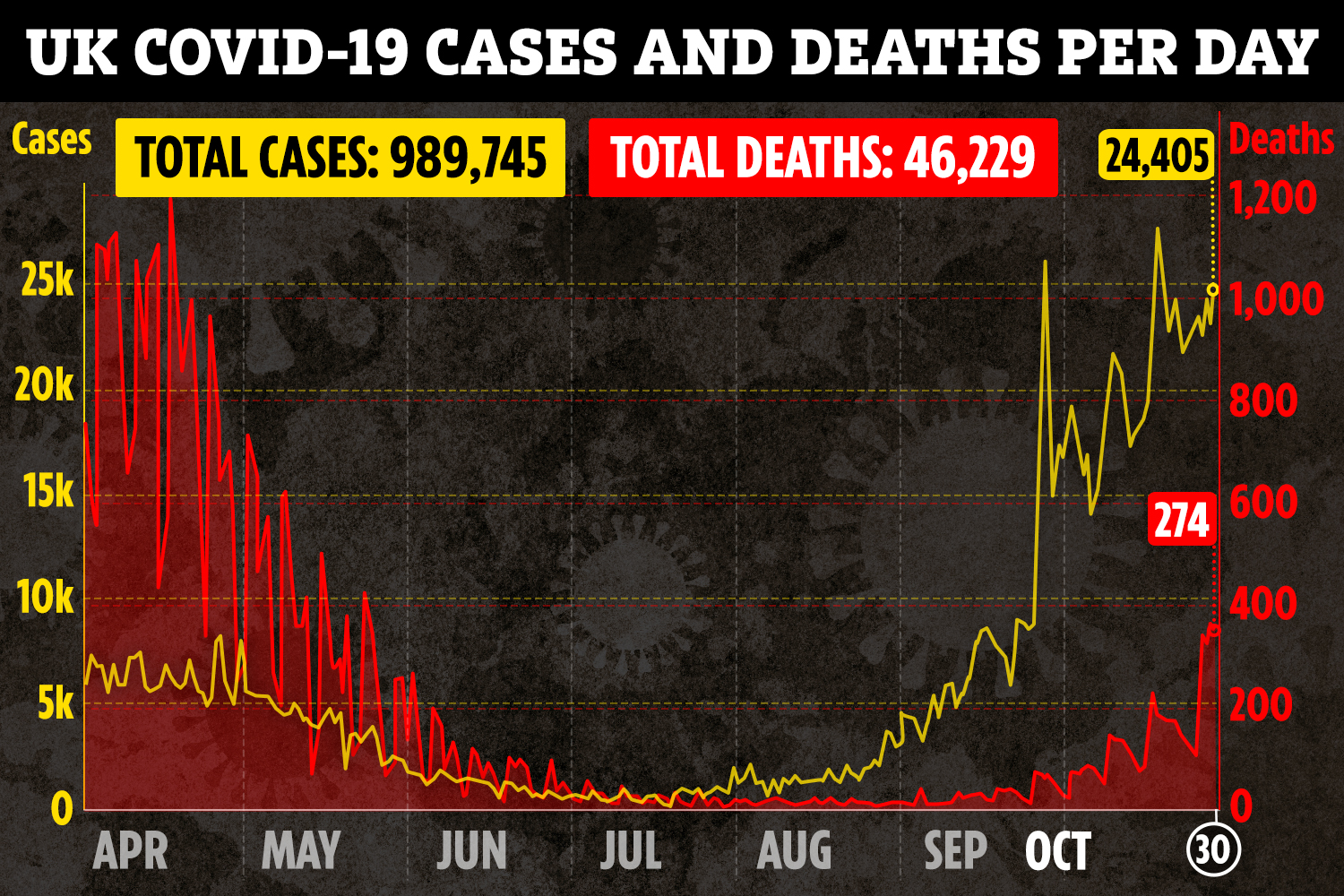 Ministers were briefed by scientific advisers as the government attempts to combat a surge in cases.

The PM is expected to be joined by chief medical officer for England Professor Chris Whitty and chief scientific adviser Sir Patrick Vallance.

He is expected to introduced new nationwide curbs, which would see everything closed except essential shops and educational settings.

It could be introduced this week and remain in place until December.

The announcement comes after government scientists presented the PM with “grim” data on the second wave, despite the R-rate falling.

No 10 has been warned deaths from the virus could peak just before Christmas, with a "massive spike" on Christmas Eve.

Grim projections looking at all outcomes have left Downing Street fretting about the festive period, and the spread of the virus.

Mr Johnson has so far resisted pressure to introduce nationwide restrictions, opting instead for a localised tier system, but he is facing fresh calls for action after new data showed the extent of cases across England.

The Office for National Statistics estimated that 568,100 people in households were infected with coronavirus in the week ending October 23, and Government scientific advisers believe it is now too late for a two-week national circuit-breaker to have enough of an effect.

The virus is thought to be spreading faster than the initial "worst-case scenario" predicted.

Grim models shown to the PM forecast 4,000 daily deaths before the end of the year if more severe restrictions aren't brought in, the BBC reports.

Asked if a second national lockdown was worth damaging the economy and people’s mental health, Professor Christina Pagel of the Government’s Sage advisory group said: “I think it’s inevitable.

"And given that it’s inevitable I think the sooner you do it the quicker it’s over and the more lives you save.”

France and Germany announced national lockdown restrictions earlier this week, while in Northern Ireland pubs and restaurants were closed for four weeks starting on October 16 with the exception of takeaways and deliveries.

Wales is currently under a "firebreak" lockdown, with leisure, hospitality and tourism businesses closed, and in Scotland the majority of people will be under Level 3 of a new five-tier system from Monday.

They said a four-week total national lockdown was the only way to save Christmas.

Sage says deaths are highly likely” to exceed the “reasonable worst case scenario” drawn up to help the Government with its planning.

Politicians and scientists want to bring infection rates down far enough so loved ones can gather safely for Christmas.