FOR a man who loves to be loved, Boris Johnson must feel cut to the bone by last week’s monstering from his closest, die-in-a-ditch allies.

The Spectator — the political weekly he once edited — stabbed first and hardest, followed by its Daily Telegraph stablemate in asking if their hero is up to the job. 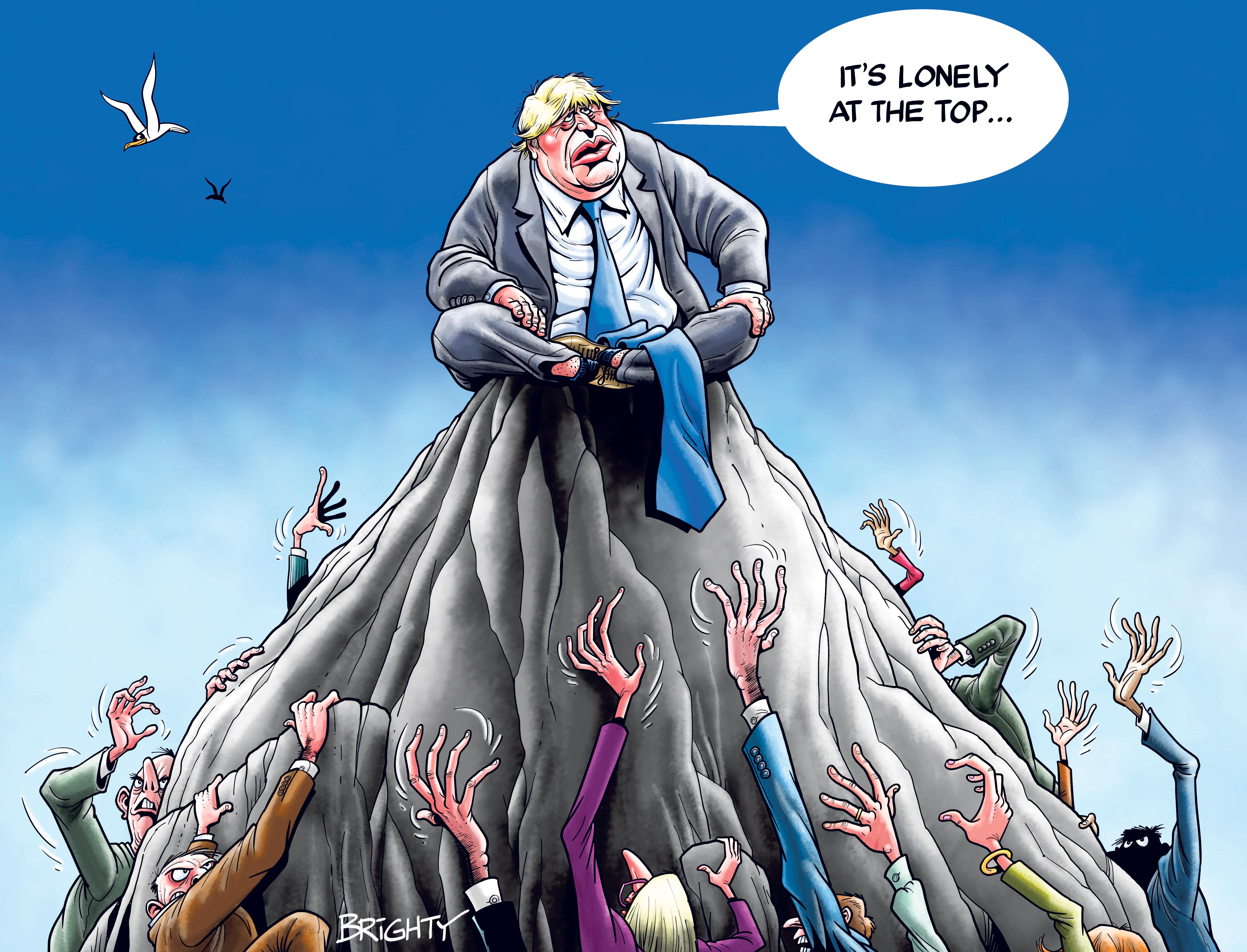 These are the papers which claimed Boris as their own, propelling their rock-star columnist to the peak of political power. Now they seem ready to tear him down.

I’d like to think this brutal pile-on was a deliberate blast of tough love — a wake-up alarm to save Britain from economic suicide.

Having just survived a real near-death battle with Covid, the Prime Minister is engaged in a political fight for survival with the economy-killing virus.

In fact, they probably meant every word of it.

“It’s getting close to being too late,” says a devout loyalist. “It’s two minutes to midnight.”

Polls show Labour and the Tories neck and neck for the first time. Support for the Government’s handling of the pandemic is draining away.

All eyes are focused enviously on light-touch Sweden, whose refusal to lock down is increasingly seen as the right answer.

The PM’s strongest backers decided desperate measures were needed to jolt their hero out of his apparent stupor and save Britain from the economic rocks. Others who never rated him as Prime Minister simply want him out.

As Boris dithers, his Cabinet is at war over a pandemic many experts believe has long passed its peak.

On one side, heavyweights Michael Gove, Matt Hancock and Dominic Cummings want a crackdown to stop a fresh spike in deaths, starting today.

On the other, Chancellor Rishi Sunak, Home Secretary Priti Patel and others are fighting against a job-wrecking paralysis enforced by shock £10,000 fines.

Tensions are running high. Old wounds are being reopened.

One senior figure said last night: “The Government is being run too much by Michael Gove and he doesn’t have Boris’s best interests at heart.”

Another fingered “Dishy Rishi” for launching a leadership bid. Tory MPs are in open revolt over a slew of increasingly draconian penalties dished out by Downing Street diktat without parliamentary debate.

Meanwhile, sour Remainers and disappointed ex-allies are stoking rumours of rifts between Boris and his partner Carrie Symonds.

Boris is pining for ex-wife Marina Wheeler and depressed by money worries, whispers one source believed to be close to Marina herself.

There is Brexit, too. But Covid is the real battlefield, with sceptics warning of irreparable economic harm, a jobs meltdown and high-street havoc.

Chief Medical Officer Chris Whitty is allegedly threatening to quit and spill the beans if Boris refuses to crack down hard.

“Scientists are running the Government,” says a senior Tory. “They are afraid people will blame them for their mistakes and are threatening behind closed doors to go public if they are overruled.”

Labour last week raised the stakes, foolishly insisting no Covid deaths are acceptable at all. They seem to forget the 170,000 likely deaths from untreated cancer, kidney and heart disease — and the suicides, which now outnumber virus deaths.

The average age of death from Covid is 82, longer than the average life expectancy in 21st-century Britain.

The first lockdown was designed to “protect the NHS”. The NHS is now safe, unlike tens of thousands waiting for tests or treatment for life-threatening conditions.

So-called expert Neil Ferguson, who sparked panic with demented predictions of 500,000 Covid dead, has once again been trotted out by the BBC to demand an immediate lockdown.

The Bonking Boffin has a record for bonkers forecasts as long as his arm. Boris should call instead on Carl Heneghan, the respected Oxford professor of evidence-based medicine.

“We are now in a troubling phase,” says Heneghan. “The inevitable rise in cases has not translated into a second wave.

“Our current response is out of proportion to the current threat at hand.

“There may come a time when the threat is more significant and we will need a more robust approach to restrictions.

CROSS-DRESSER and Corbynite Labour supporter Grayson Perry has angered his own side by suggesting they, not the Tories, are really the Nasty Party.

He accused the Left of being more corrupt and dishonest than those on the right of politics.

“The Left is more venal and has more antipathy to the opposition than the other way round,” the colourful potter told Radio Times.

“I would say the Right, on average, are friendlier and more open.”