Boris Johnson says cycling on the pavement is the NAUGHTIEST thing he will ‘admit to doing’ ahead of the election, despite a string of well-publicised affairs and an admission that he once took COCAINE

Boris Johnson owned up to cycling on the pavement today as the ‘naughtiest’ thing he would admit to doing ahead of the election.

The Prime Minister, known as a keen cyclist who was mayor of London when the so-called Boris Bikes were introduced, apologised for having ‘not always obeyed the law’ for the leg-powered two-wheeled vehicles.

But pulled up on Sky over whether this was the naughtiest thing that he had ever done he insisted that he was agreeing with a caveat from interviewer Sophy Ridge that it not be something ‘terminally politically damaging’.

It comes after Theresa May legendarily said that the naughtiest thing she had ever done was trespassing to run through a field of wheat.

Mr Johnson, in contrast, has a colourful track record of misdemeanors that includes extra-marital affairs.

Earlier this year he was forced to elaborate on a 2008 admission that he took cocaine as an Oxford undergraduate.

In a colourful exchange in the pre-recorded interview this morning Mr Johnson said: 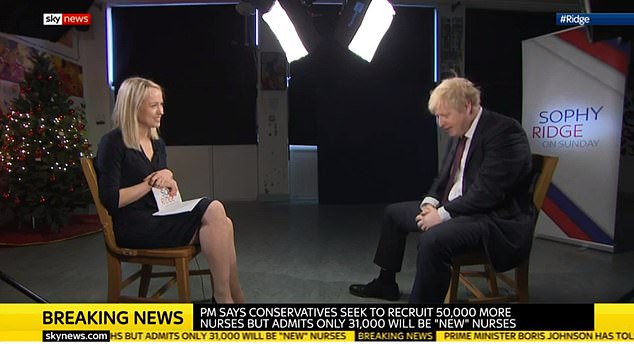 The Prime Minister, known as a keen cyclist who was mayor of London when the so-called Boris Bikes, apologised for having ‘not always obeyed the law’ 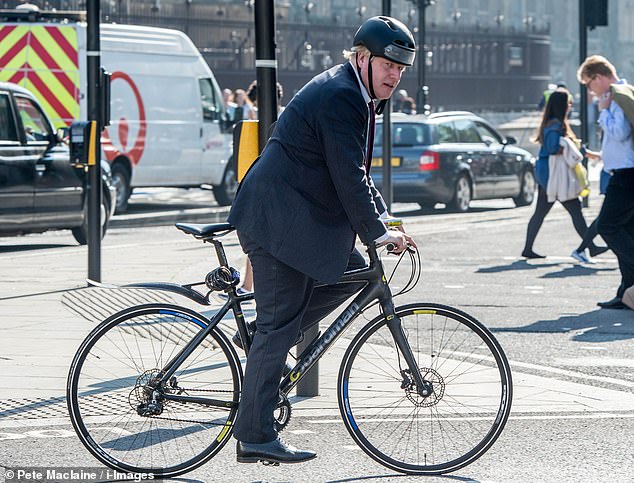 ‘But I want you to know how firmly and strongly I disapprove of people who cycle on the pavement and I think it’s wrong and I feel bad about it but I might sometimes have scooted up onto the pavement rather than dismounting before.’

he added that he did not think that his admission would damage his electoral chances, adding: ‘I still strongly disapprove of anybody breaching the laws of the road and we’ll invigilate them very thoroughly if we’re lucky enough to be returned with a working majority on Thursday which is what we need to get Brexit done and move this country forward.’

He has been married twice times, with each ending in divorce after he had an affair with his future wife.

He embarked on at least five extra-marital affairs and got at least two of his mistresses pregnant.

He has four children with Ms Wheeler and also has a fifth child after a fling with art consultant Helen Macintyre.

In 2004, his four-year affair with journalist and society author Petronella Wyatt, the daughter of Labour grandee Lord Wyatt, became public.

She later told how she had an abortion and suffered a miscarriage.

Mr Johnson was sacked from his role as shadow arts minister by then-Tory leader Michael Howard for lying about the relationship. 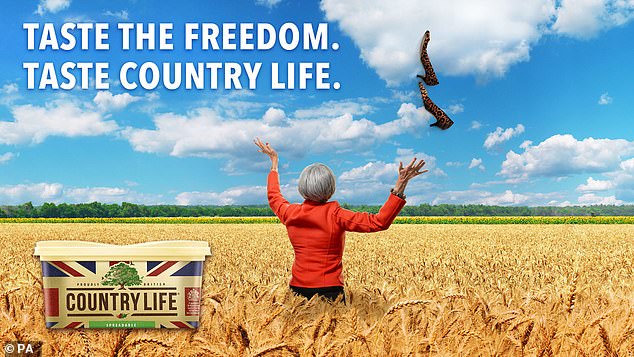 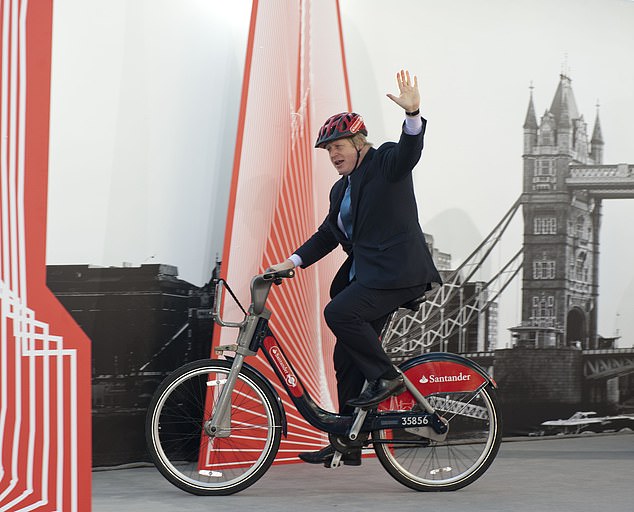 Mr Johnson also this year faced questions about drug use after a revelation that Michael Gove had taken cocaine.

The PM admitted during a 2008 Marie Claire interview to taking the drug, but this year rowed back, describing it as a ‘single inconclusive event’ more than 30 years ago.

He has also questioned whether ti was cocaine at all, suggesting it might have been icing sugar.

Mr Johnson’s conduct as a journalist has also raised some eyebrows. In 1990 a phone call between him and old Eton friend Darius Guppy was recorded.

In it he agreed to give Guppy the contact details of a News of the World reporter investigating his business affairs so he could give him ‘a couple of black eyes’.

The attack never happened and Mr Johnson said in 2013 he was just ‘humouring’ an old acquaintance.