Boris Johnson is facing growing pressure to offer more help to Ukrainian refugees as MPs called on the Prime Minister to give a ‘warm hearted commitment of sanctuary’ to those fleeing the Russian invasion.

There are mounting calls for the Government to waive visa requirements and to offer asylum to people forced out of Ukraine.

The United Nations High Commissioner for Refugees said more than 200,000 people have arrived in the countries surrounding Ukraine.

Foreign Secretary Liz Truss today signalled that the Government is set to do more to help refugees.

She said ‘we are looking urgently at what more we could do to support people in Ukraine’ with an announcement due to be made ‘very shortly’. 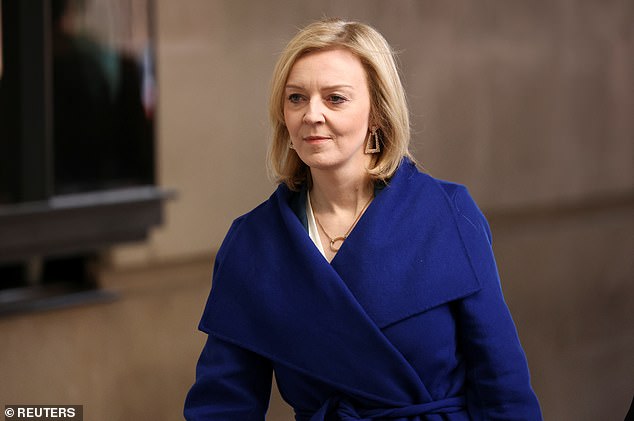 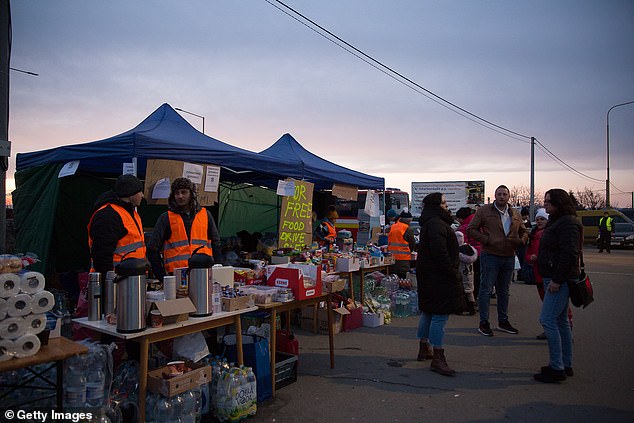 The United Nations High Commissioner for Refugees said more than 200,000 people have arrived in the countries surrounding Ukraine. Volunteers are pictured in Vysne Nemecke, Slovakia, yesterday, as they helped Ukrainians who were crossing the border

The Home Office announced last week that Ukrainians who have work, study, or visiting visas in the UK will have their stays extended.

The Government has also stepped up support for British nationals who have family in Ukraine by waiving visa application fees.

But ministers are under growing pressure to go much further and to offer asylum to Ukrainians who want to come to the UK.

Julian Smith, the Tory former chief whip, said: ‘It’s really important that the United Kingdom makes an immediate open, welcoming and warm hearted commitment of sanctuary to those who wish to leave Ukraine.

‘Rip up the usual bureaucracy and let’s just say they are welcome and we will make it as easy as possible to be here.’

Welsh First Minister Mark Drakeford said the Home Office must ‘go beyond’ its existing offers of help as he accused ministers of showing a ‘slightly grudging spirit’.

But a Government source told The Sunday Telegraph that the refugees issue is incredibly complex.

They said: ‘It’s easy for those who don’t have to implement this to make calls like this.

‘Of course we will play our part in the international humanitarian response. But we have to all work together on this.’

Ms Truss told Trevor Phillips on Sky News this morning that Mr Johnson had ‘already been very clear that we are a country that welcomes refugees, that we will do all we can to support the Ukrainians’.

The Foreign Secretary was told that some people in Ukraine may feel that the UK does not appear to be very welcoming.

Ms Truss said: ‘Well, first of all, I can completely say that is not true, the United Kingdom does welcome refugees and we want to do all we can to support Ukraine, economically we are supporting the humanitarian effort. 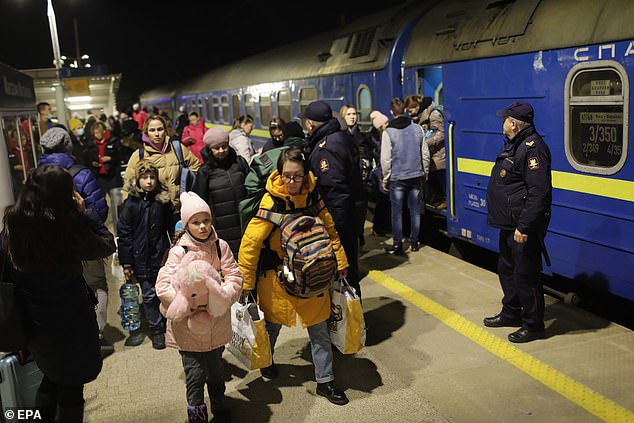 Ukrainian refugees arrive by train from Kiev at the Warszawa Wschodnia station in Warsaw, Poland, yesterday

‘I had a call last night with the United Nations about how we support making sure the humanitarian response is completely in place, how we protect humanitarian corridors out of Ukraine.

‘So we are doing all that work. I know it is difficult and I completely appreciate the difficulty of communications in Ukraine, there is an online system that people can use to apply for visas.

‘But as I say, we are looking urgently at what more we could do to support people in Ukraine.

‘But I want to send a very strong message, the United Kingdom welcomes refugees.’

Ms Truss said ministers will be ‘saying more about this very shortly’.