Bravery medals awarded to Falklands war diver on sale for £50,000

Bravery medals awarded to the hero Falklands War diver who saved the submarine that sank the Belgrano go on sale for £50,000

The bravery medals awarded to a hero diver who saved the submarine which sunk the Belgrano from disaster at the height of the Falklands War have emerged for sale for £50,000.

Petty Officer Graham Libby was a qualified diver on board the Conqueror, which famously took out the Argentinian cruiser on May 2, 1982, with the loss of 323 lives.

Twenty three days later, the Conqueror itself was placed in great peril when a floating wire aerial became trapped in its propeller, causing a banging noise which would surely have led to its detection by the enemy. 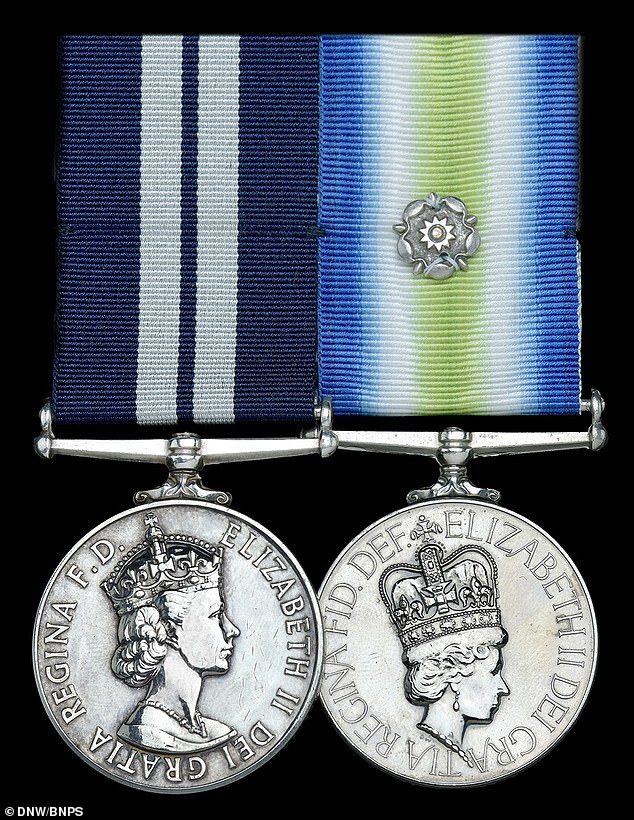 Graham Libby’s bravery medals The bravery medals awarded to a hero diver who saved the submarine which sunk the Belgrano from disaster at the height of the Falklands War have emerged for sale for £50,000

With the lives of 100 crew at stake, Pty Off Libby volunteered to lead a team of five divers who carried out a ‘terrifying’ night dive to free the aerial in the Atlantic Ocean.

It had become tightly wrapped around the shaft and blades of the propeller, which was still turning.

Pty Off Libby was battered by heavy waves in the icy sea during the heart-pounding 20 minute dive.

The need for dexterity meant he could not wear gloves, and he felt his entire body seize up in the cold.

But, against all odds, he was able to cut through the wire with a hacksaw, freeing it from the propeller. 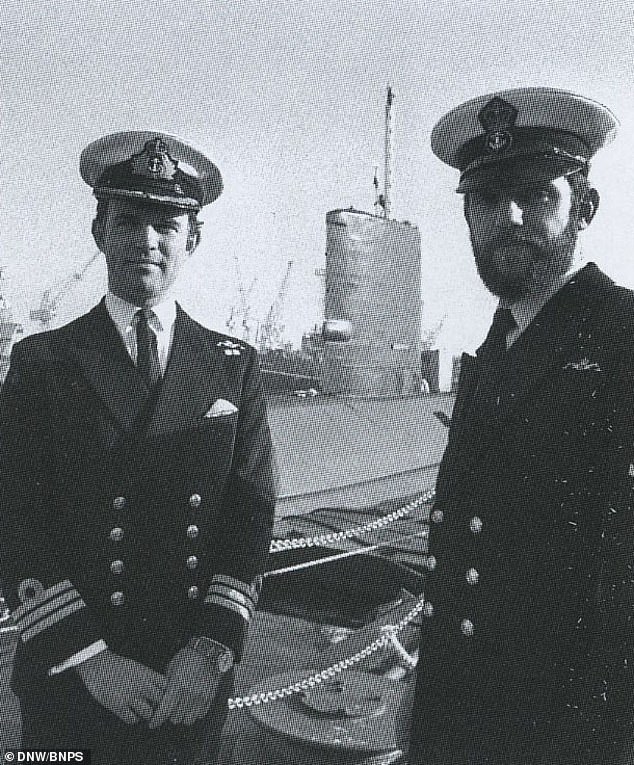 Miraculously, the patrol was able to continue unhindered. Writing in the Conqueror’s logbook, Commander Chris Wreford-Brown noted Pty Off Libby’s efforts went ‘far beyond the call of normal duty’.

Pty Off Libby, downplaying his efforts, later recounted: ‘I was a single man. I was quite happy to go out there because I was all pumped up.

‘We had just sunk a blooming great warship – this could be the icing on the cake, you know?’

Pty Off Libby’s medal group, including the Distinguished Service Medal and a South Atlantic Medal, is going under the hammer with auction house Dix Noonan Webb, of London.

His DSM citation, in the London Gazette, read: ‘While on patrol north of the Falklands Islands on May 25, 1982, a floating wire aerial trapped round HMS Conqueror’s propeller causing cavitation and noise to the detriment of her operational effectiveness. 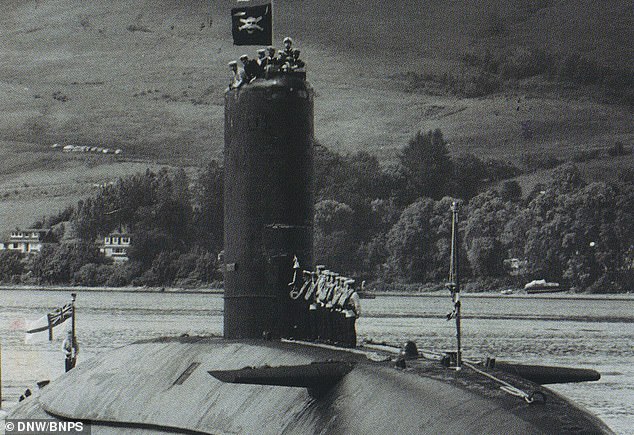 The Conqueror during the Falklands War.  With the lives of 100 crew at stake, Pty Off Libby was able to cut through the wire with a hacksaw, freeing it from the propeller

‘Acting Petty Officer Libby volunteered to carry out a dive to free the obstruction.

‘With the submarine surfaced he knew full well that if she were detected by Argentine aircraft she would possibly have to dive without recovering him.

‘He was also battered by heavy waves, threatening to part his lifeline and sweeping him away.

‘Nonetheless he succeeded in clearing most of the obstruction, after 20 minutes in dark, freezing, and terrifying conditions, enabling HMS Conqueror to continue on her patrol unhindered.

‘He demonstrated a degree of cold, calculated courage and willingness to risk his life for the benefit of the ship far beyond any call of duty.’

In August 1982, just months after returning from the Falklands, Pty Off Libby was involved in Operation Barmaid – an audacious mission to capture a towed array sonar from the Russians in the Barents Sea.

He was chief diver on board the Conqueror, helping to direct the submarine as pincers affixed to its bow cut through the 3ins thick wire which connected the sonar – a piece of advanced Soviet submarine detection technology – to a Polish flagged towing vessel.

Afterwards, the submarine returned with its newly acquired price to her base on the Clyde in Scotland, with the joint British and American operation remaining ‘top secret’ for 30 years.

Hearing of its success, a jubilant Prime Minister Margaret Thatcher reputedly said: ‘Thank goodness it was one of our submarines which had done it.’

Pty Off Libby sold his medals in 1988 to the late Len Matthews, a prominent medal collector. It is being sold from his estate.

‘If they had been detected by Argentine aircraft, the outcome could have been a disaster.

‘Shortly after returning from the Falklands, Libby was still chief diver in Conqueror when he played a leading part in the remarkable and, until very recently, highly classified untold story of the capture of secret Soviet sonar detection equipment during the ‘Cold War’.’

Having ensured it had hit its target, Cmdr Wreford-Brown took it deep and fast for a sprint away from the immediate area, and spent the next two days patrolling the area around the site of the attack.

The sale takes place on September 25.