The deceased diver involved in a multimillion-dollar drug drop in Newcastle has been identified as Brazilian national Bruno Borges.

Leonardo Rabelo, from the Brazilian consulate in Sydney, confirmed the country’s embassy in Canberra had been in contact with Borges’ family and also with the consulate-general in Sydney. 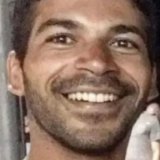 The deceased diver has been identified by the Brazilian embassy and friends as Bruno Borges.Credit:Facebook

More than $20 million worth of cocaine was found last week after emergency services were called to the Hunter River when an unconscious diver washed up on the shore. Passers-by and paramedics performed CPR on Borges, but he died at the scene. A bag containing the cocaine was found nearby.

Borges’ friend Paulo Marugi took to social media to rally support for the dead man’s family. “Guys, the family needs a lot of strength to bring his body to Brazil, no matter how much helps,” Marugi wrote.

“Only those who knew know the heart Bruneka had. Go in peace, my boy.”

Police believe more than 50 kilograms of cocaine made its way into the community during the fatal drug drop. 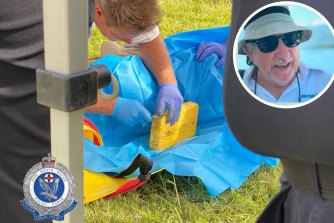 At the time, police said they believed the death was linked to the arrival of the bulk carrier ship Areti, which investigators believe brought the cocaine into the port of Newcastle from Argentina.

Queensland superyacht tour operator James Blake Bee was arrested during an alleged attempt to flee Australia for Singapore on May 11, two days after Borges’ body was found by police.

The search continues for two others believed to be connected to the failed drug drop, but police fear they may have fled the country after the event. 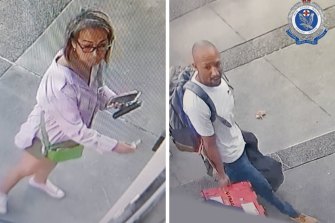 The images of two people police believe may be able to assist with their investigation.Credit:NSW Police

The carrier ship linked to the drug drop is due to leave Newcastle on Thursday night.