Tampa Bay Rays outfielder Brett Phillips is all about fun. He's literally created an entire brand based on the phrase, "Baseball is fun." Phillips takes every opportunity to show off his big personality on the field. He's among the most entertaining players in the game.

So, it was shocking to see Phillips at a loss for words following the Rays' 9-8 win Tuesday. Prior to the contest, Phillips met a young fan dealing with cancer for the second time. The fan, eight-year-old Chloe Grimes, threw out the first pitch before the game. Phillips — Grimes' favorite player — caught the pitch.

The Rays' broadcast team decided to interview Grimes during the contest. The interview occurred when Phillips was batting. Then, this happened.

Chloe Grimes, an 8-year-old @raysbaseball fan who is currently battling cancer, was on the call when her favorite player, Brett Phillips, hit a homer. ❤️ pic.twitter.com/5HGc8lfqSs

Phillips clobbered a pitch to right field for a long home run during Grimes' interview. It was an incredible moment.

Following the contest, Phillips found out what happened. He did not realize his home run came while Grimes was being interviewed. Once he was informed he hit it at that moment, Phillips got choked up and dedicated the home run to Grimes.

Brett Phillips finds out about the magical moment that happened when Chloe was being interviewed while he hit a home run! @RaysBaseball#RaysUppic.twitter.com/qyVy2ccumb

It's an incredibly touching and real moment. Phillips' emotion is genuine as he sends his love and support to Grimes and her family.

Phillips has it right, "Baseball is fun." It's also so much more than that. 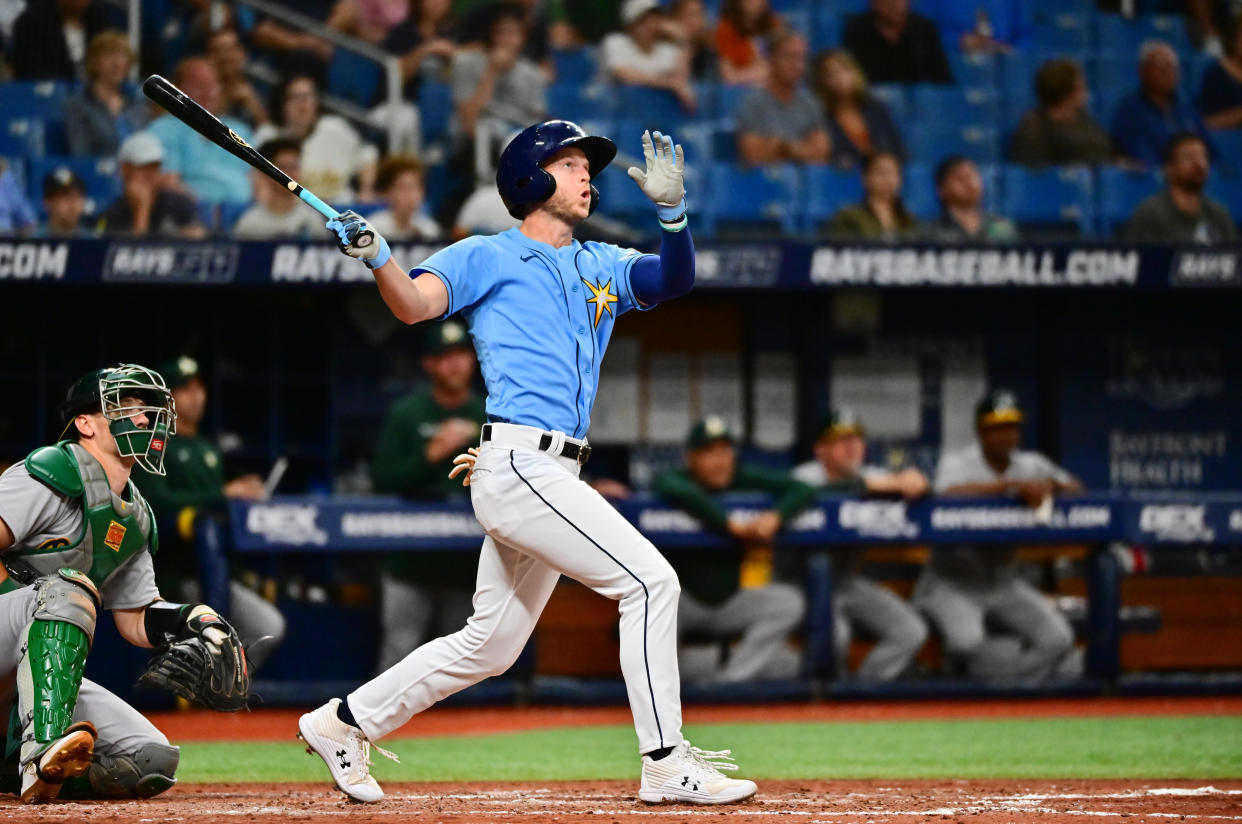