A school set up more than 300 years ago will drop the name of slave trader Edward Colston.

Colston’s School in Stapleton, Bristol, which was founded by the 17th century merchant in 1710, will change its name following a consultation in the summer.

A new name, which students, former pupils, parents and staff will be involved in the process of choosing, will be announced in summer 2022. 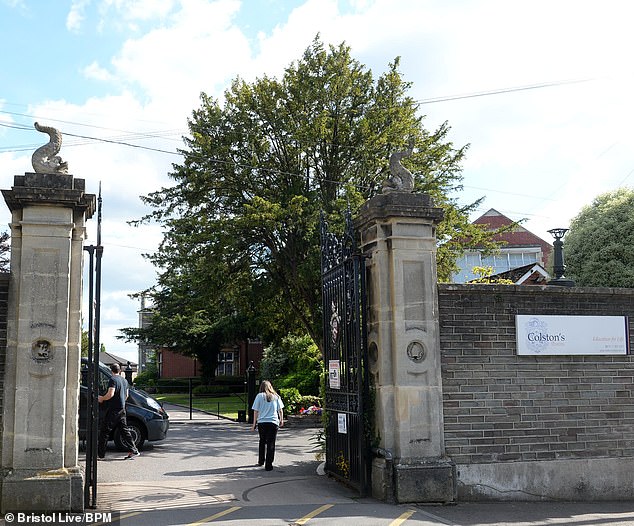 Colston’s School in Stapleton, Bristol, which was founded by the 17th century merchant in 1710, will change its name following a consultation in the summer

It comes after a statue of Colston was toppled in the city during a Black Lives Matter protest in 2020.

The private school said the name Colston ‘will forever be associated with the enslavement and deaths of African men, women and children’ following the events that took place in Bristol in June last year.

A survey on the school’s name amassed more than 2,500 responses, 1,096 of which were from the general public.

More than four in five (81%) of the members of the public who took part said the school should retain the name of Colston’s.

But analysis of the feedback of respondents who are part of the school’s community – such as pupils, alumni and staff – showed that they were more inclined to see a change in the name of the school as a positive step. 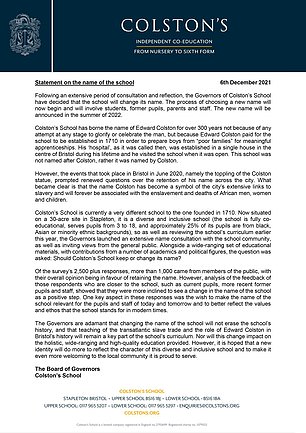 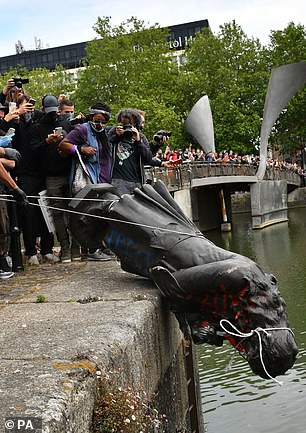 Nick Baker, chairman of governors at Colston’s School, said: ‘After a lengthy period of consultation, consideration, and reflection, it became clear that those with a closer connection to the school would prefer to have a name that was more relevant for the pupils and staff of today and tomorrow.

‘It is hoped that a new identity will do more to reflect the values and ethos that the school stands for today and to make it even more welcoming to the local community it serves.’

Jeremy McCullough, the school’s headmaster, added: ‘Changing the name will not change the nature of our happy, diverse and forward-looking school.

‘We will continue to provide an excellent and holistic education and to do our very best to support those families who entrust us with their children.

‘It is an exciting new chapter for the school, and I am proud of our pupils and staff for engaging in this complex discussion and for being a part of the future they want to see.’ 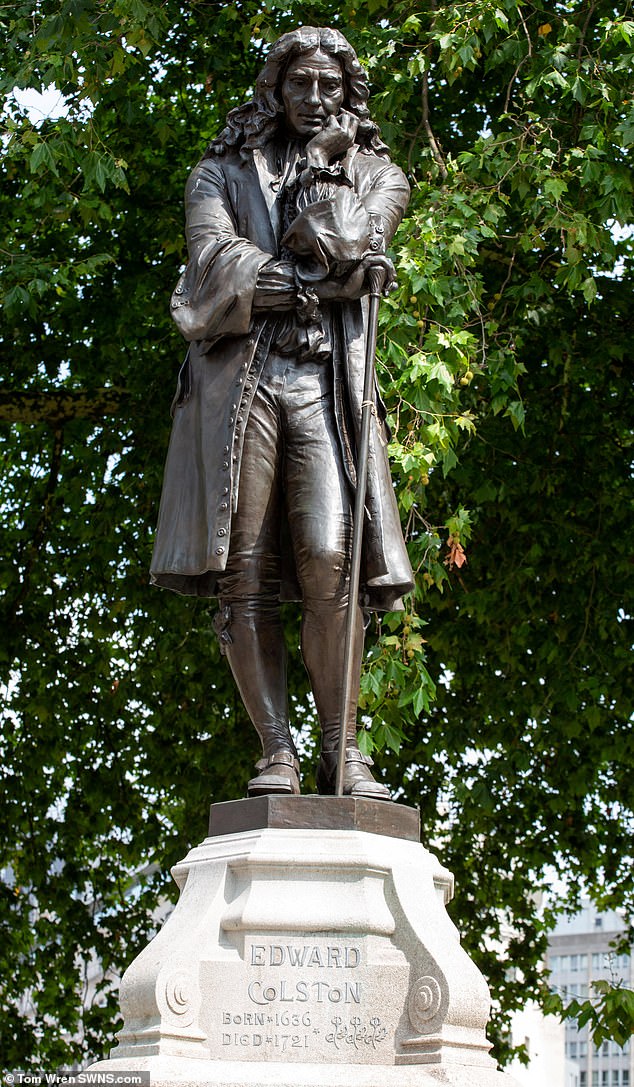 A survey on the school’s name amassed more than 2,500 responses, 1,096 of which were from the general public 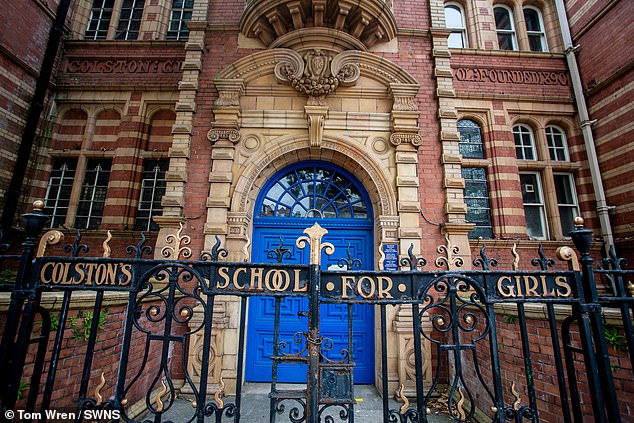 In November last year, Colston’s Girls’ School in Bristol announced it would become Montpelier High School after a vote with current students and staff

But governors said the move ‘will not erase the school’s history’ and that teaching pupils about the transatlantic slave trade will remain a key part of the school’s curriculum, as will the role of Colston in Bristol’s history.

A statement from the board of governors added: ‘This school was not named after Colston, rather it was named by Colston.’

Colston paid for the school to be established more than 300 years ago with the intent of preparing boys from ‘poorer backgrounds’ for apprenticeships, the statement also said.

Edward Colston was integral in the Royal African Company, which had complete control of Britain’s slave trade

Edward Colston was born to a wealthy merchant family in Bristol, 1636.

After working as an apprentice at a livery company he began to explore the shipping industry and started up his own business.

He later joined the Royal African Company and rose up the ranks to Deputy Governor.

The Company had complete control of Britain’s slave trade, as well as its gold and Ivory business, with Africa and the forts on the coast of west Africa.

During his tenure at the Company his ships transported around 80,000 slaves from Africa to the Caribbean and America.

Colston’s brother Thomas supplied the glass beads that were used to buy the slaves.

Colston became the Conservative MP for Bristol in 1710 but stood only for one term, due to old age and ill health.

He used a lot of his wealth, accrued from his extensive slave trading, to build schools and almshouses in his home city.

A statue was erected in his honour as well as other buildings named after him, including Colston Hall.

However, after years of protests by campaigners and boycotts by artists the venue recently agreed to remove all reference of the trader.

On a statue commemorating Colston in Bristol, a plaque read: ‘Erected by citizens of Bristol as a memorial of one of the most virtuous and wise sons of their city.’

In the wake of the Black Lives Matter protests in 2020 sparked by the death of George Floyd in the US, the statue of Colston overlooking the harbour was torn down.

A statement on the school’s website says: ‘Colston’s is a grounded, holistic school where individuals of many and varied talents, abilities and backgrounds work together in order for each individual to maximise their potential in all areas.’

In November last year, Colston’s Girls’ School in Bristol announced it would become Montpelier High School after a vote with current students and staff.

It came after the bronze memorial of Colston was pulled down on June 7 in 2020 and dumped in Bristol Harbour. It was later recovered by Bristol City Council and placed in a museum.