Britain's biggest-ever lottery jackpot is up for grabs TONIGHT

Britain’s biggest-ever lottery jackpot is up for grabs TONIGHT: Race is on for tickets in £172m EuroMillions draw

Britain’s biggest-ever lottery jackpot is up for grabs tonight with EuroMillions ticket holders in with a chance of winning £172 million.

A lucky individual with the winning numbers would beat the £170 million British record, won by an anonymous player in 2019.

‘If one UK winner banks the entire sum, they would instantly become Britain’s biggest ever National Lottery winner.

‘Players are urged to get their tickets early to be in with a chance of winning this fabulous prize.’ 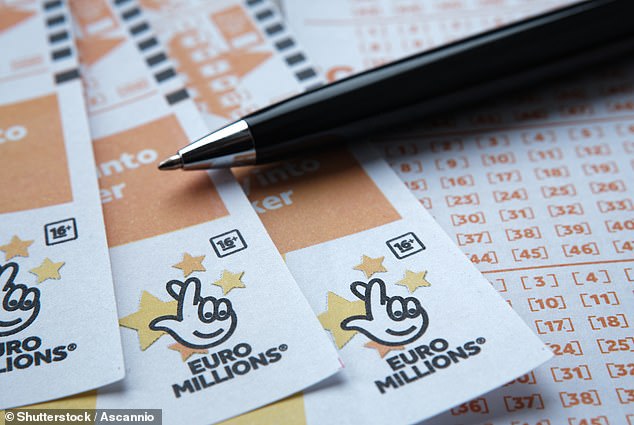 The biggest jackpot won so-far this year was in April when nine rollovers took its value from £14 million to over £122 million before being claimed by an anonymous ticket holder.

Should someone claim tonight’s prize, their new fortune would be greater than that of Queen’s Roger Taylor and Sir Tom Jones, who according to The Sun are both worth around £170 million.

The winner would also not be far behind Eric Clapton, worth £175m, DJ Calvin Harris worth £180m and Robbie Williams at £185m.