London: The British serial killer known as the "Yorkshire Ripper'" has died at a hospital in northern England. He was 74.

Peter Sutcliffe, a former grave digger, was serving a life sentence for killing 13 women in Yorkshire and northwest England between 1975 and 1980.

He had reportedly refused treatment after testing positive for COVID-19 and was suffering from a number of underlying health conditions. His death will be investigated by the coroner.

Sutcliffe's barbaric attacks on young women were compounded by the police incompetence that allowed him to evade arrest and continue killing. The manhunt for the Ripper was one of the biggest the country had ever known, with some 2.5 million manhours spent trying to catch him. 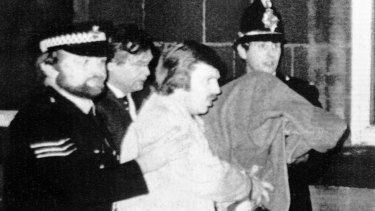 Peter Sutcliffe, under a blanket, as he was led from court in 1981.Credit:AP

Though interviewed nine times, Sutcliffe was only caught after being found with a prostitute in his car.

He was convicted in 1981 and, after a long spell in Broadmoor Hospital in Berkshire, he was transferred to HMP Frankland in 2016 after being deemed stable enough to serve time in prison.

Sutcliffe reportedly suffered from a range of conditions before his death, including heart trouble, diabetes and obesity.