British police contacted over report of cocaine use in Parliament

London: British parliamentary authorities are calling in the police after a newspaper reported that traces of cocaine had been found at numerous sites in Parliament.

House of Commons Speaker Lindsay Hoyle said he was contacting police after the Sunday Times reported that illegal drugs were being used inside Parliament buildings. 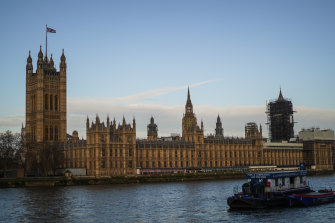 The newspaper said tests using drug detection wipes found traces of cocaine in 11 locations that are only accessible by accredited parliamentary lawmakers, staff and journalists, including a washroom near Prime Minister Boris Johnson’s parliamentary office.

“The accounts of drug misuse in Parliament given to the Sunday Times are deeply concerning — and I will be raising them as a priority with the Metropolitan Police this week,” Hoyle said in a statement. “I expect to see full and effective enforcement of the law.”

The allegations emerged just as the government announced a new strategy to combat drug abuse and drug-related crime. The plans published on Monday (Tuesday AEDT) call for more resources to rehabilitate addicts, alongside a police clampdown on drug dealers and traffickers. 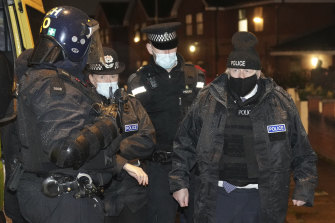 Britain’s Prime Minister Boris Johnson, right, observes an early morning police raid on a home in Liverpool, England, ahead of the publication of the government’s 10-year drug strategy. Credit:AP

The government also plans to target recreational drug users to suppress demand for narcotics, including by contacting clients found in drug dealers’ seized phones “with a range of messages to discourage their drug use”.

“There are obviously several thousand people who work on the estate and I would be surprised if there weren’t some lifestyle users of drugs amongst them,” he told Sky News.