British woman’s relief as she learns her husband, 60, is alive after he vanished when the line went dead during phone call as 190mph storm ripped through their house in Bahamas

A British woman was overjoyed to learn that her husband is alive after he was caught up in the hurricane disaster believed to have killed hundreds in the Bahamas.

Julieth McCafferty had been speaking to husband Martin on the phone when the line went dead as the 190mph storm ripped through their house.

She prayed for three days and nights as Hurricane Dorian reduced the island of Grand Abaco to little more than matchwood. 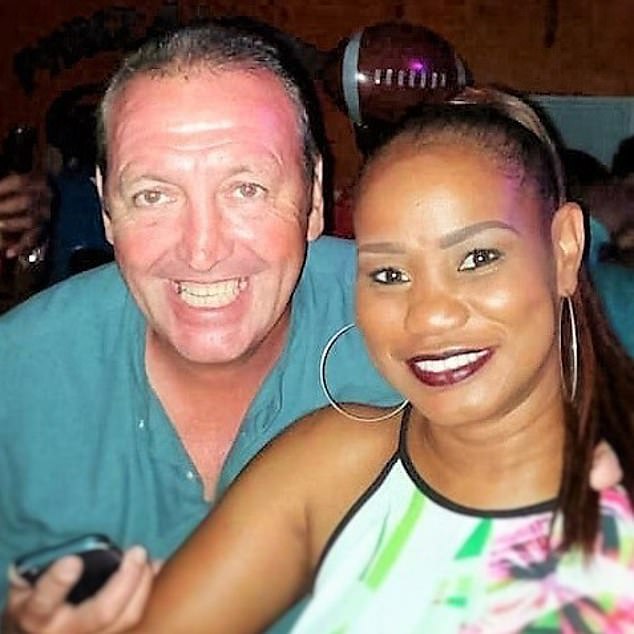 Lucky to be alive:  Martin McCafferty survived Hurricane Dorian even though it was struck by the 190mph storm

Construction firm boss Mr McCafferty, 60, was in the couple’s home on the coast as it took the full force of the storm.

Bahamian-born Julieth, who is in her 50s, was 90 miles away with relatives on Grand Bahama, which also suffered terrible damage as Dorian moved westwards.

Recalling what she feared was their last conversation, she said: ‘Martin phoned me on Sunday in a panic, telling me the shutters had blown off the sliding doors, then the doors themselves blew off. Next he said furniture in the room was being sucked out of the house and at that moment the phone line went.

‘I was so scared. He was posted missing, and I just prayed he wasn’t dead. I didn’t sleep for three days and nights, I was so worried.’ 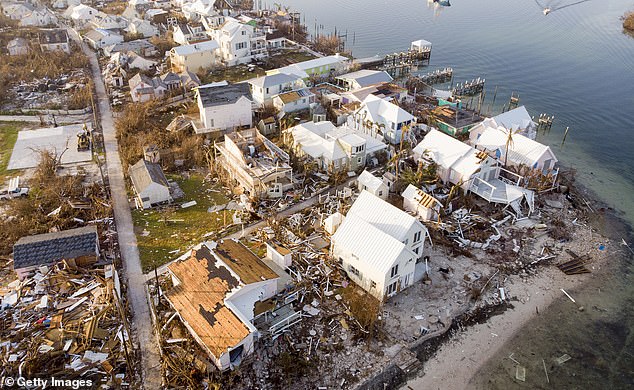 Destruction: Hurrican Dorian wreaked havoc and ripped through scores of homes in its wake in the Bahamas

Realising his house was no longer safe, Scottish-born Mr McCafferty gathered up his Staffie dog Jinky –named after former Celtic legend Jimmy Johnstone – grabbed a gallon of water and made for the couple’s Honda Civic, which was sheltered between two outbuildings.

‘On Wednesday I got a call from a government official who’s a friend of ours to tell me Martin was definitely safe. It was the best news I’ve ever heard,’ Julieth said.

‘He’s been told his name is on a list to fly to Nassau today, but I won’t really relax until he’s in my arms.’

Their home island was declared uninhabitable yesterday, with bodies strewn around the coast and reports of sharks swimming among the corpses.

The death toll – which officially stands at 43 – is expected to soar into the hundreds.

Thousands of people were huddled at the airport and port yesterday waiting for flights and rescue boats.

Back in the UK, Mr McCafferty’s sister-in-law Laura joined with other family members in celebrating his lucky escape.

‘We all feared the worst,’ Mrs McCafferty, 43, told The Mail on Sunday. ‘While we hoped he’d been resourceful and found himself somewhere to hide, there was no doubt Abaco took a direct hit.’

Foreign Office and DFID teams have been sent to the area, where it is feared several hundred Britons have been affected by the storm.