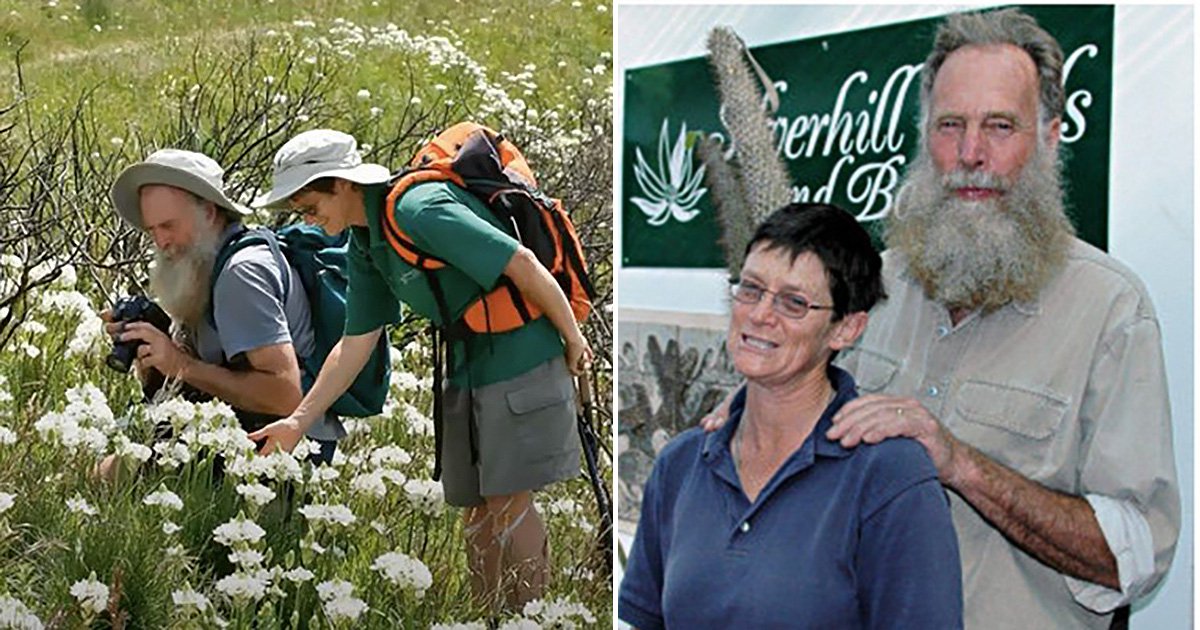 A British couple was brutally murdered by a ruthless gang as they searched a remote South African nature reserve for rare seeds, a court heard.

Respected botanists Rachel Saunders, 63, and Rod Saunders, 74, were kidnapped and beaten to death in the Ngoye Forest Reserve.

They had their bodies thrown into a crocodile-infested river in February 2018.

The pair, who were married for 30 years, were scouring wild mountains and forests for their business Silverhill Seeds, based in Cape Town.

Their decomposed bodies were discovered by fishermen days after they were killed – but they were not identified until April.

Police arrested four people, three of whom were charged with murder, kidnap, robbery and theft.

Sayefundeen Aslam Del Vecchio, 39, his wife Bibi Fatima Patel, 28, and their lodger at the time Mussa Ahmad Jackson, 35, have denied all charges at Durban High Court.

A fourth suspect, who was found to have bought the cellphones belonging to the couple and was not involved in the murders, was given a suspended sentence in exchange for vital evidence.

Messages recovered from the phones of the three suspects have sparked fears the group were members of terrorist group ISIS.

One message, sent a day before the kidnapping, allegedly discussed how they must ‘kill the kuffar (non-believer) and abduct their alias, destroy infrastructure and put fear in the heart of the kuffar’.

On the day of the couple’s deaths, Del Vecchio is said to have sent a message to his wife and his then-lodger saying there was an elderly couple in the forest and that it is a good ‘hunt’ and he has the ‘target’.

Del Vecchio also allegedly sent the following message to an unknown person: ‘It is very important the body of the victims is never found. It remains a missing person case.’

The court heard that in the days before their deaths, the botanists met with a BBC TV documentary crew to be interviewed by presenter Nick Bailey for an episode of Gardeners World.

A selfie taken by Mr Bailey and posted on his Twitter account is believed to be one of the last pictures of the couple alive.

Days later they said they were heading for the Ngoye Forest Reserve 90 miles north of Durban but were never heard from again.

The court was told: ‘Around February 10 the investigating officer received information that Rodney Saunders and his wife Dr Rachel Saunders from Cape Town had been kidnapped in the Kwa-Zulu Natal region.’

On February 15, 2018, Sayefundeen Aslam Del Vecchio, 39, and his wife Bibi Fatima Patel, 28, were both arrested at their home in Endlovini which is just 30 miles from where the Saunders vanished.

Mr Saunder’s Land Cruiser was recovered on February 19 with a large amount of blood in the cargo area which was later confirmed to belong to Dr Saunders.