He has barely had time to carry his new bride over the threshold, but newly married Brooklyn Beckham and his wife Nicola Peltz are selling their marital home.

The couple, who tied the knot in Florida last month, have put their £9 million Los Angeles home on the market because, according to friends, it ‘isn’t quite what they wanted’.

Miss Peltz appears to have inherited her billionaire investment banker father Nelson’s business acumen, with the property – described as ‘an exceptional architectural sanctuary’ – on the market for £400,000 more than she and her husband paid for it last year.

‘When you’re as rich as Brooklyn and Nicola’s families, £400,000 might not seem a lot but it is when you think they only had it for a matter of months,’ a source said. 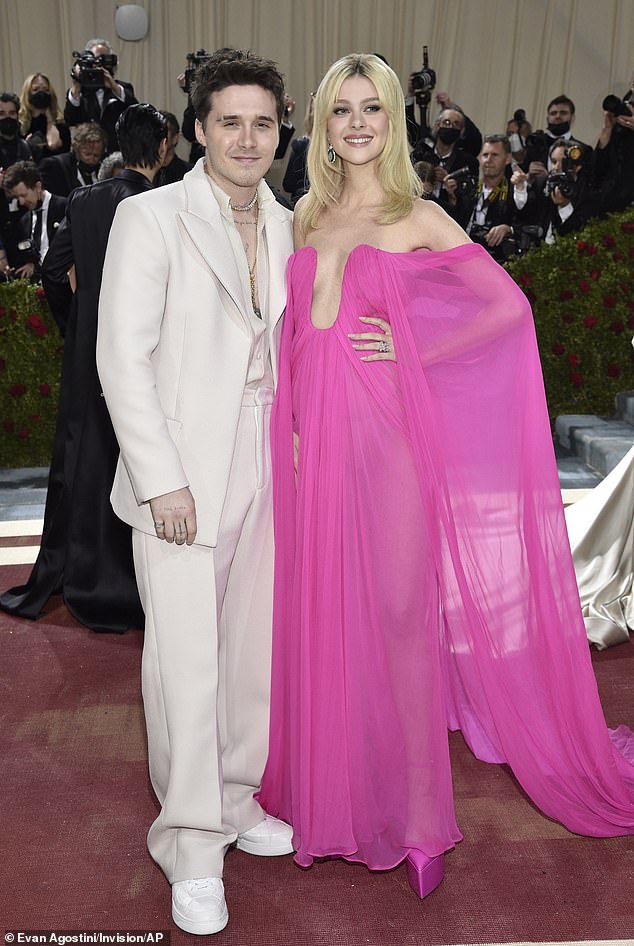 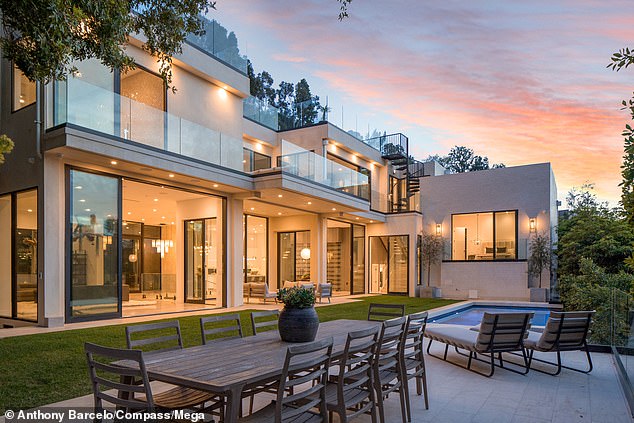 The £9million property has been put back on the market for £400,000 more than the couple paid for it last year

‘While it wasn’t planned to be their forever home, it was going to be where they settled for a while.

‘They wanted to do a bit of decorating before they moved in but then they changed their mind and decided to abandon it altogether.’

As they seek a more palatable ‘starter home’, Brooklyn, 23, and his 27-year-old wife are living in her bachelorette apartment in Los Angeles.

In characteristically florid language, Compass says those arriving at the house are ‘greeted with walls of glass showcasing the lush surroundings, the open layout has a seamless indoor and outdoor flow.

Smooth lines and rounded transitions create a feng shui balance you can feel when walking through this home’. 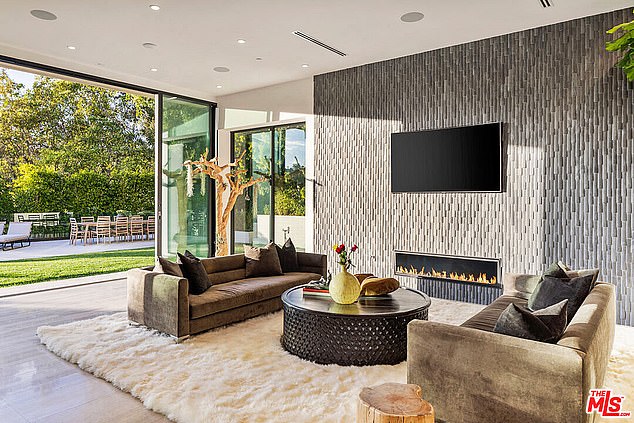 The newlyweds are understood to want to stay in Los Angeles and friends say Brooklyn – whose parents David and Victoria have an estimated joint fortune of £380 million – already has a lot of his ‘big stuff’ such as his cars in California.

To alleviate any stress of moving house, Brooklyn – whose varied careers to date include modelling, photography and cookery – and Miss Peltz, an actress best known for a role in Bates Motel, a US TV prequel to Alfred Hitchcock’s 1960 film Psycho, will soon embark on a delayed honeymoon.

‘The wedding was just so massive that they decided to wait for the summer to go away properly,’ the source said.

‘They both have a lot on, so it gives them something really fantastic to look forward to.’