A SUPREME Court judge's son was arrested for allegedly stealing a police shield while storming the Capitol covered in fur pelts. 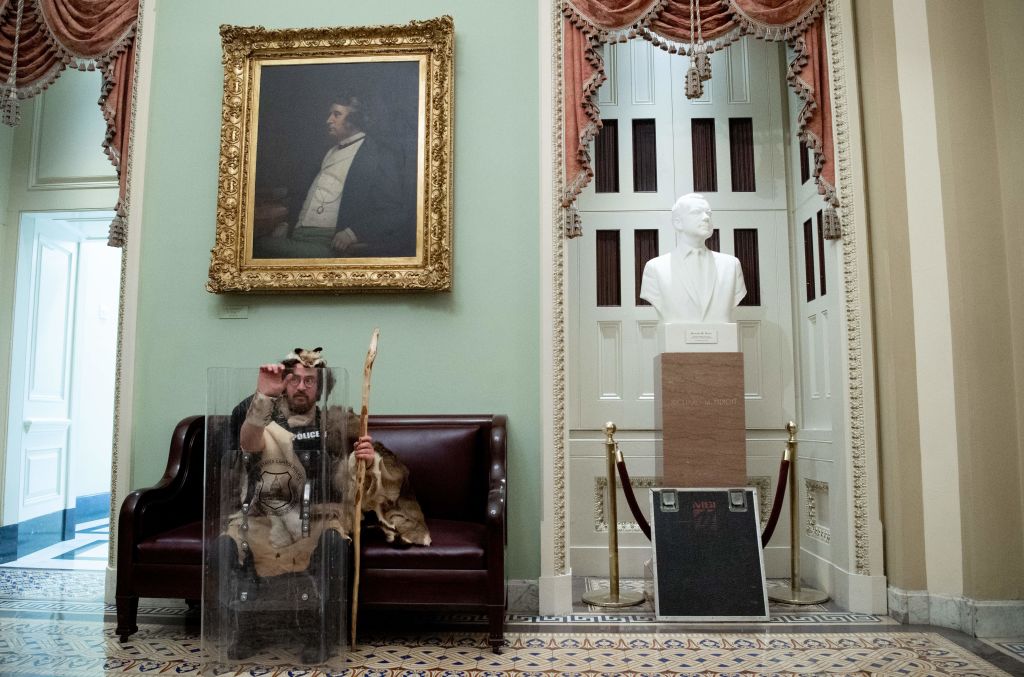 Mostofsky, who told the New York Post Wednesday he’d come to protest a “stolen election,” was holding a police riot shield as a mob of rioters swarmed the building on Wednesday.

“We were cheated. I don’t think 75 million people voted for Trump — I think it was close to 85 million," Mostofsky told the Post.

"I think certain states that have been red for a long time turned blue and were stolen, like New York.” 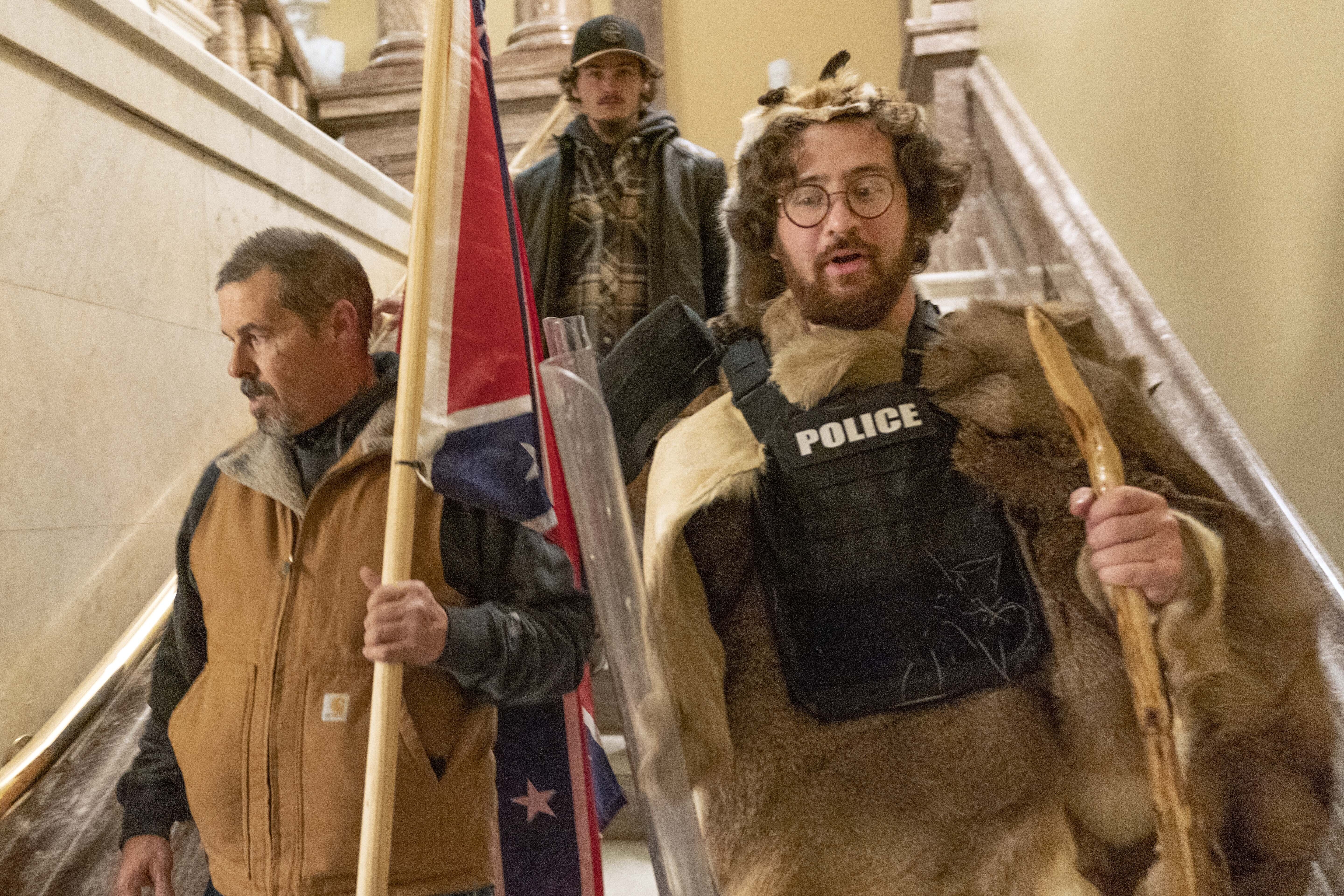 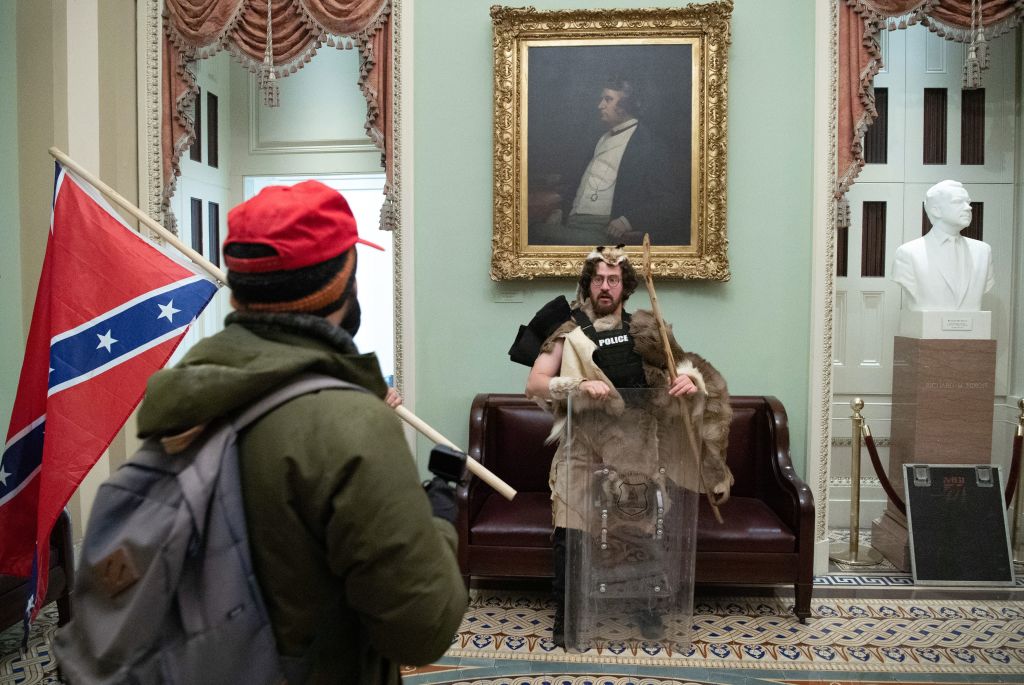 The complaint cites the reporting by the Post, and says that he was photographed carrying a U.S. Capitol Police shield and wearing a police vest, both of which are valued at more than $2000.

He is scheduled to make an appearance in federal court in Brooklyn on Tuesday.

During the riot, Mostofsky was dressed in fur pelts and a bulletproof vest, Mostofsky joined protesters who swarmed the halls of Congress, according to the Gothamist.

He was pictured in widely circulated photographs while walking down the stairs outside the Senate Chamber in the bizarre outfit while also carrying a walking stick.

Mostofsky is the son of Shlomo Mostofsky, a Brooklyn Supreme Court judge according to the outlet.

His brother, Nachman Mostofsky, is vice president of the South Brooklyn Conservative Club, and an elected district leader in the borough.

He also attended the rally, but said he left before the group entered the Capitol building.

He told the outlet: “My brother did nothing illegal…He definitely was not part of the riot.”

Like the vast majority of those who breached the capitol, Mostofsky was permitted to leave without arrest.