“Myles Garrett was involved in a one-car accident this afternoon after leaving the practice facility," the Browns said in a statement. "He suffered non-life threatening injuries, was transported to a local hospital and we are in the process of gathering more information.”

"While we are waiting to learn the extent of his injuries, he has been alert and responsive," the statement reads. "The Garrett family would like to thank the medical personnel that got Myles and his passenger out of the vehicle and safely transported to the hospital."

News 5 Cleveland's Camryn Justice reported that Garrett crashed his Porsche around 3 p.m. ET while driving home from practice. Citing Ohio State Highway Patrol officials, Justice reported that the car went off the right side of a road and flipped several times before stopping. There was a female passenger in the car, according to the report. 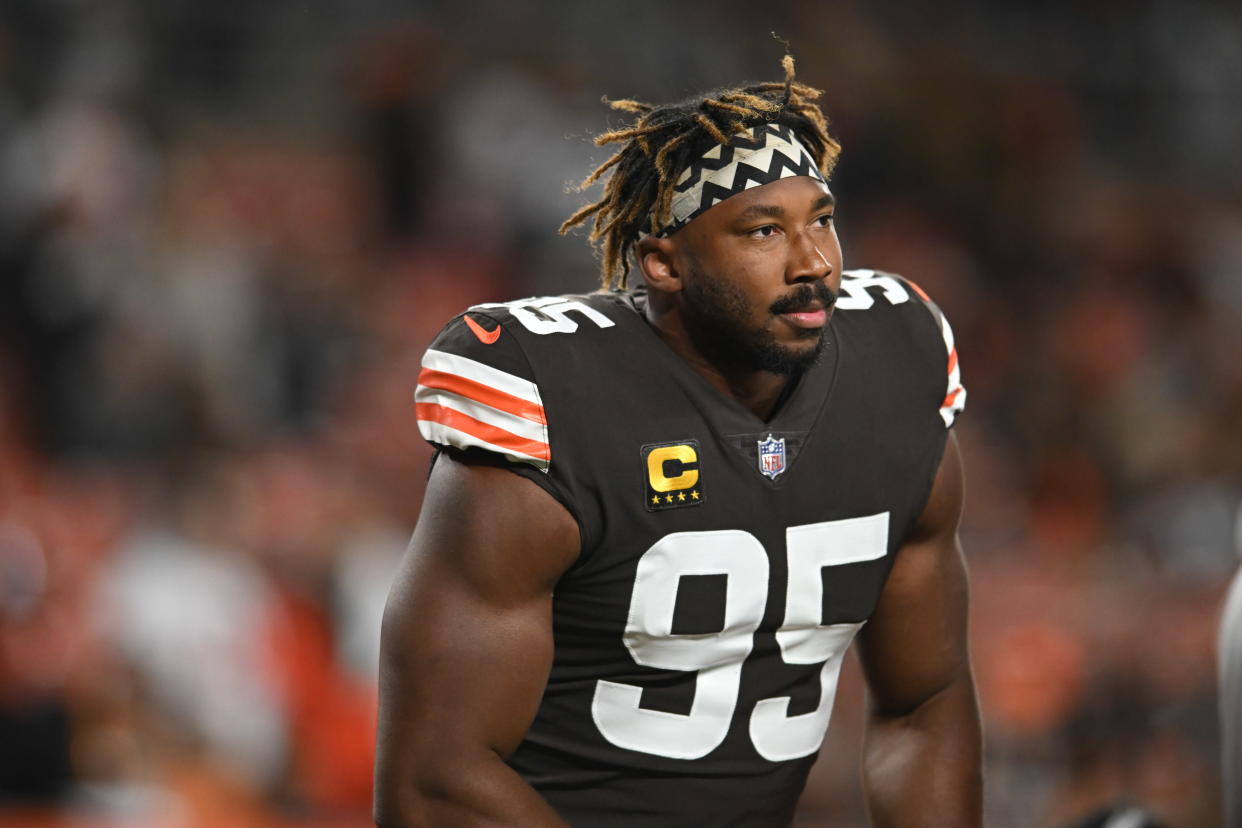 Both Garrett and his passenger were wearing their seatbelts, per the report. They were treated at a local hospital for non-life-threatening injuries. The cause of the crash was initially unclear, but neither drugs nor alcohol played a role, according OSHP. Traffic charges are pending.

There were no further details on the injuries. Garrett's status for Sunday's game against the Atlanta Falcons was initially unclear.

A three-time All-Pro, Garrett anchors Cleveland's defense and has posted double-digit sack tallies in each of the past four seasons. He has three sacks and four tackles for loss this season as the Browns are off to a 2-1 start.