London: Prince Harry says his father and stepmother were prone to jealousy when it came to being outshone by younger members of the royal family, revealing Charles reduced William’s public appearances because he did not want competition for front page coverage.

The youngest son of the King continues to lash out at his family in a round of media interviews promoting his controversial memoir Spare, which goes on sale worldwide at midnight London time (11am AEDT). 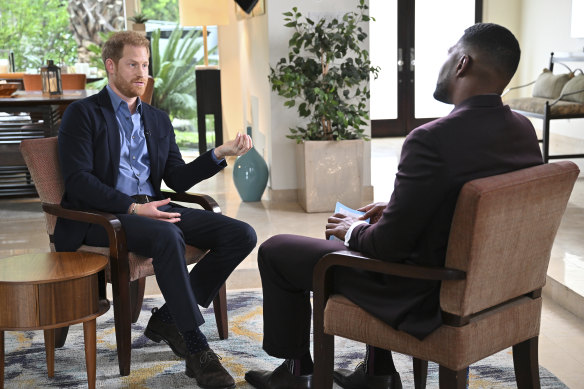 On Sunday night, he accused the Prince and Princess of Wales of “stereotyping” Meghan as a bi-racial divorcee and insisting he had never accused the royal family of racism during his Oprah Winfrey interview.

The 38-year-of Duke of Sussex, who quit royal life in early 2020 and moved to California with his wife, Meghan, has faced criticism for making a slew of intimate revelations in his memoir, Spare. But he insisted the book could not make things any worse because they had already hit rock bottom.

He said in a US television interview on Monday that William, now the Prince of Wales, was “jealous” of his role as the “spare” because he had more freedom.

But he did not rule out a future role working for the monarchy, admitting that he and his wife want to support the Commonwealth and that was “of course on the table”.

Much of his recent criticism had been directed at his stepmother, Queen Consort Camilla, who he suggested was a “villain” who had leaked stories as the royals “got in bed with the devil”. He said that he had not spoken to his stepmother “for a long time”.

Writing in his memoir, Harry said the wider royal family was fiercely competitive over the number of public engagements they could attract coverage for and felt sorry for his brother when the British press had dubbed him “Work-shy Wills”.

“[It] was obscene, grossly unfair, because he was busy having children and raising a family. (Kate was pregnant again.) Also, he was still beholden to Pa, who controlled the purse strings.”

Harry said William “did as much as Pa wanted him to do” which “sometimes that wasn’t much, because Pa and Camilla didn’t want Willy and Kate getting loads of publicity”. 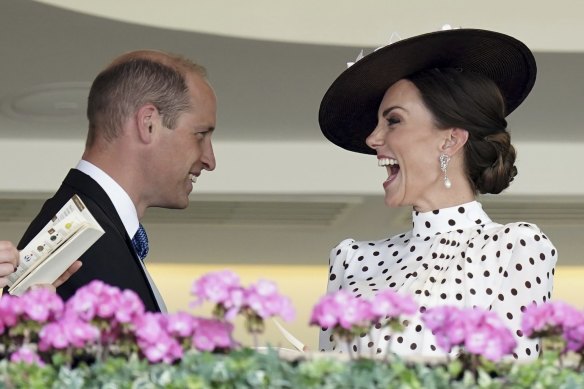 King Charles was jealous of their attention: Prince William and Kate.Credit:AP

“Pa and Camilla didn’t like Willy and Kate drawing attention away from them or their causes. They’d openly scolded Willy about it many times,” he said.

“Case in point: Pa’s press officer berated Willy’s team when Kate was scheduled to visit a tennis club on the same day Pa was doing an engagement.

“Wills told me that both he and Kate felt trapped, and unfairly persecuted, by the press and by Pa and Camilla.” 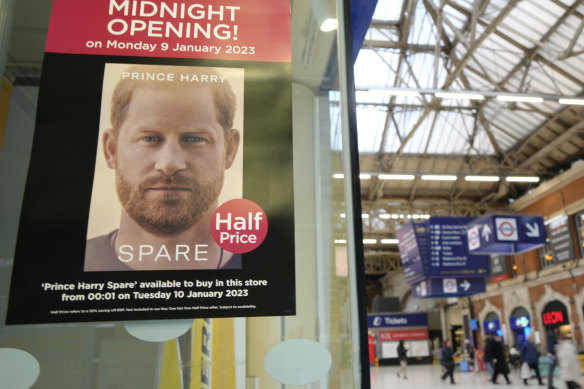 On sale: A poster advertises the midnight opening of a store to sell the new book by Prince Harry called ‘Spare’ in London.Credit:AP

He wrote that the press had also turned on his brother several times after he had denied them “unfettered access to his family”.

“He’d refused several times to trot Kate out like a prized racehorse, and that was considered a bridge too far,” he said.

“Then he’d had the temerity to go out and give a vaguely anti-Brexit speech, which really galled them. Brexit was their bread and butter. How dare he suggest it was bullshit.”

He writes that despite Camilla’s role in the breakdown of his parents’ marriage, they “didn’t blame her” and the brothers “gladly forgive her because she can make Pa happy”.

Harry paints a fascinating portrait of his father, who constantly refers to his son as “my darling boy” but frustrates him by refusing to take on the press over its treatment of Meghan. 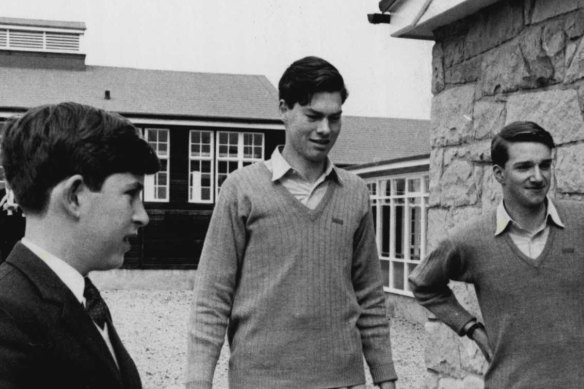 Bullied: Prince Charles, left, at Gordonstoun in Scotland, in 1962.

He also sheds new light on the King’s troubled time at Scottish boarding Gordonstoun, where he had been “persecuted as a boy” after his grandparents decided the then heir to the throne had to be toughened up.

“He was horrendously bullied,” Harry writes. “The most likely victims of Gordonstoun bullies were creative types, sensitive types, bookish types, in other words Pa. His finest qualities he was beaten for by the toughs. I remember him murmuring ‘I nearly didn’t survive.’”

Harry said that during his youth his father would perform daily headstands in his boxer shorts to combat pain in his neck and back from years of playing polo. 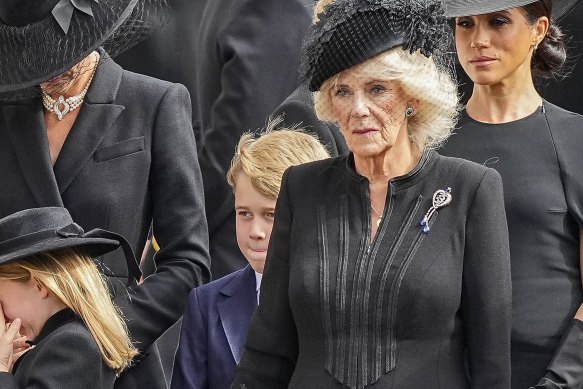 Camilla, the Queen Consort, seen as a “villain” but William and Harry want their father to be happy. Credit:AP

“If you set one little finger on the knob you hear him bark from the other side ‘no, no don’t open, please, don’t come in,’ he writes.

“He’d perform them daily in just a pair of boxers propped against the door, or hanging from a bar like a skilled acrobat.”

Harry said in a US interview on Monday he believed the monarchy should continue but that there was only a place for it in the 21st century if it modernised, claiming the royals had missed a “huge” opportunity to modernise the monarchy through what Meghan represented as a bi-racial woman.

“It’s what she said to me right from the beginning, representation,” he said.

“And I, as a privileged white man, didn’t really understand what she was talking about.”