Nadine Dorries mocks Boris Johnson’s former ethics adviser Lord Geidt as ‘Lord Geddit’ as Culture Secretary claims the public ‘don’t know who he was, or what he did’ and ‘don’t give a fig’ if he’s replaced

Cabinet minister Nadine Dorries has mocked Boris Johnson’s departed ethics adviser as ‘Lord Geddit’ and claimed voters don’t care ‘who he was, or what he did’.

In the wake of Lord Geidt’s bombshell resignation last week, the Culture Secretary admitted she had ‘no idea’ how long there had been an Independent Adviser on Ministers’ Interests.

She also insisted the public ‘don’t give a fig’ whether the peer is replaced, while she suggested the role could now be taken up by more than one person.

Ms Dorries, speaking on LBC Radio with the Prime Minister’s sister Rachel Johnson, claimed that Lord Geidt ‘complained so often about the amount of work that he had to do’.

The former aide to the Queen, who was responsible for advising Mr Johnson on ministerial rules, quit after weeks of speculation about his future following the Partygate scandal.

In a resignation letter, Lord Geidt – who had previously clashed with the PM over his police fine for breaching Covid laws – revealed he had been been being pushed close to the edge by Coronavirus rule-breaking in Downing Street.

But he claimed he had finally been driven to resign after being placed in ‘an impossible and odious position’.

This was when he was asked to consider measures that represented a ‘deliberate and purposeful breach’ of ministerial rules by potentially breaking World Trade Organisation rules over Chinese steel tariffs.

Lord Geidt later clarified that his departure wasn’t about steel.

He said it was instead about being asked to approve deliberate breaches of international law by Mr Johnson given the Government’s ‘widely publicised openness to this’. 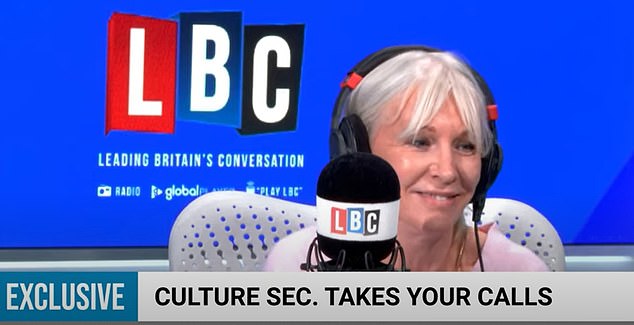 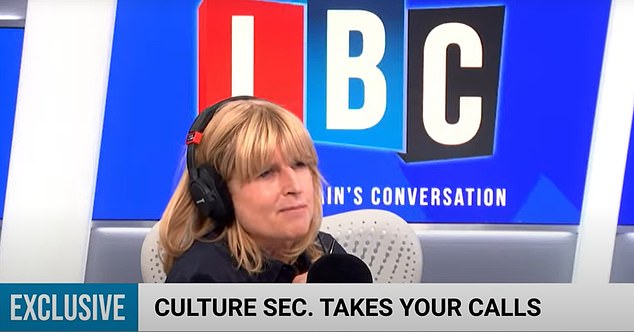 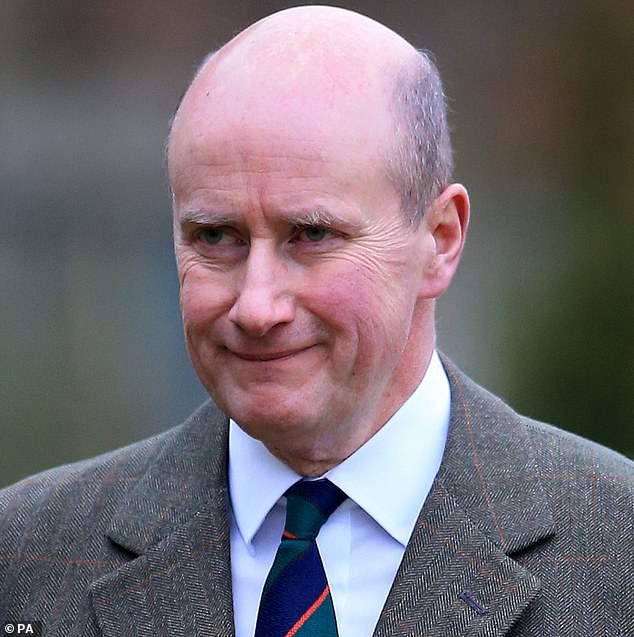 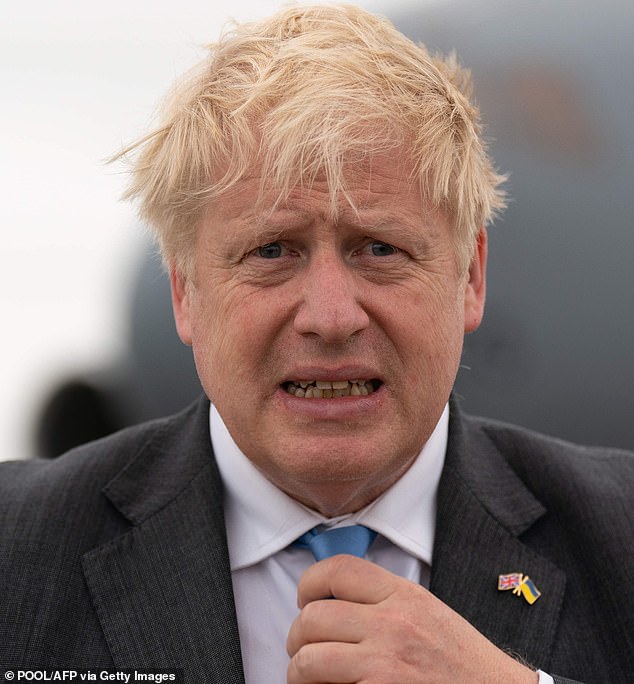 Ms Dorries, who is one of the PM’s most loyal Cabinet ministers, was asked on a radio phone-in show whether Lord Geidt should be replaced or whether the role should be left vacant.

‘I don’t think they give a fig who replaces him or even who he was, or what he did. It’s a bit of a bizarre one, isn’t it? It’s someone who wasn’t elected who has resigned.

‘Everybody thought for 24 hours that he was going to resign over something that would compromise the Prime Minister, was suddenly blindsided by the fact that it was something to do with steel tariffs.

‘I suppose the substance of your question is who should replace him. I don’t know actually and I don’t think it should be one individual.’

Liverpool-born Ms Dorries, who is MP for Mid-Bedfordshire, added:  ‘Lord Geddit, Lord Geidt… most people up North don’t call him Lord Geidt and don’t know who he is.

‘But he complained so often about the amount of work that he had to do that I don’t think one person can probably do the job.’

Ms Johnson, who was hosting the phone-in show, suggested the Government had kept Lord Geidt ‘busy’ and ‘very occupied’.

As well as intervening over Partygate, Lord Geidt had previously investigated the controversy over how the PM funded the refurbishment of he and his wife Carrie Johnson’s flat above 11 Downing Street.

Although Lord Geidt concluded that Mr Johnson had not broken ministerial rules, the Conservative Party was later fined £17,800 for the improper declaration of donations.

Asked by Ms Johnson how long prime ministers had appointed an ethics adviser, Ms Dorries replied: ‘I have no idea.’

The role of Independent Adviser on Ministerial Interestes was created in 2006 by ex-Labour prime minister Tony Blair.