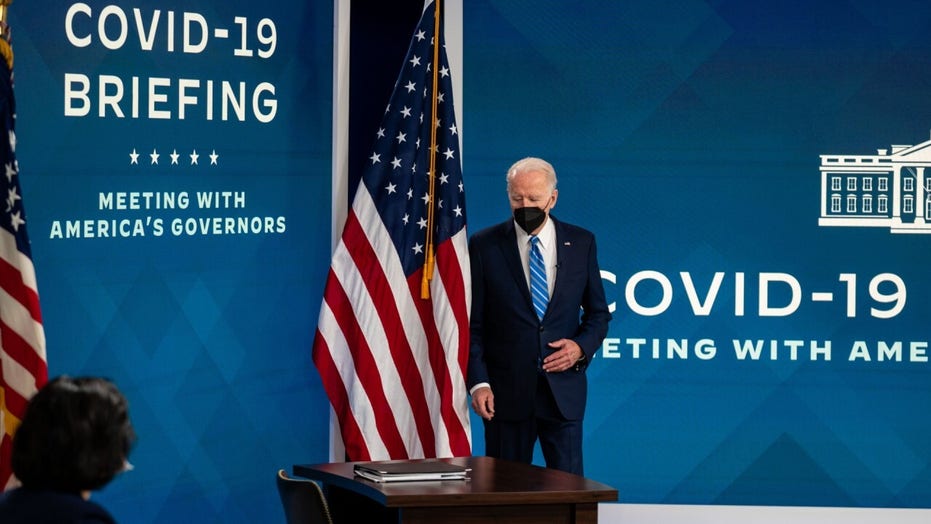 Build Back Better not a consensus type of bill: Laffer

Former Reagan economic adviser Art Laffer explains how Biden should deal with Build Back Better on ‘Your World.’

A recently fired California grocery store worker was arrested in Iowa last week after he was found with a TikTok “hit list” filled with the of names of political and public figures, including President Biden, former presidents Bill Clinton and Barack Obama, Facebook founder Mark Zuckerberg and Dr. Anthony Fauci, in a haphazard plan to “combat evil demons in the White House,” according to court records.

Kuachua Brillion Xiong, 25, was taken into custody on Dec. 21 following a traffic stop in Cass County. A sheriff’s deputy initially stopped Xiong for speeding, driving aggressively and weaving in and out of traffic on Interstate 80.

During a search of the vehicle, sheriff’s Sgt. Tyler Shiels found an AR-15 style rifle, which Xiong admitted to possessing beforehand, loaded magazines, boxes of ammunition, medical kits, body armor, food and cash, according to a six-page criminal complaint filed in the Southern District of Iowa and unsealed Wednesday.

President Joe Biden delivers remarks on the debt ceiling during an event in the State Dining Room of the White House, Monday, Oct. 4 in Washington.
(AP Photo/Evan Vucci)

Xiong, a Merced resident, also had the White House address on a GPS device. Shiels said the vehicle looked very “lived in” and that Xiong noted he had been fired from his job. He said he was traveling to “see things because it is unknown how long he has here on earth” and that a hotel in Washington D.C., would not be necessary.

He also made several statements, including his “disapproval for government due to the sex abuse of children” and that cash was “ear marked” for funeral expenses.

He was taken into custody and then questioned by the U.S. Secret Service. Courts records said he “believes that he is the only person remaining who can free the United States of evil and it is necessary for him to kill those in positions of power.”

“It is at this time XIONG began assembling the equipment needed to carry out his plan to kill those in power,” Special Agent Justin Larson with the Secret Service wrote in the complaint. 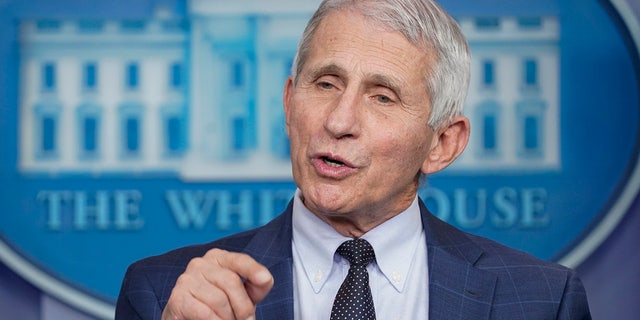 Dr. Anthony Fauci, director of the National Institute of Allergy and Infectious Diseases, speaks during the daily briefing at the White House in Washington on Dec. 1.
(AP Photo/Susan Walsh, File)

The TikTok “hit list” included 100 videos, authorities said. Xiong said he would kill Biden unless he complied with his unspecified demands. His plan to get into the White House consisted of a “weak spot” he identified during research for his alleged attack.

He planned to use a grappling hook to climb over the perimeter fencing to gain access to the building in an effort to kill those on the list, federal prosecutors said.

“When concluding the interview, XIONG stated that nothing would stop him from carrying out his plan of gaining access to the White House and killing the persons on his ‘hit list,’” the complaint aid. “He added that if released from custody he would immediately resume traveling to the White House in Washington, DC and ‘do whatever it takes’ to complete his plan.”

“He further stated that he had no intention of returning to California to see his family because he plans on dying while fighting evil demons at the White House,” the document added. 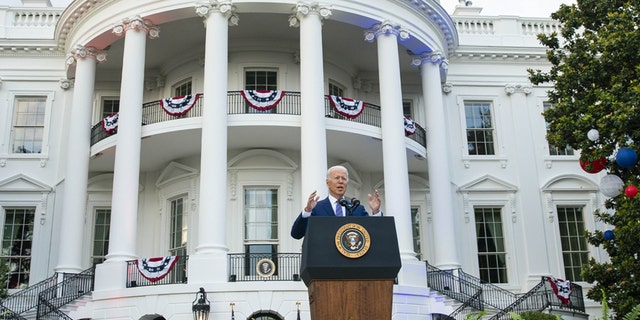 President Biden speaks during a Fourth of July event on the South Lawn of the White House in Washington, D.C.
(Photographer: Sarah Silbiger/Bloomberg via Getty Images)

Xiong is charged with making criminal threats against a former president. He is scheduled to appear in court Thursday.