Celebrity bowhunting couple are fined $133,000 for taking part in Nebraska’s worst ever poaching ring, which saw animals including turkeys and wild deer slaughtered using illegal methods and out of season

A celebrity bowhunting couple who posted videos of their trophy killings on social media have been fined $133,000 for their involvement in Nebraska’s largest ever poaching ring.

Josh Bowmar, 32 and Sarah Bowmar, 33, from Ohio, were sentenced by a federal judge last week for knowingly hunting white-tailed deer and turkeys illegally in Nebraska without permits and using bait.

The couple were accused of going on more than a dozen hunting tours with Nebraska-based Hidden Hills Outfitters between September 10, 2015, and November 6, 2017.

In doing so they were said to have breached the Lacey Act, which prohibits the illegal trafficking of wildlife, fish, or indigenous plants.

The Bowmars were found to have used pickup trucks, SUVs and trailers to unlawfully transport deer and turkey, both whole and in parts, to their home in Ohio, among other places. 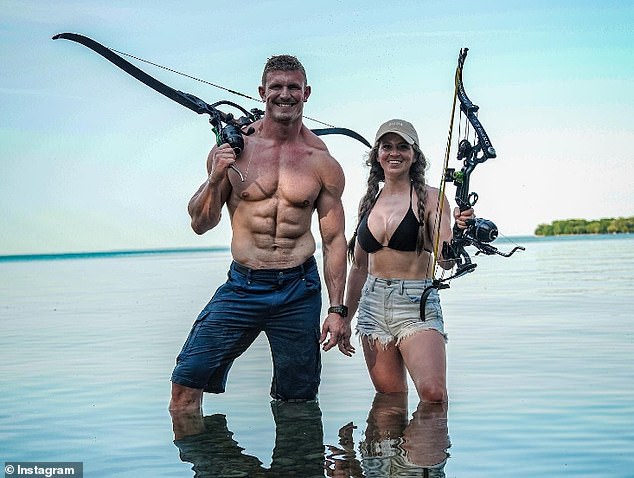 Josh Bowmar, 32 and Sarah Bowmar, 33, have been fined $133,000 for their involvement in Nebraska’s largest ever poaching ring 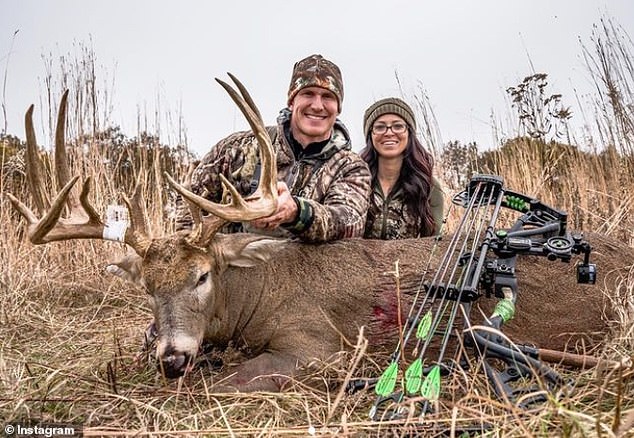 The Bowmars were found to have used pickup trucks, SUVs and trailers to unlawfully transport deer and turkey, both whole and in parts, to their home in Ohio

The sentencing comes after the Bowmars pleaded guilty on October 19 in a district court in Nebraska to a misdemeanor conspiracy charge. In exchange, four other more serious charges involving illegal baiting were dropped.

In addition to having to pay the fines, the couple were sentenced to three years of probation during which they will be prohibited from any form of hunting in Nebraska.

The defendants in the case included the two Bowmars as well as their company Bowmar Bowhunting LLC of Ankeny, Iowa. Each was fined $25,000.

The couple will also pay $13,000 to the Nebraska Game and Parks Commission and $44,000 money judgment in lieu of forfeiting a property. Josh and Sarah Bowmar will also be required to perform 40 hours of community service.

The Bowmars were a small part of the huge Nebraska poaching ring headed by their friend Jacob Hueftle, who was sentenced to 30 months in federal prison in Yankton, South Dakota.

His 60-year-old father was sentenced to probation. During its bust of the illegal ring federal wildlife authorities seized dozens of mounted whitetail deer.

In total authorities convicted 39 people for participating in the ring and more than $750,000 in fines, restitution and forfeitures have been collected. The group was responsible for taking at least 97 big game animals. 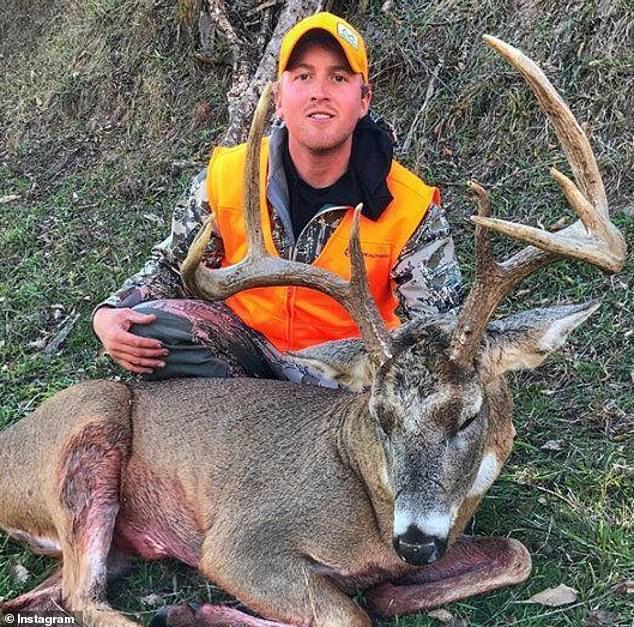 The Bowmars were a small part of the huge Nebraska poaching ring headed by their friend Jacob Hueftle (pictured). He was sentenced to 30 months in federal prison 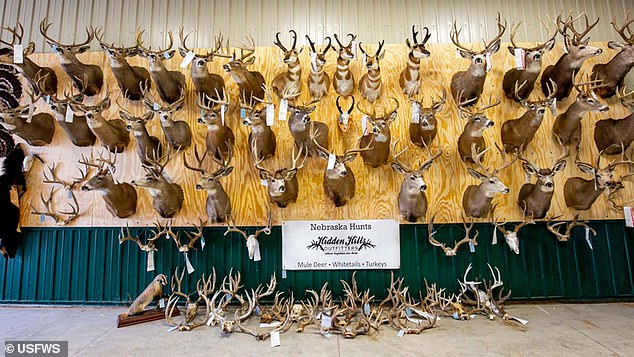 In the original indictment, which dates back to 2020, it was said the Bowmars were involved with ‘primarily video-recorded archery hunts for white-tailed deer, mule deer, wild turkey, and other wildlife species in multiple states and countries.’

They and more than 30 coconspirators were accused of using ‘numerous HHO bait sites in order to locate and identify potential target deer, maximize their hunting effectiveness and success rate , or to attempt to kill a specific trophy deer.’

‘Defendants regularly video-recorded and photographed the hunts for the purpose of creating, producing, and distributing the content to the public through their online BBH business platforms including an internet website, Instagram page, and YouTube channel.’

One video posted to the channel on January 5, 2017, shows Josh Bowmar shooting a whitetail deer. During the video he explains how the deer’s antlers fell off after he fired at it with an arrow.

The indictment makes references to that video, filmed during a Hidden Hills hunt, and said that ‘Josh Bowmar hunted for a particular trophy-sized white-tailed deer with double corkscrew drop tine antlers within a heavily baited area.’ 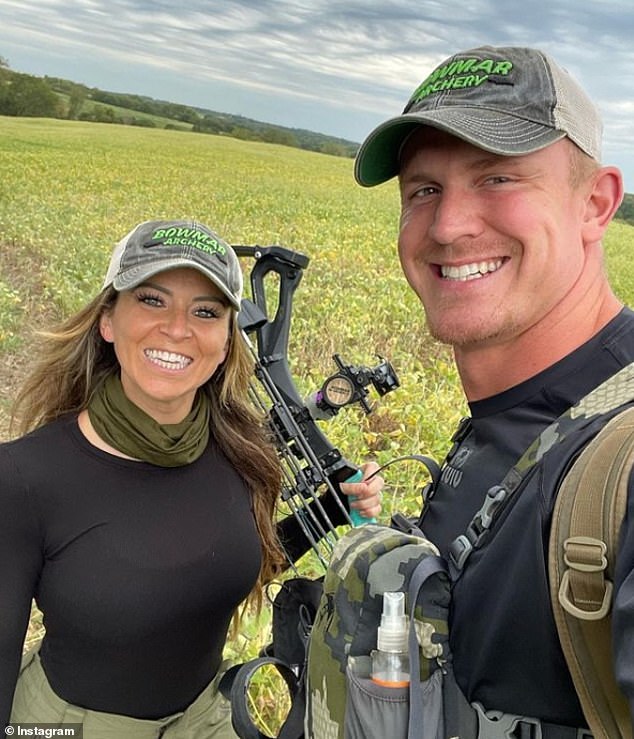 The couple are known to use the courts aggressively themselves, and in 2019 sued the US Fish and Hunting Service.

The couple claimed that during its investigation of their involvement in the Nebraska poaching ring the the agency hacked into their stealth cameras app without a warrant.

They also claimed that agents at the department had been secretly watching Sarah Bowmar for months as she hunted in the woodlands, and breached her privacy by watching her urinate in the bushes.

In 2020 a judge dismissed their case.