Chrissy Teigen shared a look at her baby on the way — with a bonus punchline.

The star, who recently announced she is pregnantnearly two years after the loss of her baby boy, took to her Instagram Story on Monday with a sonogram of what appears to be a recent ultrasound. In the image, the growing baby has their hand by their neck, which looks as if the baby is stunned. “Me hearing the FBI raided mar a lago,” Teigen captioned the photo, a reference to the actual news that the F.B.I. had searched Donald Trump’s Mar-a-Lago property in Florida.

Less than a week ago, Teigen broke the news of her pregnancy on Instagram with a snap of her growing baby bump in Gucci underwear. “The last few years have been a blur of emotions to say the least, but joy has filled our home and hearts again. 1 billion shots later (in the leg lately, as u can see!) we have another on the way,” she wrote. “Every appointment I’ve said to myself, ‘ok if it’s healthy today I’ll announce’ but then I breathe a sigh of relief to hear a heartbeat and decide I’m just too nervous still. I don’t think I’ll ever walk out of an appointment with more excitement than nerves but so far, everything is perfect and beautiful and I’m feeling hopeful and amazing. Ok phew it’s been very hard keeping this in for so long!” 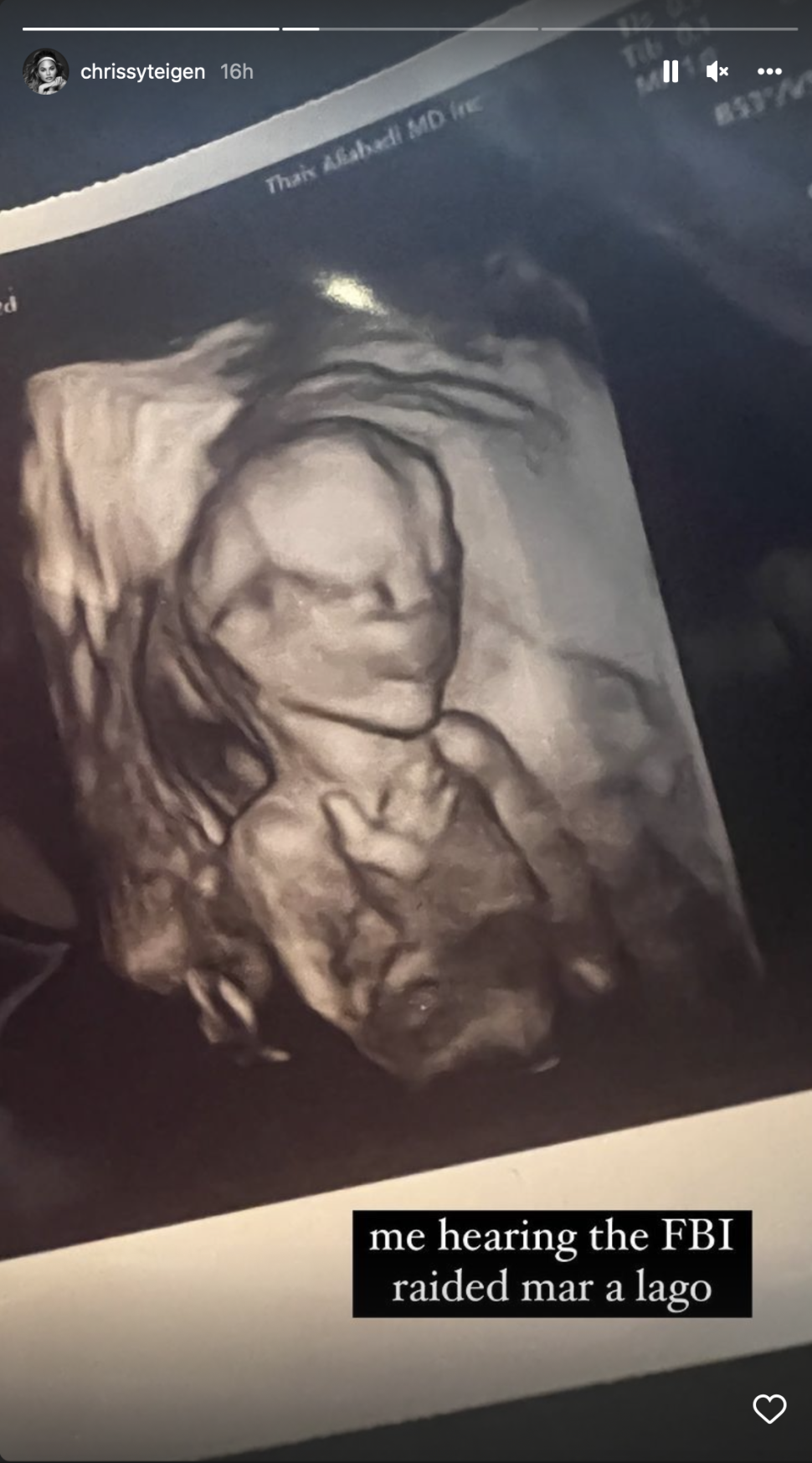 She and husband John Legend previously welcomed daughter Luna, 6, and son Miles, 4. Reflecting on the stillbirth of their 20-week-old son, Jack, Legend said in a recent interview that the loss is always felt.

“It’s hard to try and comfort anyone that’s going through it, because there’s no real comfort and you’re always going to feel that loss,” he said in an interview on BBC Sounds’ Desert Island Discs. “It kind of spreads over time, so it doesn’t feel as heavy over time, but you’ll never forget it.”