Closing schools due to the risk of Covid transmission risks another Arthur Labinjo-Hughes tragedy, Ofsted’s chief inspector has warned, after the six-year-old boy was killed by his stepmother and father during lockdown.

Amanda Spielman, Ofsted chief since 2017, said some children could be left in greater danger if any closures go ahead, with a minority of pupils ‘sadly safer in school than out of it’.

Arthur suffered a total of 130 injuries all over his body, including ‘unsurvivable’ brain damage, at the hands of stepmother Emma Tustin and father Thomas Hughes in Solihull last year.

Tustin was jailed for life with a minimum term of 29 years for the murder at Coventry Crown Court on Friday, while Hughes was sentenced to 21 years’ imprisonment for manslaughter for encouraging the killing,

Speaking at the launch of Ofsted’s annual report, Ms Spielman described Arthur’s case as a ‘tragedy’ and ‘callous’ murder.

She also raised concerns that potential school closures brought due to the transmission of the omicron Covid variant could result in other cases similar to Arthur’s going under the radar. 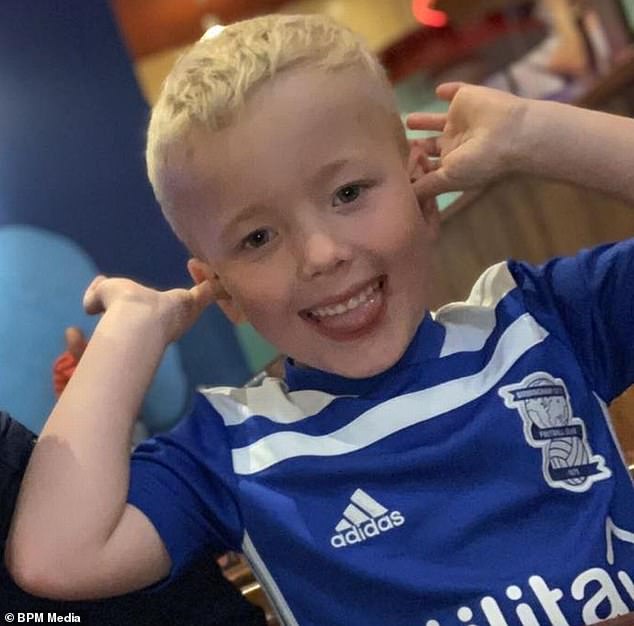 Arthur suffered ‘unsurvivable’ brain damage and a total of 130 injuries after being tortured, poisoned with salt, and eventually beaten to death 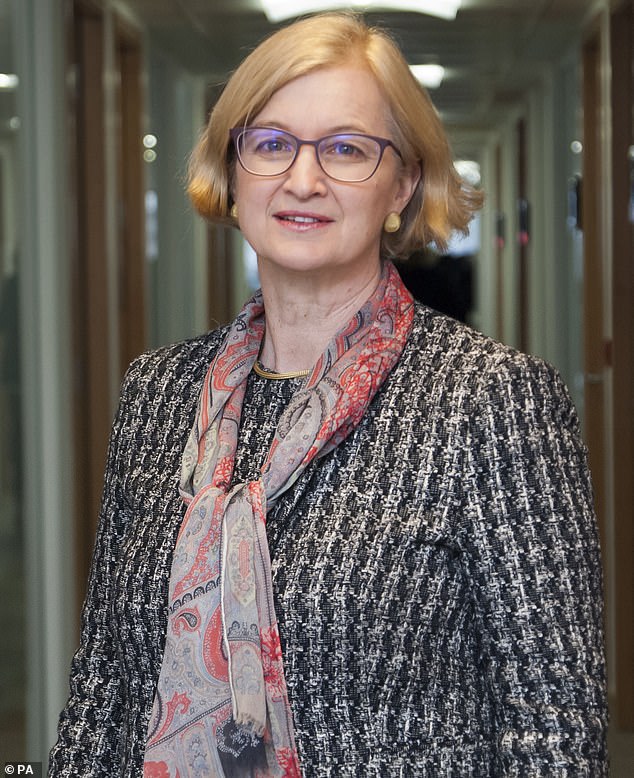 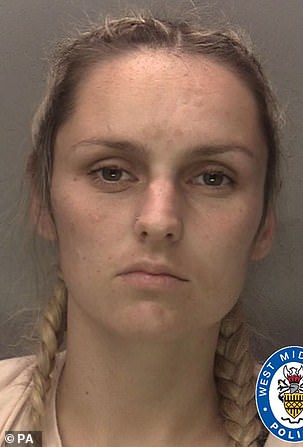 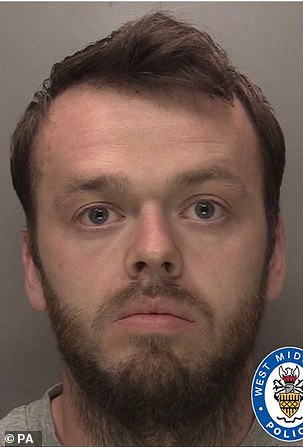 Emma Tustin, 32, (left) murdered Arthur by repeatedly slamming his head on a hard surface after she and Hughes starved the youngster and poisoned him with salt

The Ofsted chief said: ‘Schools closing clearly has some significant risks for children around the reduction in quality of education for a large proportion.

‘But we know that there is a minority of children who, sadly, are safer in school than out of it. And we have to recognise that, by closing schools, we make that minority less safe.’

Ofsted has been asked to lead a joint targeted area inspectorate probing all services involved with child protection in Solihull, with work due to begin next week.

Addressing Arthur’s case, she added: ‘What a tragedy this callous murder was and of course we’ve been thinking a lot about this and thinking about the people who loved him and have lost him.’

During a press briefing, she continued: ‘Despite the best efforts and commitment of so many thousands of parents, teachers, social workers, carers, all the other staff who work in the sectors, the challenges of the pandemic have been so great that nearly all children fell behind in their education.

‘Some had a worse experience than others and of course that worse experience for some extends to things outside education, to things in their personal circumstances, as in the very tragic case that we’ve all spent so much of the weekend reading about.’

Ms Spielman also highlighted concerns about cases in which some social workers had to conduct visits to vulnerable children via video call, rather than an in person visit, during lockdown restrictions.

‘And we talked about this throughout last year and, in addition, about things like the loss of the teacher line of sight because so often recognising abuse and neglect takes a number of observations from a number of directions to coalesce into action for the child. 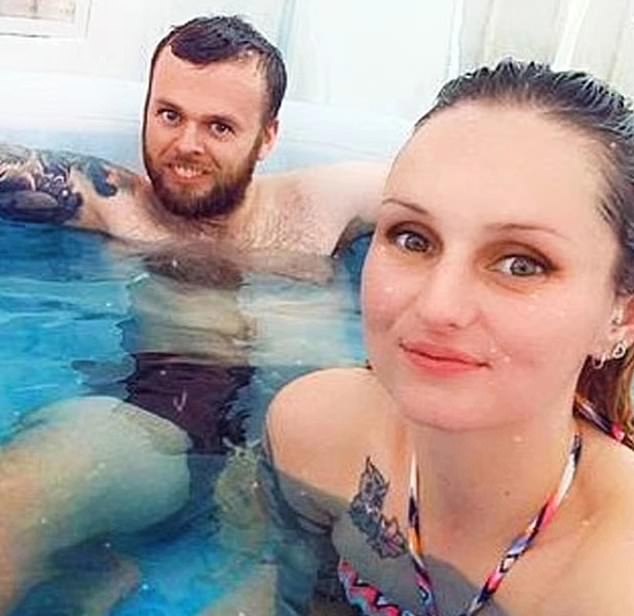 Hughes (left) pictured smiling alongside Arthur’s stepmother Emma Tustin (right), who was jailed for life with a minimum of term of 29 years for murdering the six-year-old 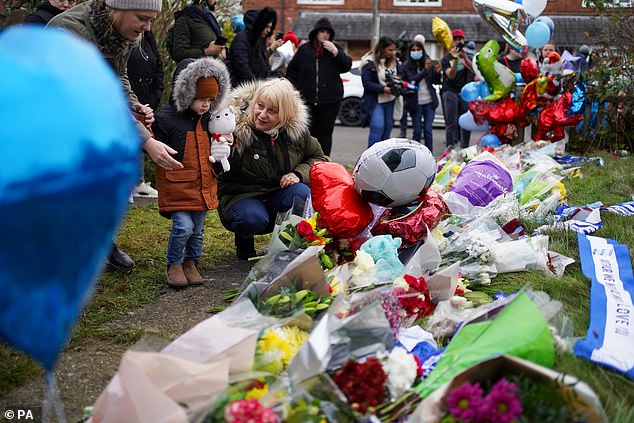 ‘So that’s why I stressed in my opening message the importance of education and care operating fully and in person.’

Geoff Barton, general secretary of the Association of School and College Leaders (ASCL), agreed there is ‘clearly a risk’ of schools being less able to safeguard vulnerable pupils.

He said: ‘Schools play a very important role in the safeguarding of children by identifying and reporting signs of abuse.

‘In any period of closure there is clearly a risk that they are less able to do this and that cases may go undetected.

‘During the pandemic lockdowns, when schools were closed to most pupils, they did maintain on-site provision for vulnerable children and they worked very hard to reach out to these families and encourage attendance.

‘But this was obviously a difficult, sensitive and complex process. The vital part that schools play in safeguarding is one of the reasons that it is very important for them to remain open and for children to be in the classroom.’

Education Secretary Nadhim Zahawi launched a review of how officials dealt with Arthur’s case on Thursday, saying ‘no government can legislate for evil’ but ministers would ‘take action to stop it whenever we can’. 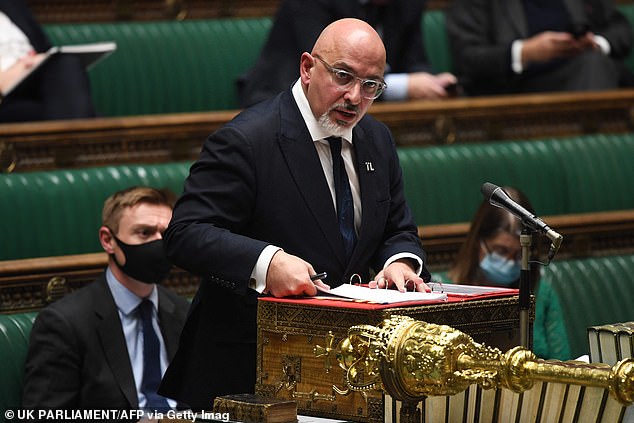 Britain’s Education Secretary Nadhim Zahawi, pictured as he makes a statement on child safeguarding and the death of Arthur in the House of Commons 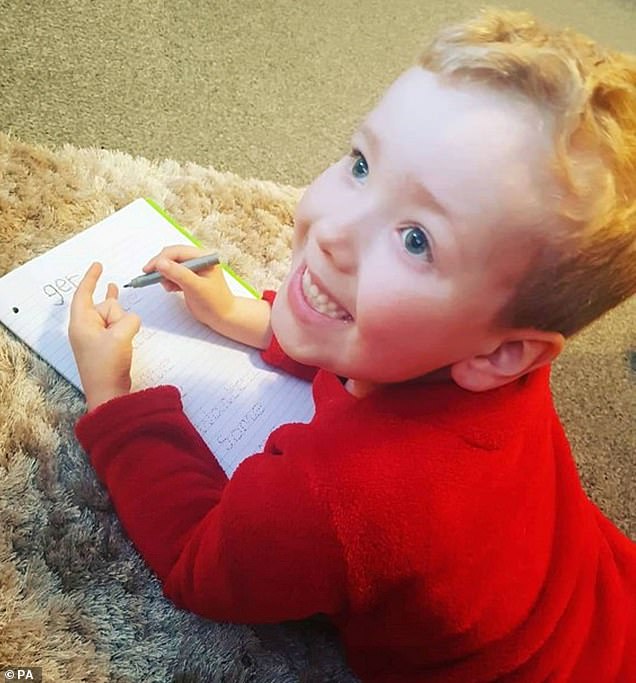 He said the review by the National Child Safeguarding Practice Review Panel will scrutinise the world of Solihull Children’s Safeguarding Partnerships, while police and probation inspectors would carry out their own linked inspections.

The action came after it emerged in court Arthur had been seen by social workers just two months before his death, but they concluded there were ‘no safeguarding concerns’.

The minister said the review would look at how social workers could ‘work directly with families’ rather than staying ‘behind a desk’.

On Saturday, the Attorney General’s Office (AGO) confirmed Tustin and Hughes’ sentences are to be reviewed.

The AGO has 28 days from the date of sentence to review a case, assess whether it falls under the Unduly Lenient Sentence (ULS) scheme, and make a decision as to whether to refer a sentence to the Court of Appeal.

The Court of Appeal then makes a ruling on cases which have been referred.

A spokesperson for the AGO said: ‘The Attorney General’s thoughts are with those who loved Arthur.

‘I can confirm that the sentences given to Emma Tustin and Thomas Hughes have been referred to the Attorney General for review to determine whether they were too low.’