CLUBBERS have been warned about a deadly batch of super-strong ecstasy pills called “Blue Teslas”.

They are thought to contain a lethal mix of MDMA and cocaine, and have been found in venues across Bristol and London. 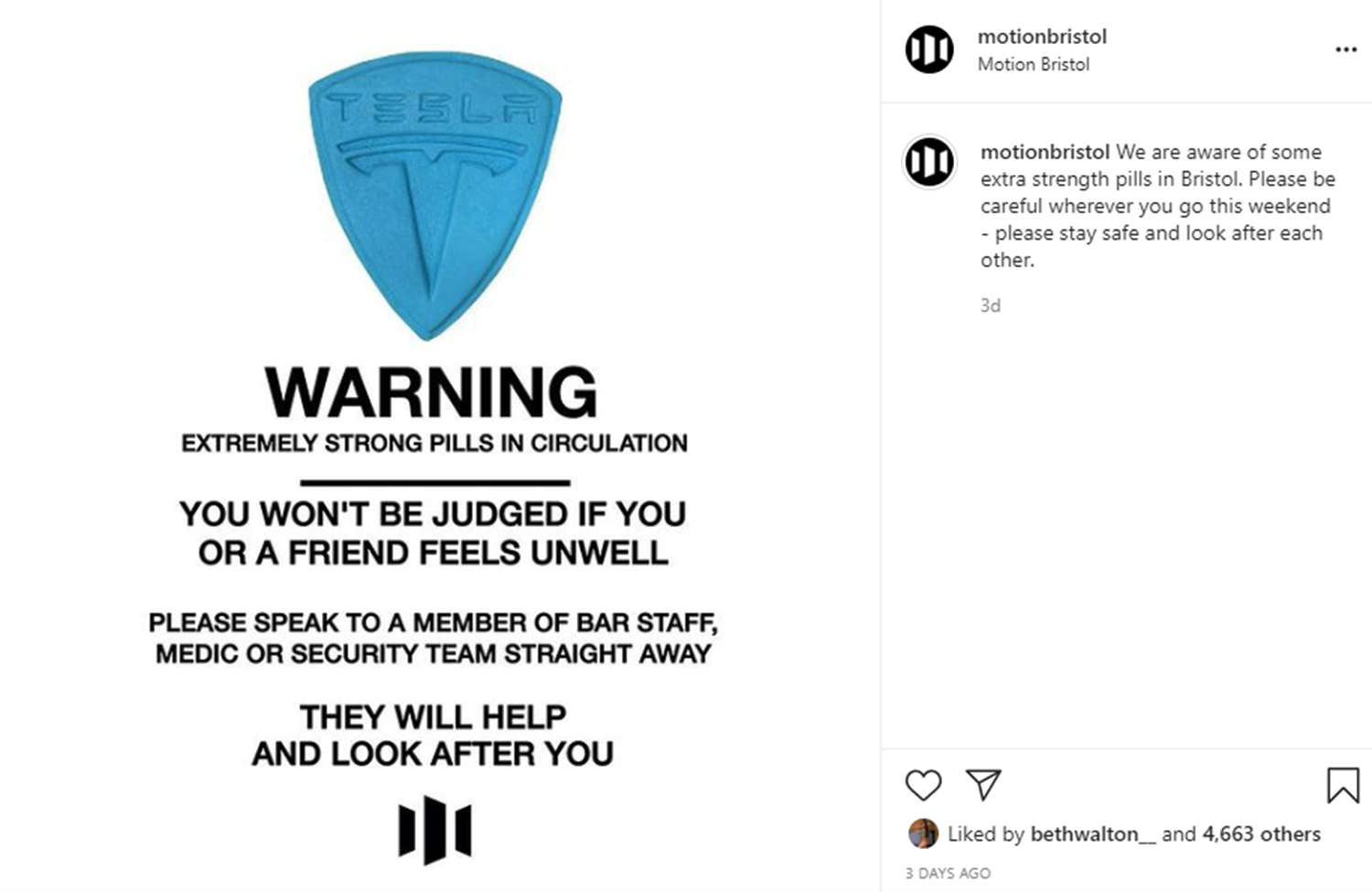 The warning comes after a 21-year-old died on Saturday and two other men were hospitalised having taken drugs at a club in Tottenham, North London — though it was not known if they had the new deadly pills.

Dozens are said to have had medical attention.

Bosses at Motion nightclub in Bristol posted on Instagram a picture of the tablet — in the shape of the US electric car Tesla’s badge.

“You won’t be judged if you or a friend feels unwell. Speak to a member of staff straight away. They will help you.”

Christina Gray, Bristol’s director of public health, is “increasingly concerned at reports of a potentially lethal batch of drugs”.

Schoolboy Luke Pennington, 14, died after taking less than one ecstasy tablet in Stockport, Gtr Manchester in 2018 — with the local coroner ruling his death was drug-related.