Coal is making a comeback – and so is Nathan Tinkler

With coal prices camped out in record territory, what better time for former billionaire Nathan Tinkler to be discharged from bankruptcy and freed from the corporate ban that prevented him from managing companies.

On Monday, Tinkler made a dramatic re-entry to the corporate scene with a takeover bid for ASX-listed mining minnow, Australian Pacific Coal. His bid gazumped a planned shareholder meeting that morning which would have handed its coal asset, the Dartbrook coal mine, to the prince of pearls, Nick Paspaley.

APC had previously agreed to sell its coal assets to the billionaire head of the family-owned pearling outfit the Paspaley Group, in return for the extinguishment of $30 million of debt APC owes Paspaley and his business associates. 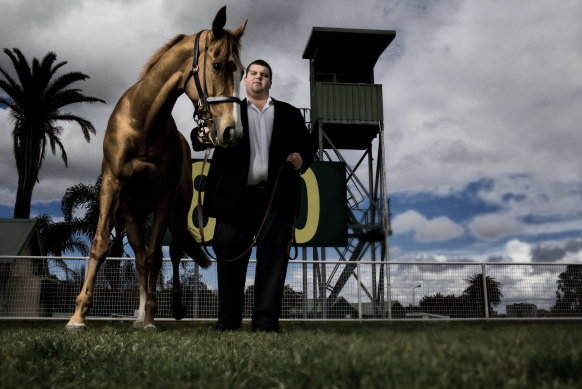 Paspaley and his pals are also major shareholders and don’t look like they are happy with Tinkler’s deal to acquire a 20 per cent stake in APC – to help refinance the company – and become executive chairman before the proposed takeover.

The deal is predicated on a number of conditions, including Paspaley and associates including Trepang Services extending the cut-off date for their deal beyond the current Tuesday deadline. 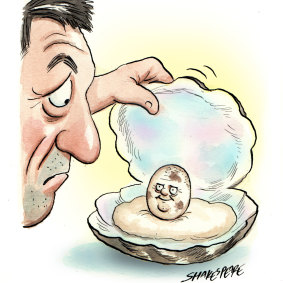 Nathan Tinkler gets back into coal.Credit:John Shakespeare

“Trepang Services Pty Ltd has advised APC that it will not agree to an extension of the Cut Off Date in respect of the Trepang transaction,” APC said on Monday.

The APC deal represents unfinished business for Tinkler, who was forced to stand down as the company’s chief executive in 2016 after being declared bankrupt. His bankruptcy was annulled in 2019 and his corporate ban ended last year.

Back in 2016, Paspaley and Trepang Services had partnered with Tinkler to acquire the Dartbrook coal mine and they stayed the course following the former billionaire’s departure.

One thing’s for sure, Nick Paspaley is certainly taking a different environmental line to his pearling business.

“Paspaley is dedicated to environmental responsibility and sustainability. These have become fashionable concepts in recent years but they have been critical to good pearl producers for decades,” its website says.

Celebrity accountant Brett Kelly – half owner and founder of ASX-listed bean counters Kelly Partners – much prefers to be known as the Warren Buffett of accounting.

And he is obviously keen to demonstrate his investing chops this Saturday –before a select audience of 200 at Sydney’s Pier One – with that well-known giant of the investing world, Shaquille O’Neal.

According to Kelly’s peeps, the NBA legend will be regaling the audience with tales of his career and finances – NOT sport.

The good news is Shaq’s investment advice will extend beyond “be a 7 foot one-inch basketball freak with Hall of Fame-level earnings”, and a lucrative sideline spruiking for Aussie betting shop PointsBet.

For one, he was an investor in Google and (last year at least) was not a fan of cryptocurrencies. 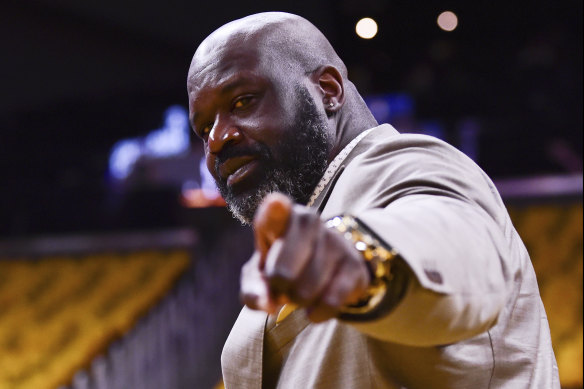 NBA hall-of-famer and pop-cultural giant Shaquille O’Neil is set to take over Sydney’s very own Marquee club this weekend.Credit:Getty

O’Neal said in 2021 he’s often approached by crypto companies for potential partnerships and promotional work: “I always get these companies that say, ‘Hey, we’ll give you $US900,000 in crypto to send out a tweet.’ So I have to say, ‘OK, if you’re going to give me a million dollars worth of crypto, then why do you need me?’”

CBD wonders if he had a similar response for embattled Aussie fitness group F45 when it was hosing out cash to every Hollywood celebrity within firing range.

The Sydney audience will get to find out if Shaq has held the line on his crypto stance or if he got sucked in to the Bitcoin frenzy before the market meltdown this year.

Dominic Perrottet is obviously not too hung up on State of Origin. He has headed north for a poaching raid and signed on his trusty former media advisor – and former ABC reporter – Emma Renwick, to help deal with his rather drama-filled job.

Renwick worked for him as treasurer but relocated to Brisbane where she worked for the Greens and most recently Queensland Labor. Maybe she can introduce more of a teal-tint to Perrottet’s office.

Renwick is expected to have the title of senior strategy and communications officer.

The dust has hardly settled after this year’s election campaign, but Allegra Spender is already back on the hustings.

CBD spies have spotted the new member for Wentworth with a sandwich board and a couple of volunteers pressing the flesh among the puffer jackets and poodles at the entrance to Paddington markets on a sunny Saturday this month. She’d been down the road at Bondi markets earlier that morning.

So, why is the triumphant teal back on the streets meeting voters when a federal poll isn’t due until 2025?

“I want politics to be a two-way conversation and I think that’s what the community wants as well,” Spender says. “For me, this is about staying in touch.“

Some campaign-weary locals were surprised to see her. 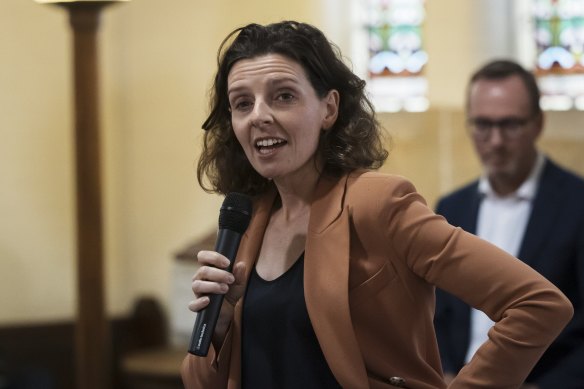 Wentworth MP Allegra Spender is still out pressing the flesh with her constituents post-election. Credit:Brook Mitchell

“A few people did ask ‘is there an election on’,” she said.

But Spender insists the message at this early stage of the election cycle is “come and talk to me rather than come and vote for me”.

Spender and her volunteers plan to hit the streets after each federal sitting period. “I think that gives you a really good counter to parliament – which is its own world – you come back to the real world and see what is actually important to people,” she said.

Spender snatched Wentworth from Liberal Dave Sharma with a handy 4.2 per cent buffer.