Indianapolis Colts quarterback Nick Foles left Sunday's game against the New York Giants after a tackle left him convulsing on the field.

The injury took place late in the second quarter. Giants defensive end Kayvon Thibodeaux rushed Foles untouched and sacked him on his blindside. The tackle drove Foles' upper body into the turf. Foles then convulsed on the field as Thibodeaux celebrated the sack.

@NickFoles looks to be in a lot of pain @Coltspic.twitter.com/o5xR61xw6o

Athletic trainers tended to Foles as he remained on his back. He eventually walked to the sideline on his own before a cart drove him off the field. The Colts announced at halftime that Foles was ruled out with a rib injury.

Nick Foles hurt going back to the locker room on a cart#Colts 3 #Giants 21 2ɴᴅ pic.twitter.com/Pq7Crm517i

The sack was the Colts' final offensive play of the half. They punted to the Giants, who carried a 24-3 lead into halftime. Sam Ehlinger took over at quarterback in the third quarter as the Giants went on to a 38-10 win.

Head coach Jeff Saturday told reporters after the game that Foles was in a "ton of pain," but the Colts didn't offer a prognosis after their initial designation of a rib injury. 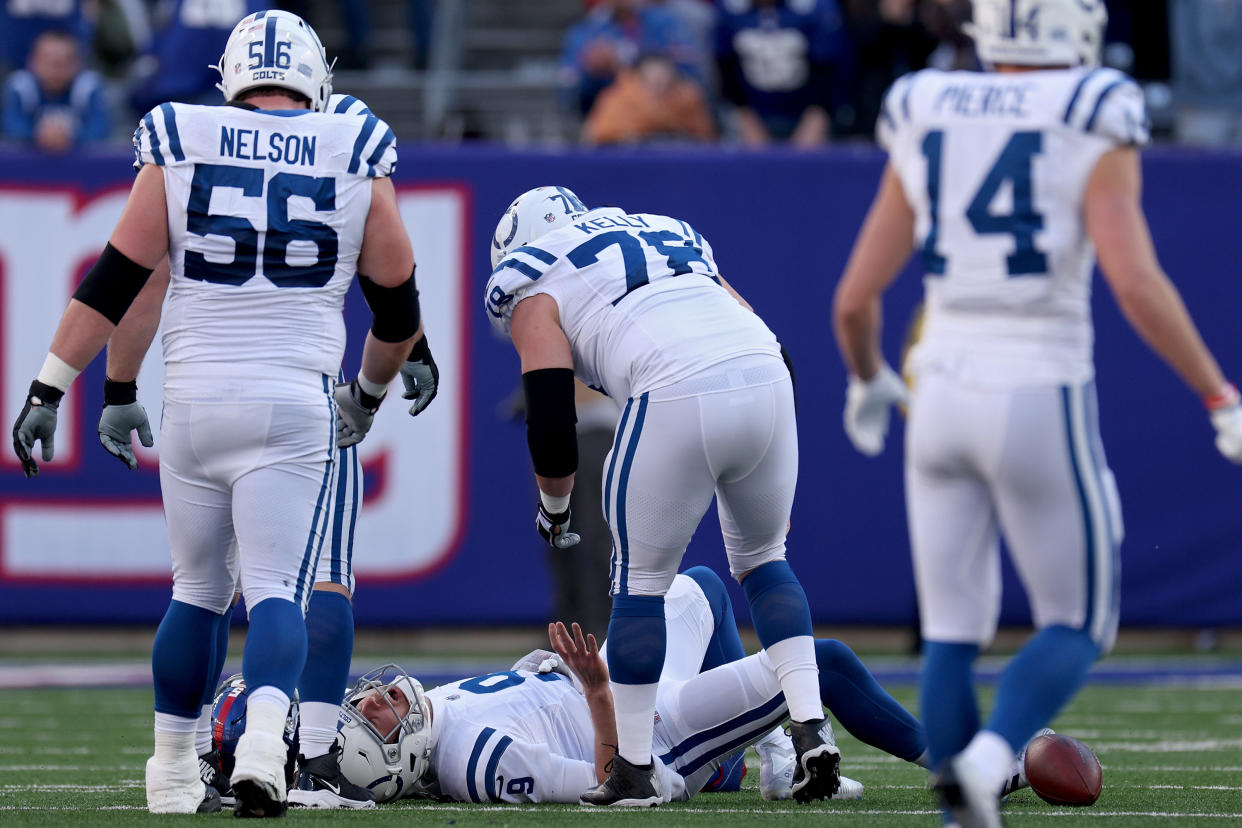 Foles took over as the Colts' starting quarterback in Week 16 after Indianapolis benched Matt Ryan for the second time this season. Ehlinger entered Sunday having completed 32 of 52 pass attempts for 304 yards with an interception and no touchdowns in two previous appearances this season. He completed 9 of 14 passes for 60 yards and a touchdown in the second half on Sunday.