Cops seen tasing teen, 19, for VAPING on boardwalk in viral video before brutally kneeing another teen during arrest

A VIRAL video shows police tase a 19-year-old with his hands up – all for apparently vaping on the Ocean City boardwalk.

In the shocking video, Maryland teen Brian Everett Anderson can be seen surrounded by five cops with his hands up on Saturday. 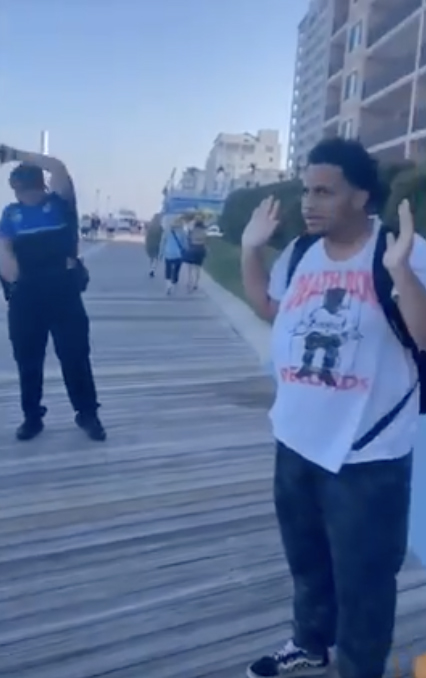 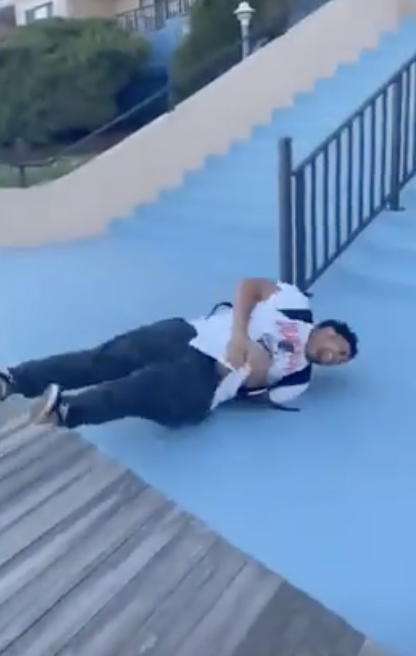 The video, which has now racked up over 1.5million views, shows Anderson reaching up to unhook his backpack on an order from the officers, but before he can comply, one cop aims a Taser at him and he falls to the ground.

Bystanders immediately begin to yell at the officers with one woman screaming, "Stop! He was standing there!

"Y'all did that for no reason," she later told the cops.

"What is wrong with you?" a man can also be heard asking the police. 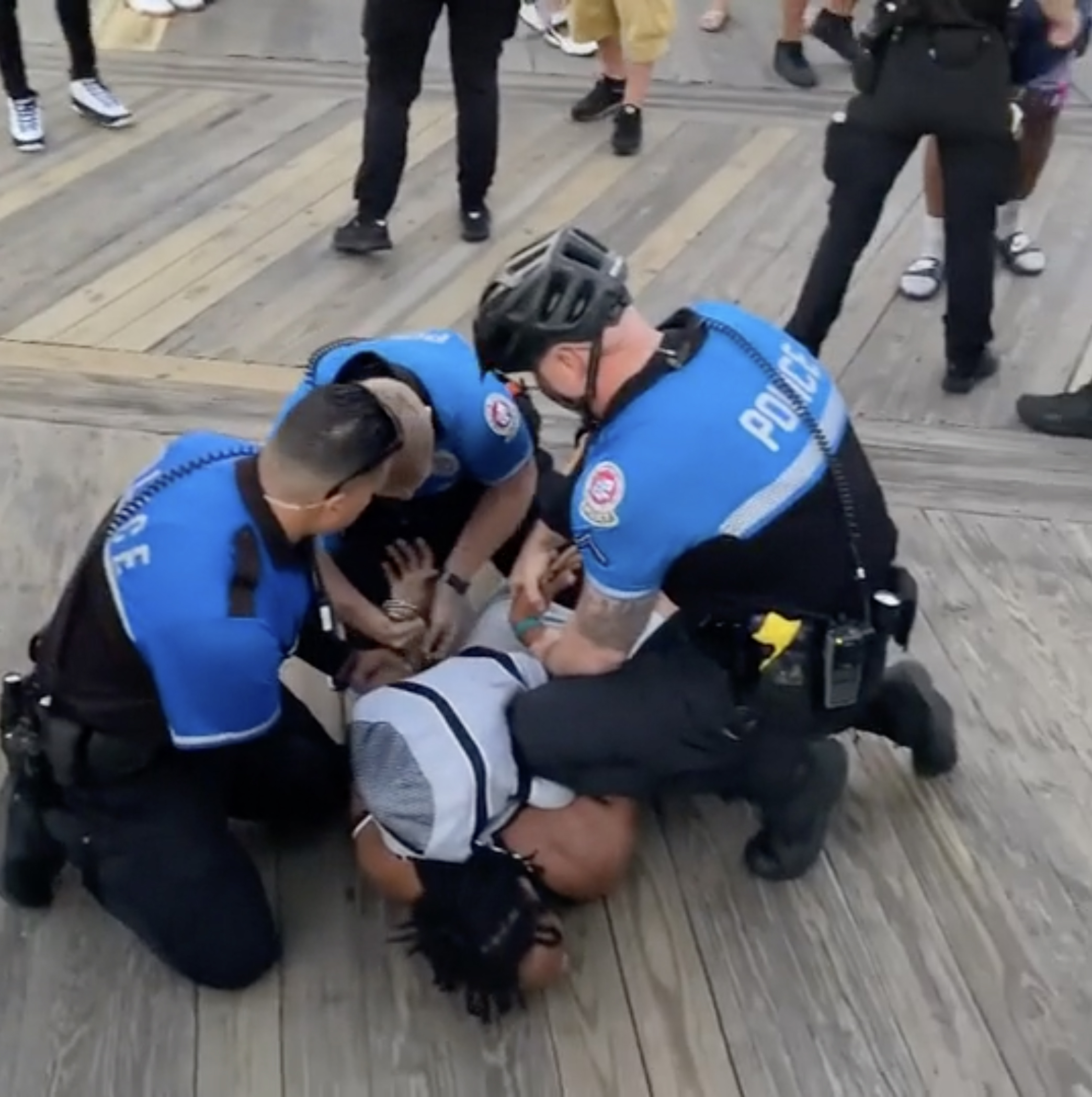 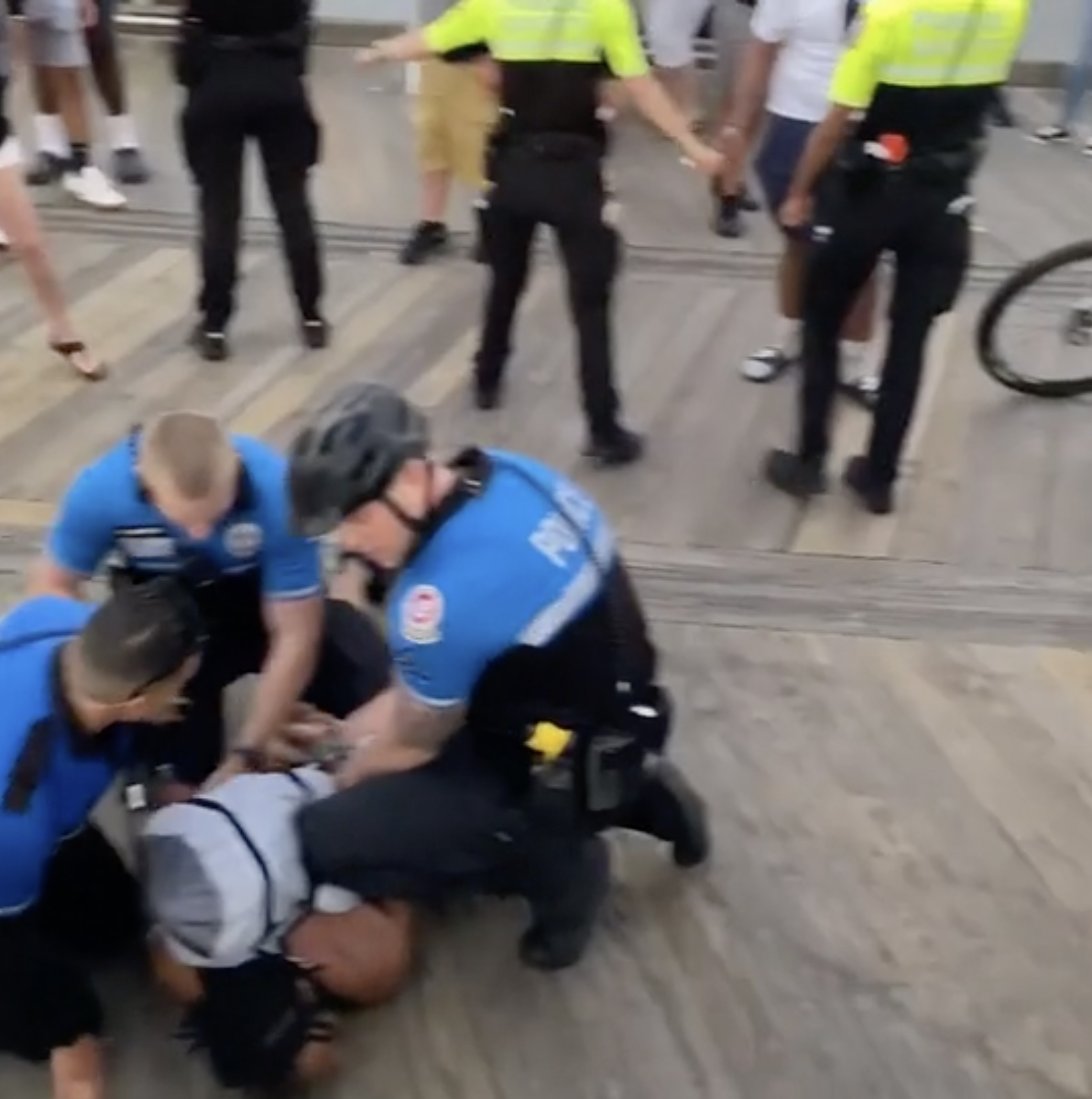 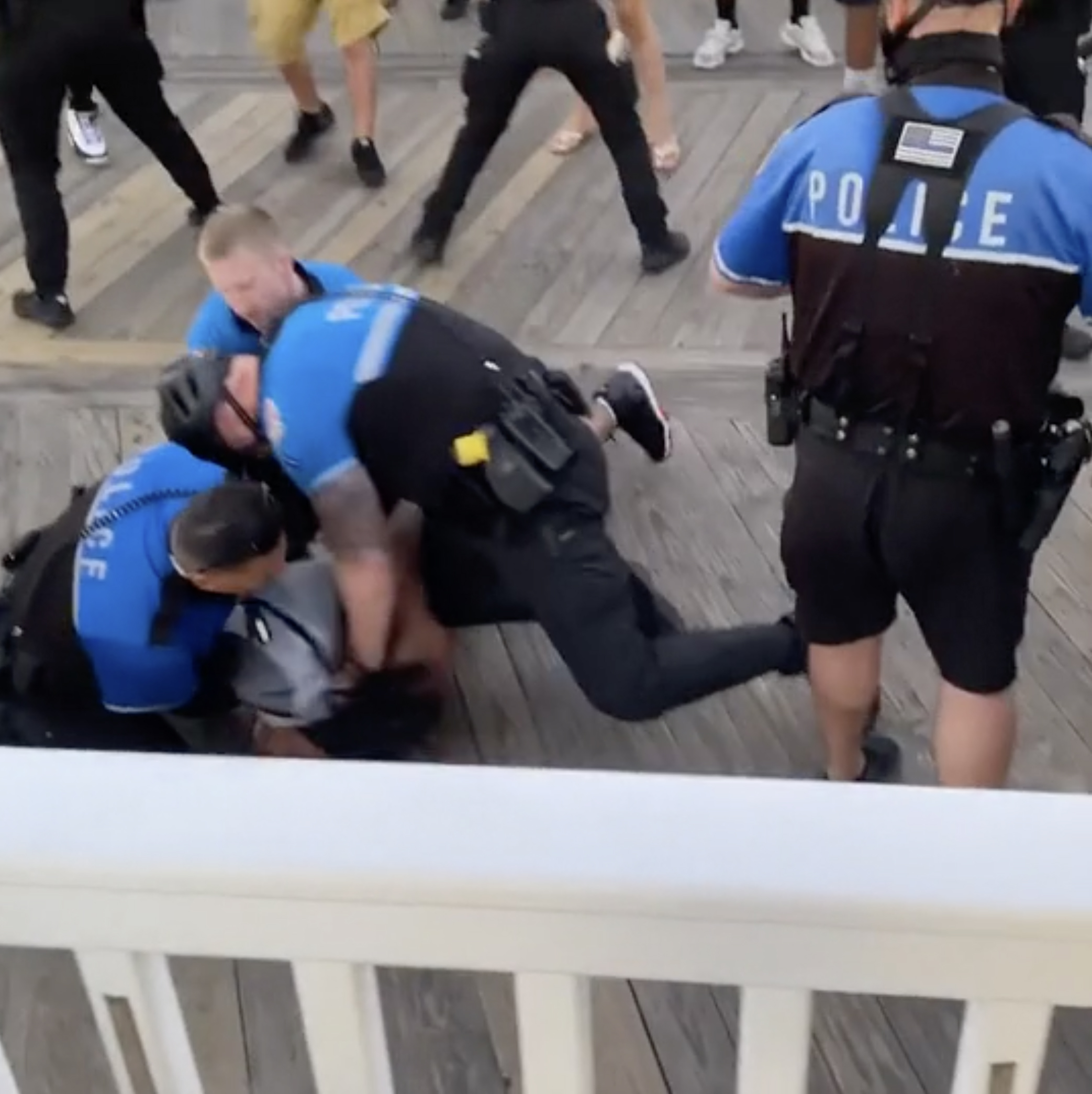 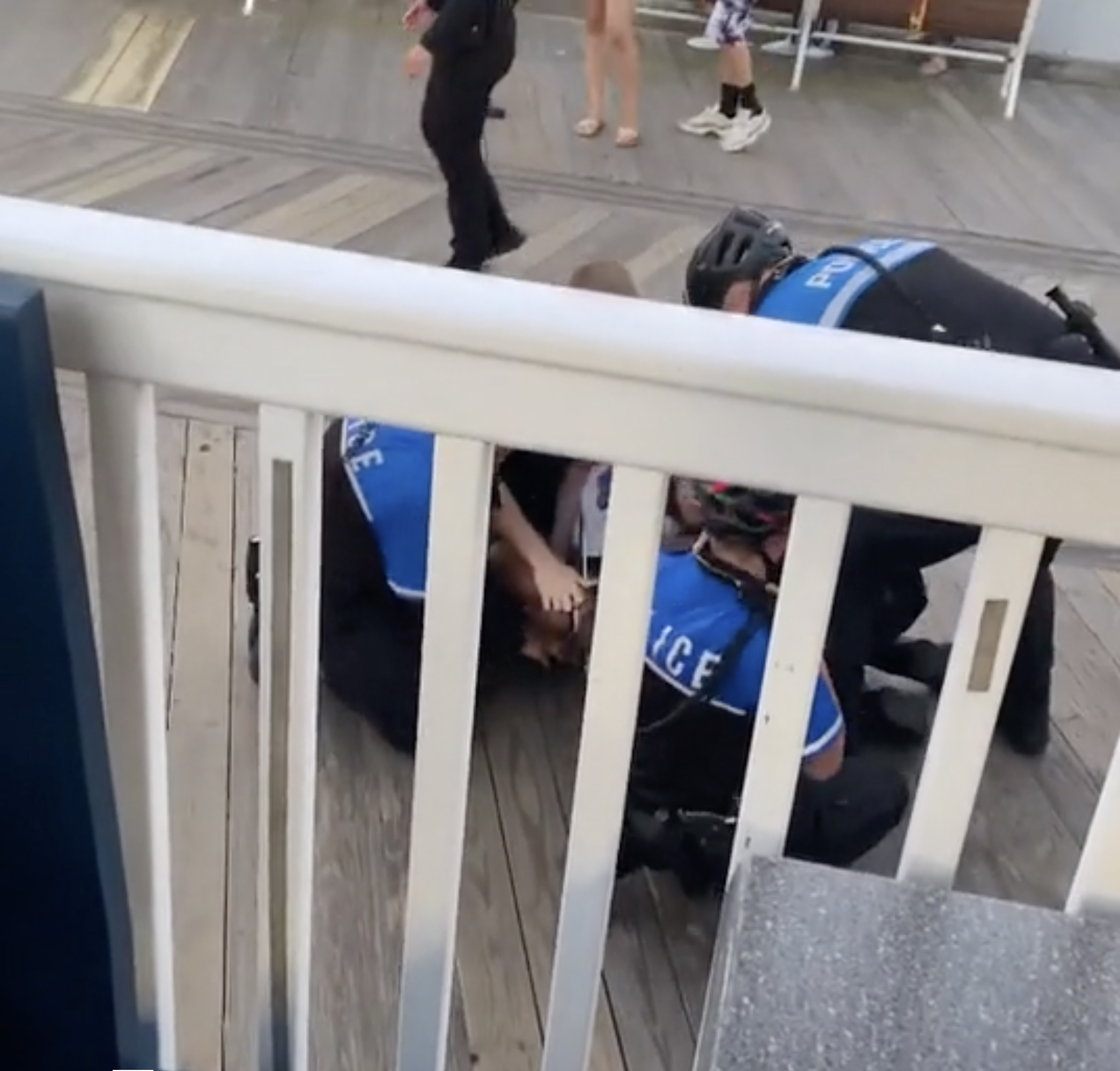 In another equally shocking video, another man can be seen on the ground with three officers crouched over him as he shouts, "I'm not resisting arrest!"

One of the officers then repeatedly drives his knee into the man's side until the teen stops speaking.

In the clash between the police and the surrounding crowd after Anderson was Tased, three other men in the group were arrested for disorderly conduct and resisting arrest.

Kamere Anthony Day, 19, was arrested for yelling profanities at the officers, Jahtique John Lewis, 18, for attempting to hit a public safety aide with a police bicycle, and Khalil Warren, 19, for refusing to move off of private property.

All four of the arrested have since been released.

A press release put out the next day states that the interaction began when Anderson and a group of other young men would not stop vaping when asked by police. 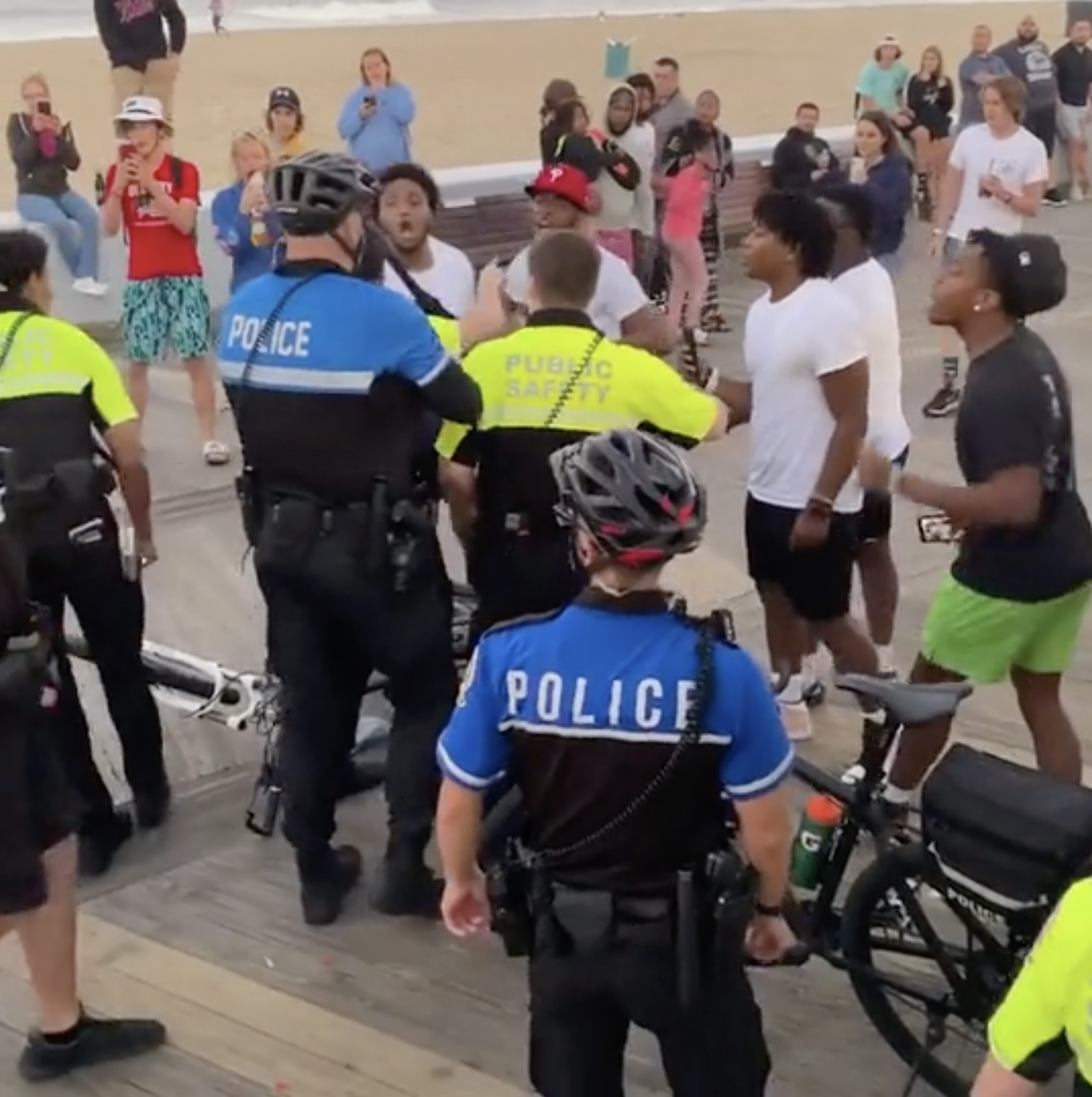 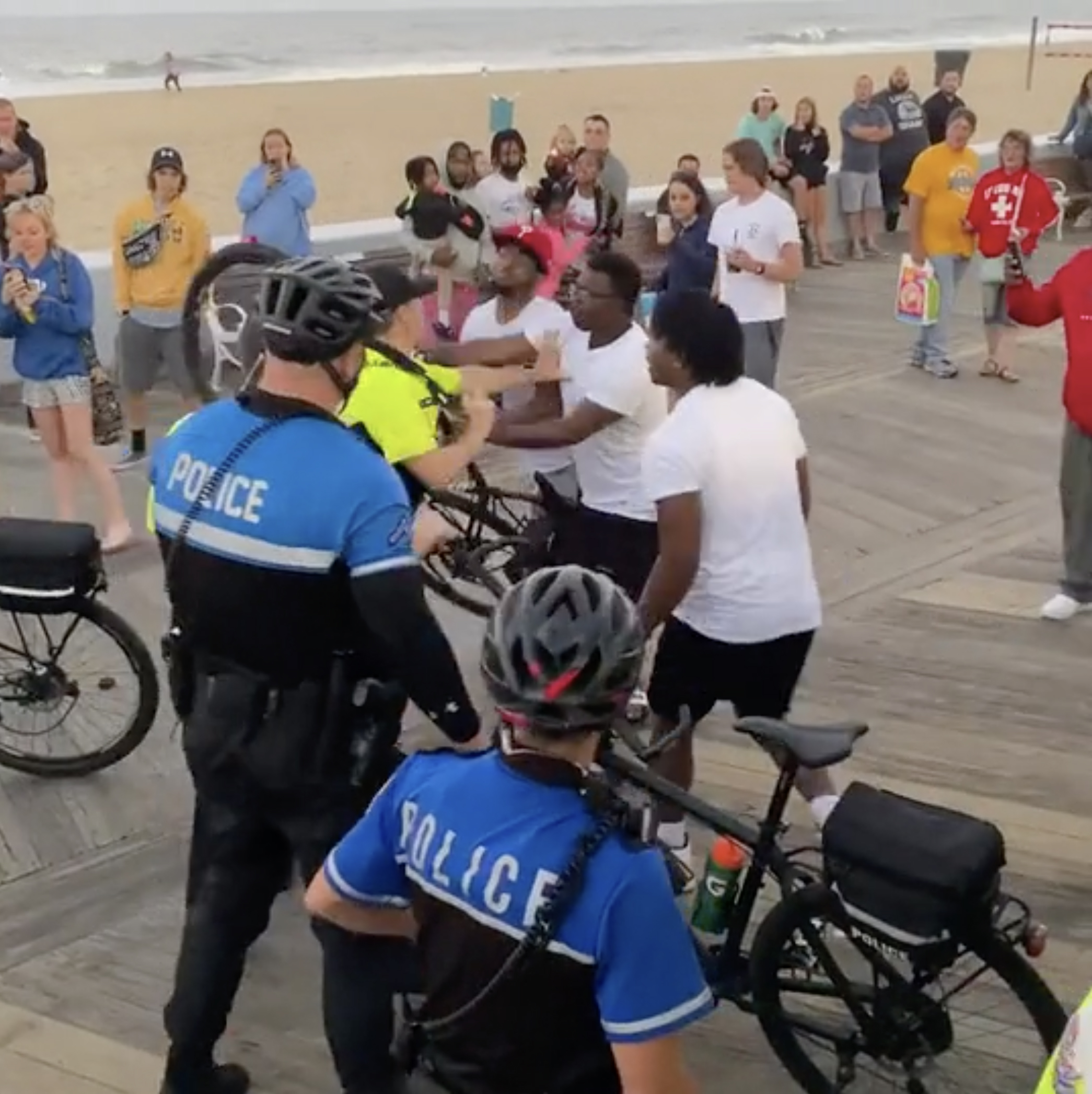 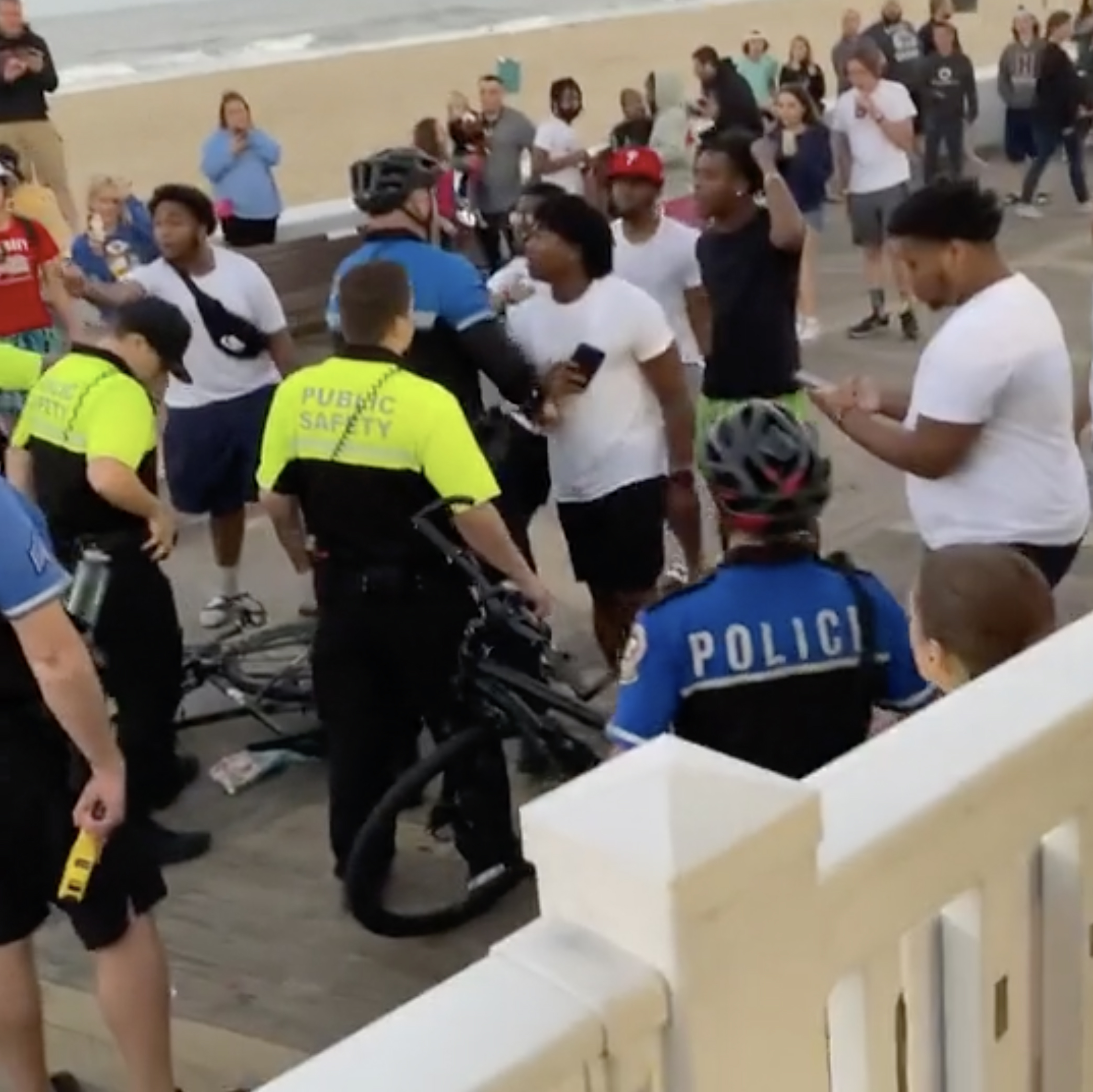 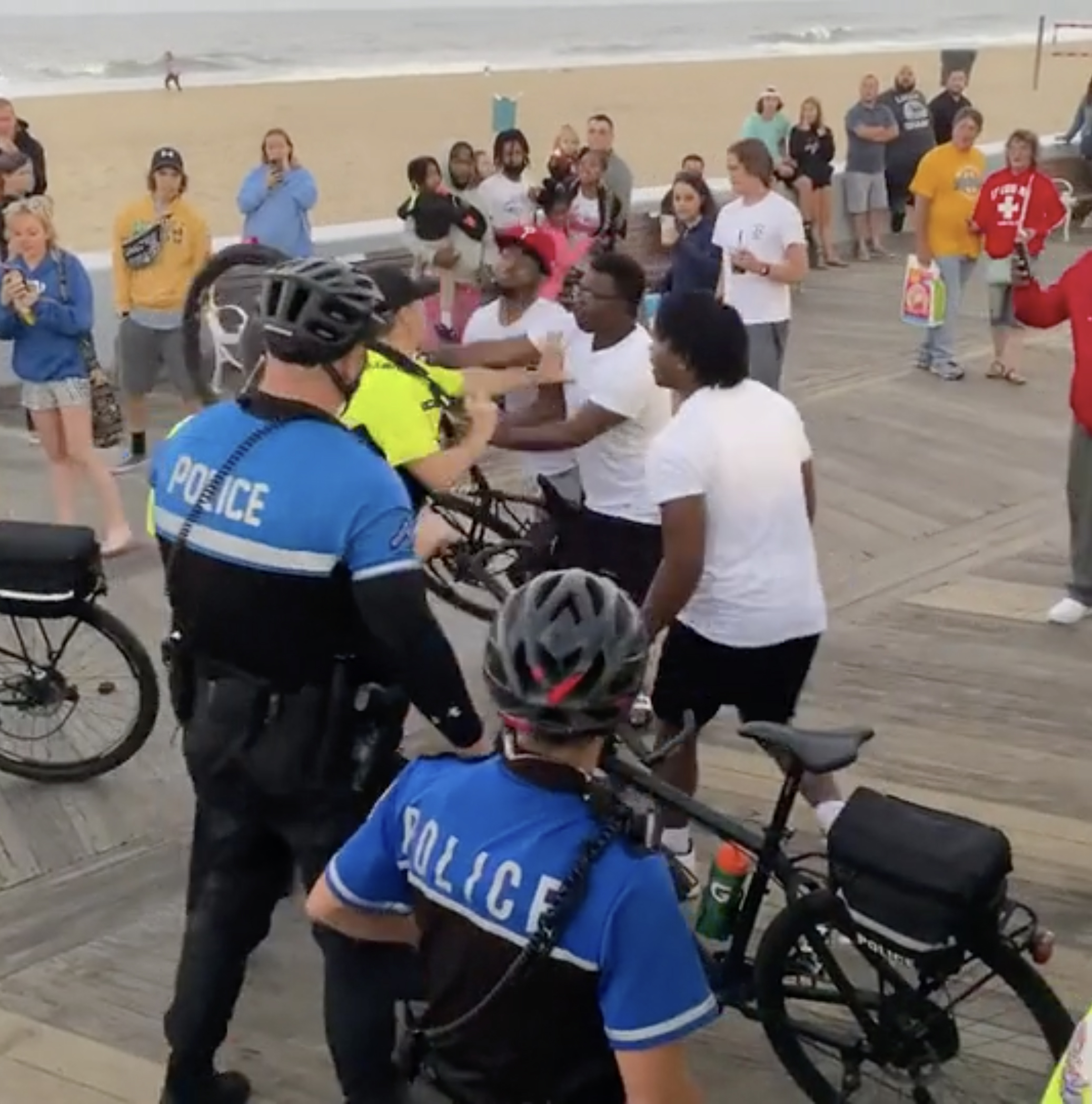 Anderson would not provide his identification and "became disorderly" as "a large crowd of people began to form around the officers," the press release says.

"We are aware of the social media videos circulating regarding this incident. Our officers are permitted to use force, per their training, to overcome exhibited resistance."

Ocean City officials did not immediately return The US Sun's request for comment.