A left-wing Labour MP was forced to apologise last night after appearing at a protest at which police were branded ‘assassins’ and activists called for ‘no cops’.

Zarah Sultana sparked fury from some Labour members after a photograph emerged of her standing alongside protesters bearing inflammatory anti-police banners.

But after The Mail on Sunday challenged the staunch Jeremy Corbyn supporter yesterday, she said: ‘I absolutely do not share those views.’

She also said she regretted not checking the signs the protesters were carrying. 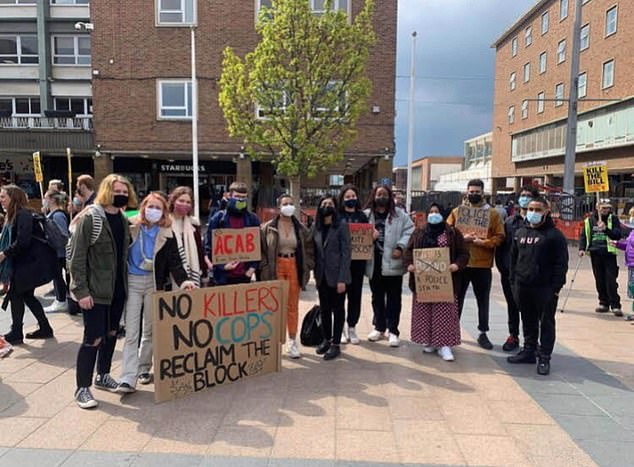 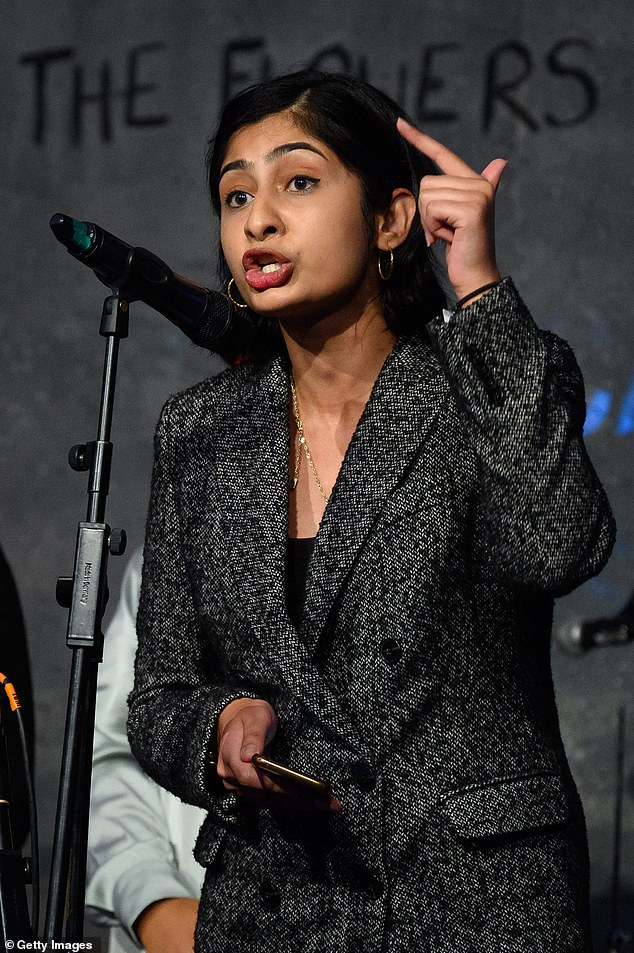 After The Mail on Sunday challenged the staunch Jeremy Corbyn supporter yesterday, she said: ‘I absolutely do not share those views’

At 28, the Coventry South MP is already being touted in Labour’s hard-Left circles as the person best placed to take on the mantle of former leader Mr Corbyn.

But there was anger in her party last week after it emerged that on May 1 she appeared at the rally in Coventry where the offensive anti-police banners were displayed.

A photograph showed her standing in the city’s Broadgate within feet of a man holding a sign proclaiming ‘Police are the assassins’. Another carried a cardboard placard declaring ‘ACAB’ – which stands for ‘All Cops Are Bastards’.

A third stated ‘No Killers, No Cops, Reclaim The Block’.

The Kill The Bill rally was held against the Government’s Police, Crime, Sentencing and Courts Bill, which would give police in England and Wales more power to impose conditions on non-violent protests. Labour opposes it for ‘disproportionately and unnecessarily’ removing the right to peaceful protest.

But sources said Ms Sultana’s appearance at this event had undermined Sir Keir Starmer’s bid to re-establish Labour as a party of law and order.

Ms Sultana is a leading light in the Socialist Campaign Group of MPs loyal to Mr Corbyn.

Labour investigated her over social-media posts in 2015 in which she said she would celebrate the deaths of Tony Blair and former Israeli Prime Minister Benjamin Netanyahu.

Last night she said: ‘This was a busy demonstration defending our hard-won civil liberties with lots of people taking photographs and I regret not checking the signs people around me were holding.’