Coronavirus ‘will be with us permanently’ and the world will have to learn to live with it, former Bank of England deputy governor warns

The former deputy director of the Bank of England has warned that the coronavirus ‘will be with us permanently’ as he claims policymakers have a ‘huge job’ on their hands as they try and stop businesses from closing down.

John Gieve today said that the world ‘will have to learn to live with the virus’, that has so far killed 36 people in the UK.

He said policymakers would be looking at ways to sustain businesses that have been hit by the global outbreak.

This morning another £117 billion was wiped off British shares after the FTSE plummeted 9 per cent to dip below 5,000 as trading was suspended in the US. 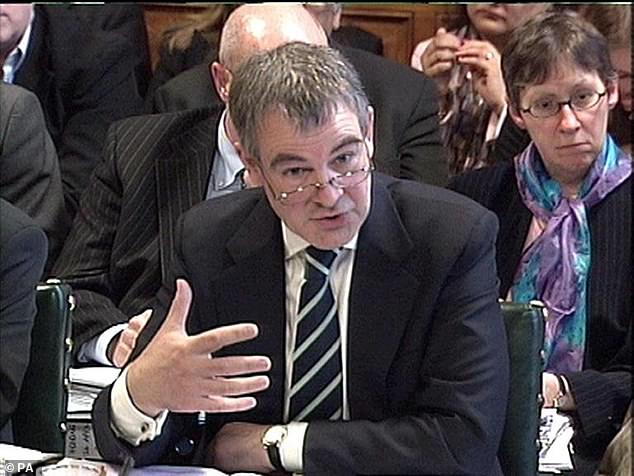 John Gieve (pictured above) today said that the world will have to learn to live with the virus, that has so far killed 36 people in the UK 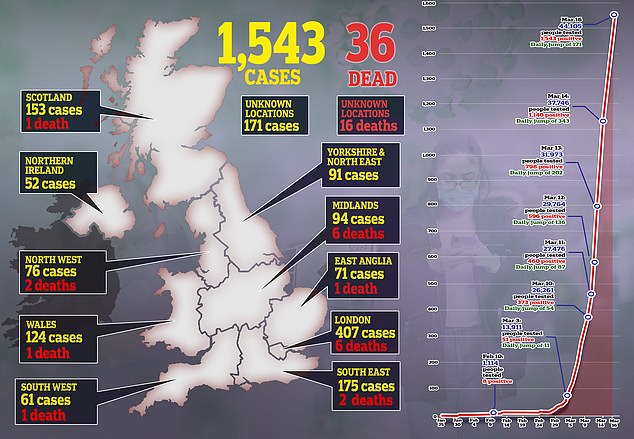 Global central banks have stepped in to battle the virus crisis but Mr Gieve said the peak impact on the economy was ‘still unclear’.

Speaking on CNBC he said: ‘The difficulty here is that people are making their own decisions, so the government might be saying: ‘go to your bank, build up your debts’, but some businesses will be thinking: ‘well if I face three months of that I’m never going to be able to pay this back, so I’d better close down now.

‘That, economically, is the biggest problem, and of course it’s very difficult because we don’t know whether we’re talking three months, six months.

‘Clearly, COVID-19 is with us now permanently – that’s something we’ve got to get used to over a period of years – but when the peak impact on the economy’s going to be, I think that’s still a bit unclear.’

Strategists have also been calling on policy makers to do more to quell the uncertainty.

CIO of the Embark Group also told the show that the world hadn’t seen such ‘economic dislocation since World War Two’.

He also said that governments would need to take direct action to smooth this over.

Meanwhile trading in shares was suspended on the US markets after the S&P 500 fell more than 8 per cent on market open and the Dow Jones lost almost 10 per cent of its value.

The index dropped to its lowest level since October 2011, adding to last week’s 17 per cent fall. It had already lost more than £500billion in the three weeks before today.

In the US, the massive drop triggered a circuit breaker within minutes of the market open today for the second time in a week, although it re-opened minutes later.