A COUPLE were left horrified after finding a huge huntsman spider in their Amazon delivery parcel.

Mark and Gemma Smith ordered some Christmas decorations from the retail giant – but were shocked to find the giant creepy crawly in the packing paper. 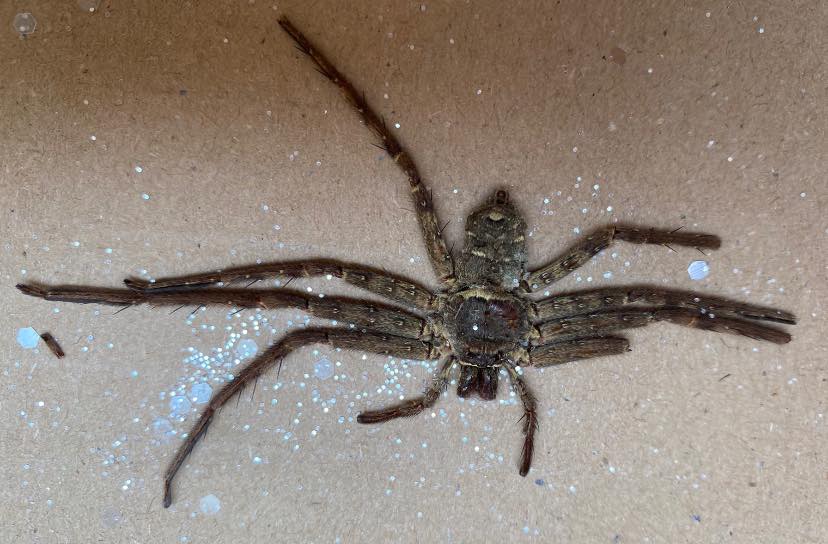 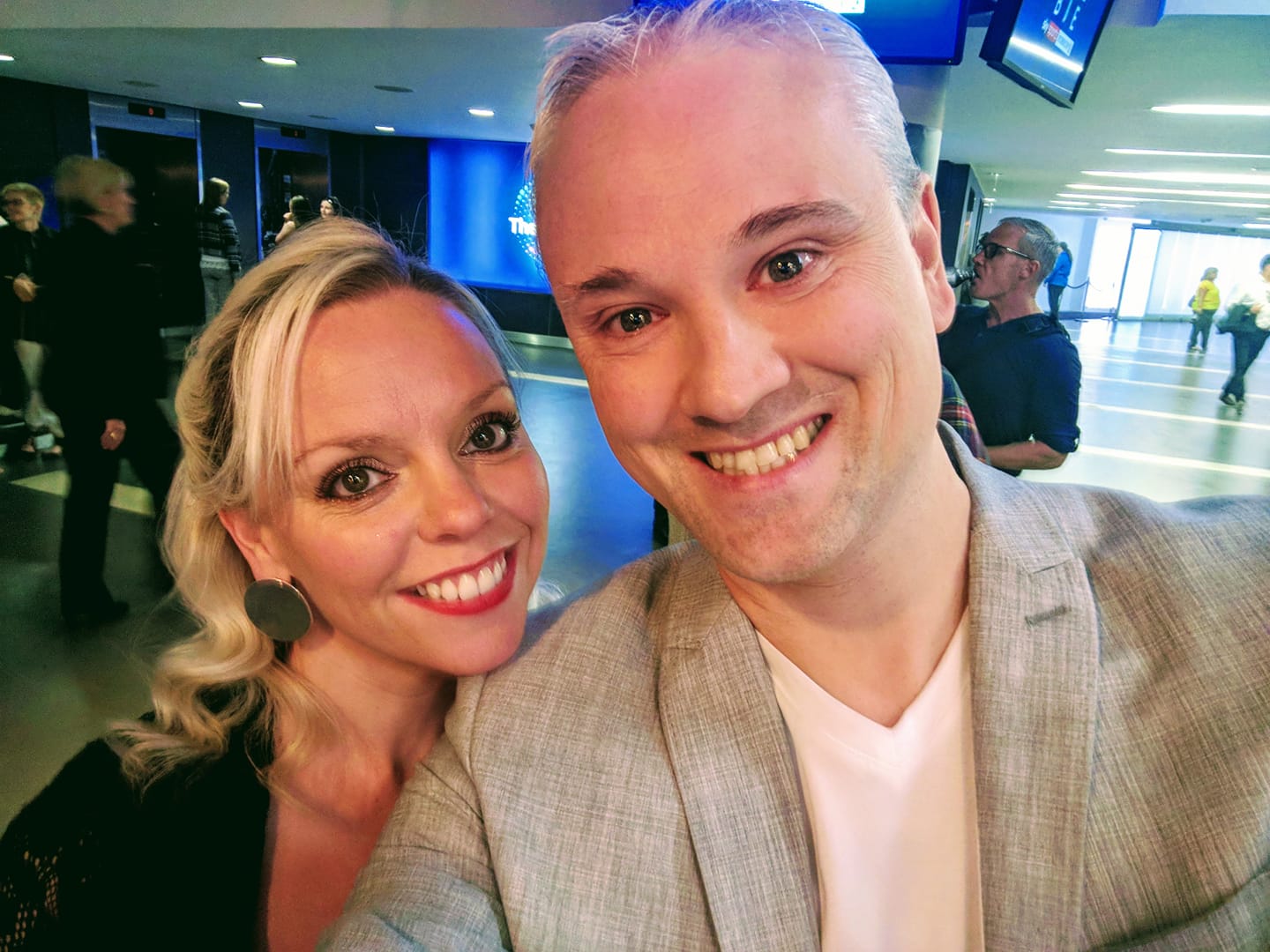 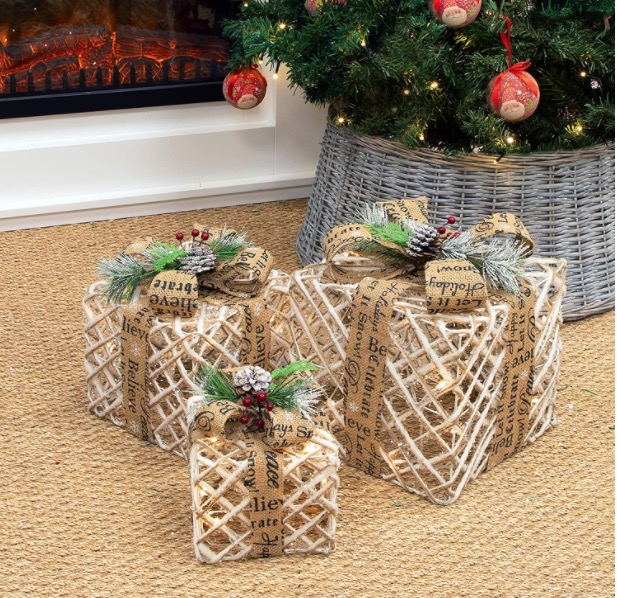 The couple ordered a £32.99 Set of three Light-Up Christmas Boxes last Saturday – and it had sat untouched in the house for two days before arachnophobe Gemma opened it.

She freaked out when she spotted the 10cm wide spider on the packing paper, and flung it across the room fearing there could be more of them inside.

Gemma, 38, called her husband in a panic who rushed home from work.

“I literally chucked the box. I didn’t know if there were any more in there.”

Musician Mark, 45, who lives with Gemma and their three kids in Shanklin, Isle of Wight, said: “I was at work she rang me and said ‘I have just had the most scary thing happen to me’.

“She has arachnophobia because of this bad experience with spiders as a kid.

He added: “I don’t know where the package came from in the world.

“It must have been alive when it got in there.” 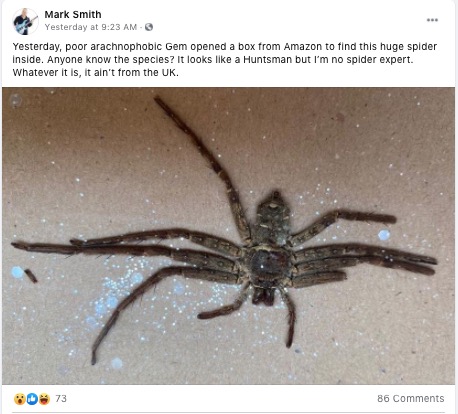 There are a variety of huntsman spiders – the second largest in the world – which are native to Australia and Asia.

Spider expert Samantha Nixon, based in Brisbane, Australia confirmed it was a Huntsman – renowned for their size and speed.

The freakish looking spiders are known to bite humans – but are unlikely to kill them.

And although they are large and fast, their venom is harmless to humans.

Mark posted a photo of the spider on Facebook and said: “Poor arachnophobic Gem opened a box from Amazon to find this huge spider inside.

“Anyone know the species? It looks like a Huntsman but I’m no spider expert. Whatever it is, it ain’t from the UK.”

Mark added: “Better check the bin to make sure it's still there!”